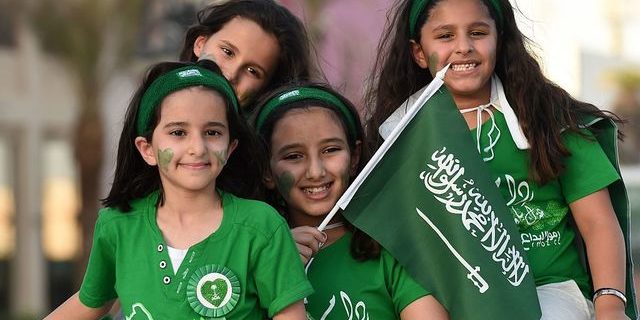 The Arab world is full of beautiful names that spread widely and reach the whole world.

One of the most important Arab countries that include countless advantages and meanings in choosing a name is Saudi Arabia.

Saudi culture is characterized by the richness of its elements of material and human heritage, traditions, and urban civilization development, with continuous growth in the visual, musical and performing arts.

This went hand in hand with the artistic production, publishing, literary and intellectual production movements.

Saudi names are distinguished by their beauty, distinction, and permanence renewal.

Thus, today we shed light on the most beautiful and distinguished names of the famous girls in Saudi Arabia. 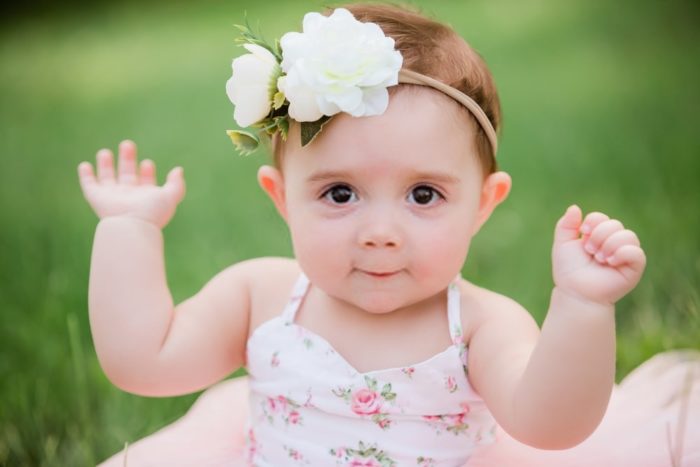 2.Wasem: Anyone who puts a sign on something to save it.

4.Athelah: The girl who has an origin and honor, whether by lineage or race.

5.Allen: The name is derived from softness and means the most beautiful woman in the world.

6.Heidi: It is German in origin and means the noble girl of high-level origin.

8.Mismam femininity and beauty and the stigma is the feminine organ inside the flower.

10.Layan the gentle breeze that surrounds the palm.

11.Rond: The name of a plant whose leaves are broad.

12.Ryanah: This name is feminine, meaning the girl who drank after thirst, which is the opposite of thirst.

14.Sajia: a good, uninformed girl who deals with her instinct.

15.Laura: This name is of Persian origin and means plateau.

16.Iran:  an active, cheerful girl who loves to laugh and play.

17.Diam:  heavy rain that does not stop.

19.Dimah: heavy rain that is not accompanied by hurricanes, thunder, or lightning.

20.Amal:  a kind and beloved girl who thinks before she does and always ponders for good.

21.Ahlam: The girl who is smart and strong, has ambition, and always strives for it.

23.Badour:  the beautiful, shy girl who takes her right and takes revenge for herself.

24.Boushra: The mysterious, intelligent girl who loves those around her, and it means good news.

25.Badriya: The rational and discreet girl who keeps secrets and is strong in her character.

26.Qawyyah: The straightforward girl who doesn’t like anyone mistaking her.

27.Tahany: a girl with light blood, but with some caution, and it carries the meaning of blessing.

28.Hanan: The affectionate girl with light blood, obedient, and selfish at times.

29.Hassa: a girl with a strong personality and likable, but she has little luck in life.

30.Zainab: The girl with character and the beautiful girl in her form and sensitivity.

31.Zahra: The smart girl who knows what she wants and reaches for it, but she is very jealous.

32.Zakia: The girl who loves to play, jokes, and is affectionate.

33.Samah: The forgiving and loyal girl who thinks with her mind first.

34.Salwa: A good and service girl, but she has no luck in her life to achieve her ambitions.

35.Souad: The girl who spreads happiness and pleasure among people, smart but deceiving.

38.Sana: The beloved girl is sincere, thinks with her heart before her mind, and this causes her a lot of trouble.

39.Shouaa: The smart girl who knows what she wants and has a strong personality.

40.Sherifa: The girl who maintains herself and her honor are serious in her words and actions.

41.Shawq: The soft-hearted girl thinks with her heart and loves everyone, but worries a lot about her affairs.

42.Abeer: The good and naughty girl, and it means the beautiful fragrant smell.

43.Aisha: The patient, loyal and compassionate girl thinks with her heart she loves a lot and walks behind her heart and finds a lot of trouble.

44.Aziza: The independent, discreet, rational girl whom some see as heavy-blooded because of her constant seriousness in dealing.

45.Al-Anoud: A strong, intelligent girl who draws you from her great ambition and daring, which you cannot find like her.

46.Faten: The attractive, beautiful girl who draws the attention of those around her.

49.Lina: A good girl, sensitive to her nature and strong feelings, but she does not understand that much, so they see her as arrogant.

50.Layla: She is a strong, charismatic person who likes to joke around.

51.Munira: The girl who is clear, frank, and who does not like deception and lies, and a warm woman. 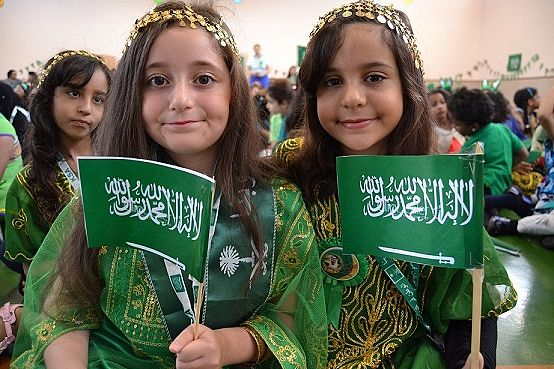 53.Mary: A good girl with her instinct and following her affection.

54.Mona: The calm, calm girl who loves appearances and does not like gossip.

55.Mashael: The lovable social girl, but her life is dominated by mystery.

56.Norah: The strong personality is frank and loves clarity. She thinks with her mind first.

57.Noof: The girl who loves friendships and adventures, loves history and heritage.

58.Nawal: She has a kind, likable and sociable personality, but she is stubborn.

59.Nadia: A strong personality who strives to prove herself in love with adventure, she thinks more than once before making a decision.

61.Wafaa: The loyal and loyal girl, a smart girl and reaching what she wants.

62.Yasemin: The owner of a kind heart, a service that loves good to those around her, but is exuberant, and my name is like the fragrant white jasmine flower.

63.Madeleine: It’s the name of a dessert or summer fruit.

65.Manar: The girl who shines a light with her beauty.

67.Mira: the food that a person has in store.

69.Nardin: It is the name of a plant that smells good and is used for decoration.

71.Wajed:  reality and truth or being.

72.Wasen: The girl who loves to sleep.

73.Wasaf: The girl with beautiful qualities.

75.Yulia: It is of Syrian origin and means ambition.

76.Ritaj: One of the names of the Holy Kaaba.

78.Esaad:  offering happiness to others.

81.Bisan: It is a place in Palestine.

85.Elham: Its meaning is a revelation

86.Moriah: A name mentioned in the Qur’an that means horse

87.Ramsa: the hidden one

90.Zahra: He is the smart girl

93.Rama: the curtain of the Kaaba

95.Lamar:  gold water, the sparkle of the sword.

97.Amalia:  the sweet girl who is loved by everyone.

100.Thawibah: Reducing and pampering the garment while it is worn.

The most beautiful female names

101.Ruqyah: Tenderness and kindness or elevation and ascension, and the name can be from ruqyah, and it is the incantation that is said to ward off envy and evil from a person.

103.Habiba: The beloved, the beloved.

104.Slave: Dove or lupus, and also it is the soul and the name of a shrub.

106.Reef: The plural of the countryside, which is the fertile countryside that is full of crops.

115.Tijan:  the kings’ headdress, which comes from a crown.

116.Ibaa: that which transcends minor sins.

118.Ariam: The deer and the beautiful slim girl.

119.Meadows: The wide, fertile, and beautiful land that contains many plants.

123.Melaf: A name derived from intimacy, affection, compassion and love.

124.Neeve: Excessive more than a thing, and the name suggests generosity.

126.Nilida: It means the bright light.

129.Gabriella: It means God is the source of strength, and it is the name of Prince Michael’s daughter, the Prince of Kent.

130.Helena: The name of the Roman Empress Helena, as well as the third daughter of Queen Victoria, meaning light.

131.Isabella: It is the Spanish pronunciation of Isabella, the name of many queens and princesses over the latter, and it means God’s promise.

132.Jin: It’s Lady Jane Gray’s name, and she’s been a queen for only nine days, and her name means mercy.

133.Katy: Katy is a miniature of the name Catherine, which is the name of many queens and princesses, the last of which is Princess Kate Middleton, and her name means purity.

135.Savannah: It is the name of Prince Peter Philip’s daughter, and it means the land without trees.

137.Victoria: The name of many queens and princesses, meaning victory.

138.Wanda: The name of a Polish queen, meaning little tree.

139.Xena: It’s the name of a Russian duchess, meaning welcome.

140.Olga: It is also pronounced as Helga, which is a famous name in the Russian court and means sacred.

141.Philippa: Greek name, the name of the mother of Alexander the Great, and it means the love of horses.

142.Quinn: It is a royal name given to the fifth daughter in the royal family, and means Queen.

143.Rose: The name of the princess, daughter of King George, meaning rose.

146.Lababa: the best of everything.

147.Tamadur: Taken from the past, meaning milk when tasted with the tongue.

148.Hind:  of great prestige and value equivalent to one hundred camels.

150.Sajda: It means placing the forehead on the ground.

Here we have come to the conclusion of our article with the most prominent names in the Kingdom of Saudi Arabia, which are dominated by the names of the Badia.