Arabic Names That Start With S And Their Meanings 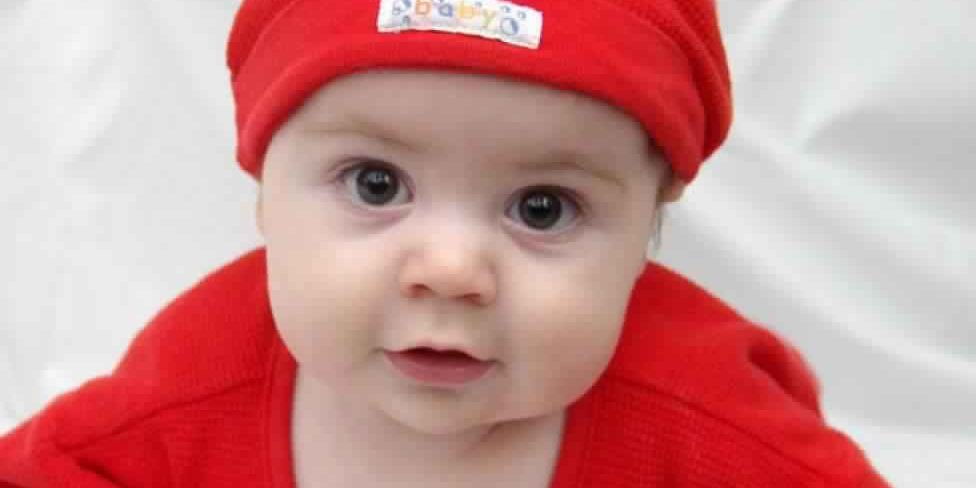 Those whose name begins with the letter S are active socialists.

Most of them like to draw the world’s attention to them and mix with them, and also hate loneliness and isolation from people.

Affective life is one of the secrets of their psychological stability, and they consider the beloved the center of their lives, as he is the friend, the lover and the family.

To forget that they are very sensitive and any word may hurt them and hurt them, and others should pay close attention to the way they speak with them so that they do not lose their friendship.

Sometimes they are dominated by the character of jealousy and possessiveness, and they love the lights and seek to gain the attention of those around them.

They may sometimes tend to be selfish.

You find them good and creative friends who can work in many fields but who excel in business the most.

Arabic names that start with S and their meanings 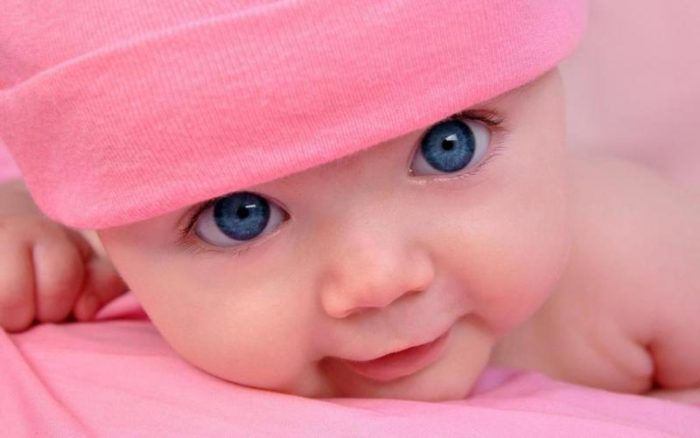 Arabic names that start with S of females

The letter S includes many distinctive and unpopular girls’ names,

In this article, we put in your hands a comprehensive collection of girls’ names with the letter S with different meanings.

2.Suhaila: One of its meanings is the star in the sky.

3.Sarah: All that preaches and delights the beholder and the listener.

4.Sultana: the girl with power, money, prestige, authority, and might.

5.Saaida: The girl who dominates her people or her tribe and who is recognized by those around her of her sovereignty over them

It may mean its domination and control, whether by its power or the clarity of its opinions.

6.Sumaya: The plural of the name Sama, which is height and height.

7.Suni: It means light and light.

8.Soha:  the hidden and invisible planet.

10.Salama: A name that can be masculine or feminine, meaning safety from defects and innocence from malice.

12.Silwana: Silwana is a bead that some people take as a fortress to protect them from envy.

13.Suleiman: It is a miniature name from the name Salma and has the same meaning as mentioned earlier.

15.Sanha: The thing that comes from the right.

16.Sajiya: Singular for the name Sajaya, and it has the same meaning.

17.Sahira: It comes from magic, which is a diminution of the name of a witch, and magic means discord and the departure of the mind from the abundance of beauty.

19.Sukarya: In the sense of a beautiful-looking bowl or bowl.

20.Slavey: It means wine in the first process of its squeezing.

21.Sajia: The quiet girl who does not frequent words and gossip.

23.Satiaa: The illumination that fills with its light the place that surrounds it.

24.Saifa: The girl who loves to help others.

25.Saqiah: It means the small place of water that people draw from, i.e. the small stream.

27.Samiha: It means a girl who is forgiving.

28.Suria: Attributed to the State of Syria.

29.Samaher: It means the hard or strong thing, and it may mean the moderate and straight thing such as the spear.

30.Sally: It means the forgotten or the amusing girl, and it might mean the rush of water.

32.Sirin: A name that has an Urdu origin and means fortune.

33.Sajida: A name derived from prostration and reverence to God.

34.Salma: It is a kind of sweet-smelling plant

It means the sweet word on the lips of travelers returning from exile.

37.Sarab: imagination, deceitful hope that has no basis in reality, and false hope.

38.Sari: walking and walking at night.

39.Sinai: Attributed to the Sinai governorate, whose sands witnessed the blood of the martyrs and testified to the victory and the victory of the landowners

It is the land of turquoise. 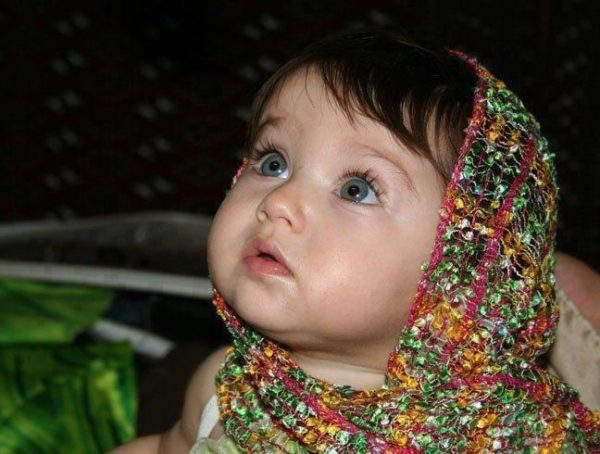 40.Sajaya: It means the nature and instinct that a person is

It means, the girl in her nature without being overly and without pretension.

41.Solaf: It means the front and vanguard of an army, tribe, or a certain squadron

It means the beginning and introduction of anything

It is the primary liquor.

43.Solina: The girl who fights for herself

It may mean the fighter girl seeks her right or to is influenced by others.

44.Sedan: An Islamic name, which means covering the Kaaba.

Perhaps it means the soul that is finally good after parting and saying goodbye.

47.Siwar: Its meaning is the jewelry worn by women.

48.Selene: An ancient Greek name, the name of the Greek moon goddess

It means the brightness of the periodic moon that occurs every night.

49.Samaa: is the thing higher than the ground.

51.Sariyah: It means the Syriac and the Walk

It may mean the pole on which the flag hangs over the horizon as a flagpole.

52.Sahira: This name means the spring of running water

It may mean flat earth or something that does not sleep and stay up.

53.Sabuqah: It means the molten piece of any metal, whether gold, silver, or otherwise.

54.Sundus: It is the garment of the people of Paradise, and it is a type of silk cloth that God Almighty has promised His servants who fear Him in Paradise.

55.Sabegha: It means the generous girl who gives free of charge.

57.Sabiqa: It means the past or the thing that is gone.

58.Sally: The forgetful girl who doesn’t focus too long.

59.Samra: The one who chats and is fluent in talking and speaking.

60.Saba: It means calm and stillness.

63.Sada: The well-known or famous girl.

64.Sarra: It means the net point inside you, which is the heart, so each of us has his own bed.

66.Suhaira: A dissident from the name Sahar, which means the girl who does not sleep and loves to stay up late.

67.Sispan: It is a yellow flower with a pleasant smell.

68.Sivana: It means a tall and slim girl.

69.Sabiqa: The girl who develops from herself and advances and precedes others.

70.Satira: The girl who maintains her honor and honor, whether in her father’s house or her husband’s house.

Arabic names that start with S of males 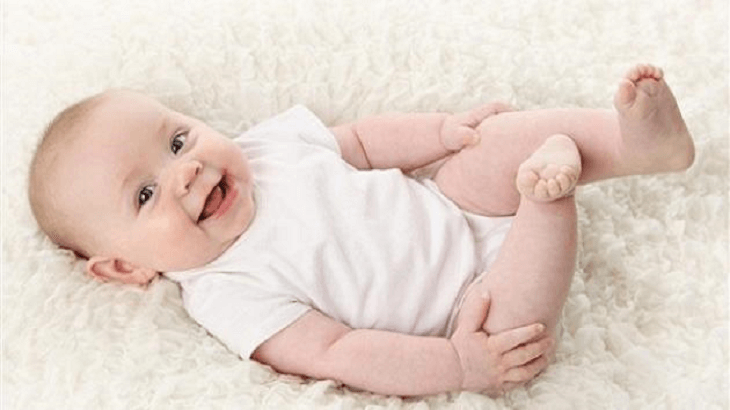 Parents should focus on choosing the name for the newborn

Some families want to choose a name that starts with a specific letter in line with the father and family name.

To facilitate those looking for names for children with the letter S, we will put this list

1.Selim: It has spread significantly lately

It means free from defects. This word is mentioned in the Holy Quran.

2.Sarmad: It means that which has no beginning or end, or the eternal, or the long night, or the endless night

This word has been mentioned in the Holy Quran

3.Salama:  the one who exaggerates the peace of others, it is a kind of greeting and submission.

This word has been mentioned in the Holy Quran.

5.Sagi:  the static, the quiet, the soft, the permanent, or the night if it becomes too dark.

6.Siraj:  the luminous lamp, in addition to that it means the lines of the face, palm, and forehead

It is also the fertile place in the valley, or it is the virtuous lineage, or the night when the moon sets.

7.Soleiman: He is a man of peace, or without defects, and he is the name of God’s prophet, peace be upon him.

8.Saeed: He is a person with good luck, happy and happy.

9.Sameh: He is a tolerant and generous horse.

11.Sameer: ​​He is the dealer who talks to people at night in the night field, especially those meetings that take place in the light of the moon

12.Slayit: He is an eloquent and tactful speaker.

13.Sindar:  protector of humans, and the name is very distinctive because it is used for both types, whether they are male or female.

15.Solan: He is a solo singer and a solo performer as well.

16.Sahid: The meaning of beauty.

Or in the sense of a lot staying up late and insomnia.

17.Siwar: The meaning of the ornament that a woman wears about her solidity.

18.Samar: There are two meanings of the Arabic name Samar, one of which is watery milk and the other is that it refers to a type of herbal plant that is usually used to make baskets.

19.Sofan: It means the captain and maker of the ship.

20.Sahid: It is difficult for him to sleep at night and he is very up late because of too much thinking, especially about love and feelings.

Generally speaking, it refers to a person of high standing and sovereignty.

22.Surin: It means strict, and the name refers to a brave man with a strict, serious personality.

23.Sol: The sun, you mean with a beautiful bright face.

24.Syan: The gift or the gift and the gift of grace from God.

25.Saif: A name referring to a white weapon known to mean a strong, courageous man who protects others.

26.Sumher: The tough man is like a spear and the brave, brave, and daring man.

27.Senmar: The person who has a lot of sleep at night or the moon.

28.Saden: The servant of the Holy Kaaba, or who is the pilgrim or the doorman.

29.Sweilem: Reducing Salem in the sense of healthy and innocent of faults and diseases.

30.Slan: The first wine to be squeezed out is the introduction of the army and the military.

31.Sapphire: Whatever fell from tree leaves, the Messenger who reconciled among the people.

32.Sarab: What is seen in the middle of the day of extreme heat, like water, sticking to the ground

Proverbial in lying and deceit.

33.Saddad: righteousness and guidance, the correctness of words and deeds, the correct opinion.

34.Sadeem: glowing cloudy patches in space resulting from the condensation of celestial bodies.

35.Sayer: The hopper, the inner rebel, the walker, the goer, the famous proverb, and all things and the following.

36.Sahi: Dopey, who does not know what is going on around him.

37.Sarri: The traveler at night, the tree trunk when he steps into the ground, and the companion at night.

39.Sajid: He who puts his forehead on the ground in prayer and submissive obedience.