The Best And Most Preferred Fruit Names In Arabic And English 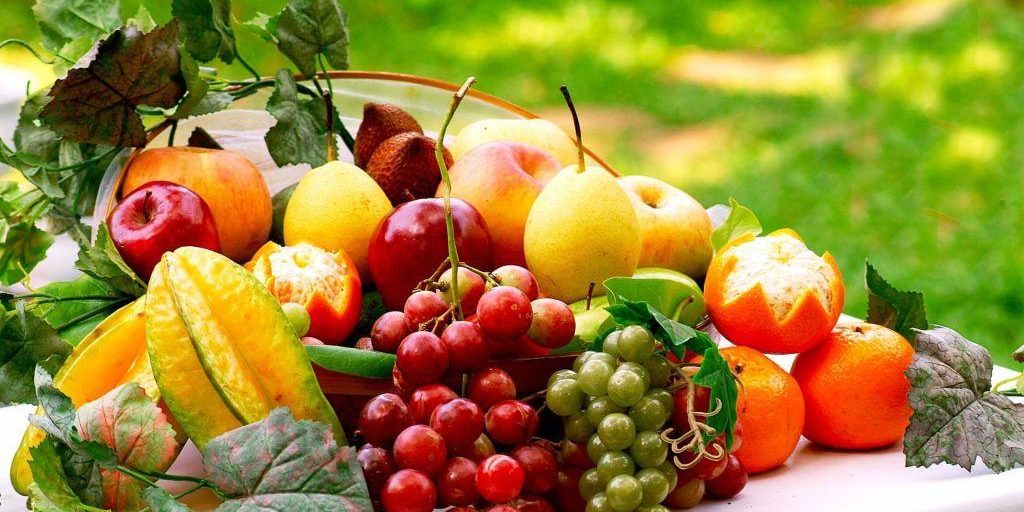 Because it contains a lot of iron, vitamins, antioxidants and dietary fiber that the body needs,

It also helps fight many diseases

Fruits are also distinguished by their many varieties, shapes, and delicious taste, and are involved in the manufacture of many sweets, skin and hair care products.

It is also very useful for diets and weight loss. Because it contains very few calories despite its sweet taste,

They eliminate free radicals in the body that produce the product of the metabolism that occurs in the body.

Or as a result of external pollutants, such as sunlight, smoking, and other pollutants.

Red grapes, raspberries, and strawberries are among the fruits that contain most antioxidants.

Here we will deal with the most prominent names of fruits, their names and their meanings in Arabic

most preferred Fruit names in Arabic and English 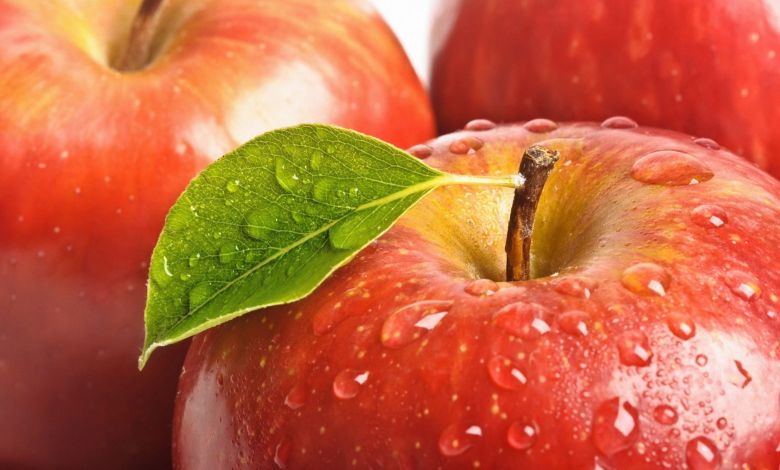 It is fruity because it contains the seeds of the pink family.

It is one of the most cultivated fruit trees. The apple tree is small and deciduous

Their length ranges from 3 to 12 meters

Flowering occurs in the spring at the same time as the leaves originate, and the tree’s flowers are white with a pinkish tinge that gradually fades.

It has five petals, and its diameter is from 2.5 to 3.5 centimeters.

The tree began in Central Asia

Where we still find its wild ancestor today.

There are more than 7,500 known cultivars of apples. 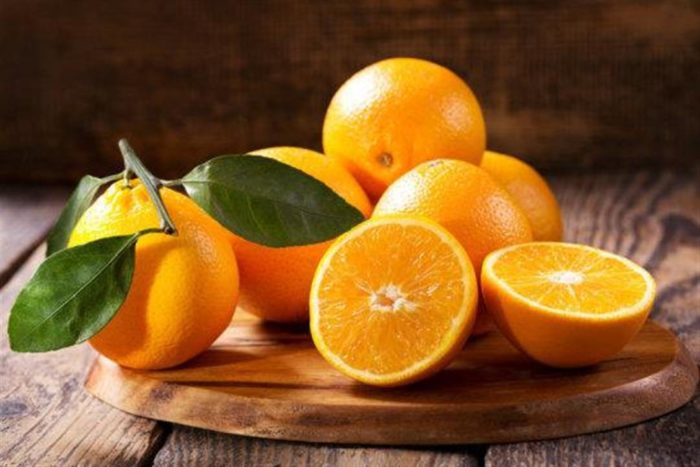 Also, It also contains vitamin A and is a source of sodium, potassium, magnesium, copper, sulfur and chlorine.

It is one of the foods that form alkalis, as it leaves behind the alkaline substance in the tissues, and then it is used

This is what drives the improvement and lifting of the body’s resistance.

Brazil is the first country in orange production in the world, followed by the United States, Mexico, and India.

1.Sweet oranges: It is called diabetic oranges and is considered one of the most economically important orange strains.

2.Mandarin orange: It is a type of very sweet, small orange with a thin peel.

The oil is extracted from it by pressing and used for flavoring and perfumery.

4.Navel orange: also named for the presence of a protuberance resembling a navel at the top of the fruit. 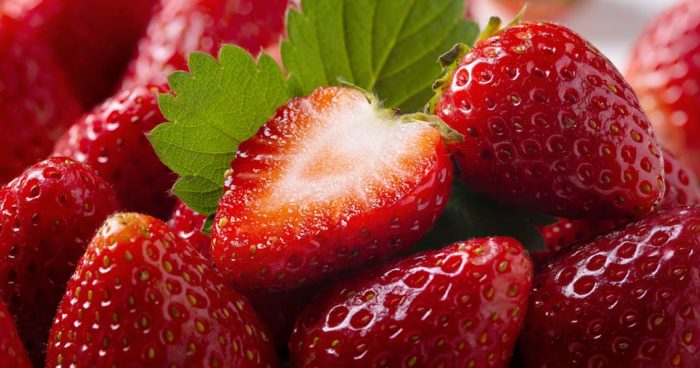 It is a botanical species that follows the genus of the pink cleave.

At the beginning of the decade, the fruits are green, then turn white, then partly pink and then red

The area of ? the colored part increases gradually and the discoloration starts from the apical tip of the fruit to the basal end 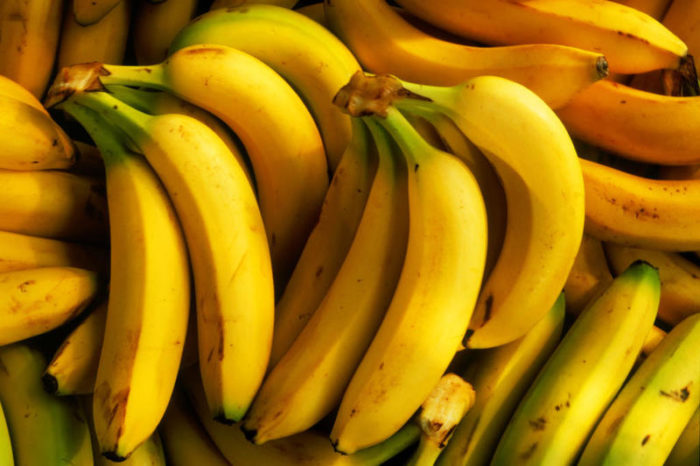 Fruit names in Arabic and English:

One of the most important fruit crops

It plays an important role in the economy of many countries

Because of its sweetness of taste and the distinctive flavor of banana,

In addition to the portability of its fruits for transport, circulation and storage.

Bananas reproduce in many ways, but the most important of them are the offspring.

They are plants that consist of the buds located on the true stem of the plant and located below the soil surface.

These plants are separated from the mother and planted directly in the orchard.

There is now a modern method to reproduce it using plant tissue technology.

A class of the genus Peaches of the family Pink.

Cherry includes many varieties that are classified within the almond trees.

Cherry fruits are rich in vitamins and minerals

It is one of the natural sources that can provide the body with copious amounts of potassium and energy.

There are two types of cherries, sour cherries, or they have a slightly sour flavor, so they are red

Cherry blossoms are very beautiful and in Japan the cherry tree blossom season is celebrated.

Cherries are cultivated in the Arab world in many countries, including: Jordan, Syria, Lebanon, Algeria and Morocco. 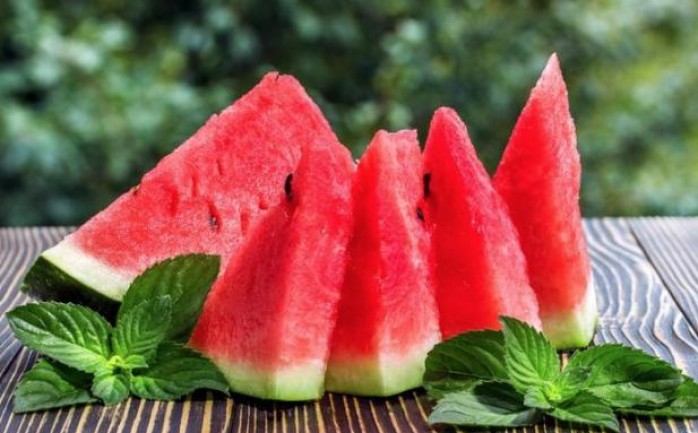 It is a summer climbing plant that produces spherical or cylindrical fruits with a light green or dark green color, with a sweet-tasting red pulp.

Other varieties with different pulp colors, such as yellow, orange and white, are produced from it, with black seeds having white pulp.

Watermelon seeds are rich in high-interest proteins, with 30 milligrams per (10 grams) of seeds high in unsaturated fats and of good nutrition.

Especially the name (Omega), which helps in lowering the level of cholesterol in the blood.

Watermelon fruit is used as a tonic and quenching food

Watermelon fruits ripen within (3-4) months from the start of planting seeds.

The ripe fruit is muffled when it is squeezed, and the sound resonates when it is ripe. 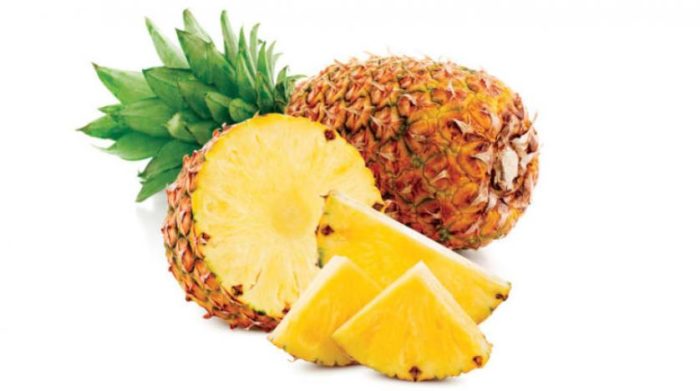 It is a plant that follows the Pineapple genus of the Bromeliad family. Pineapple is a tropical fruit that grows only in tropical regions.

Pineapple is an eye-catching, pyramid shape, with a delicious taste

Its color is light yellow (lemon).

It was first discovered on the American continent

But she was unknown, although they had been wondering about her for several years.

Very rich in vitamins and yeasts that aid digestion.

Pineapple is widely used in juices, cocktails and smoothies

You can also prepare desserts from pineapple, such as pineapple cake 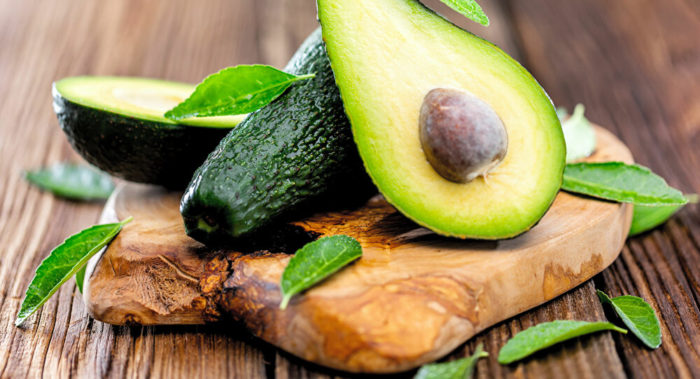 It is a perennial tree that is always green

It reaches a height of 18 meters, it blooms in early spring, and its flowers are very abundant.

Especially in America, Europe and Australia due to its high dietary value

Its cultivation needs deep, salt-free soil and a moderate environment.

It is a plant species that follows the genus Agarwood.

Also, It is a plant of the guerrilla family, and it is native to tropical America

It has small green leaves and flowers, and green or purple fleshy fruits.

And also in Mexico and Chile

Or it can be added to hot dishes such as shrimp and others. 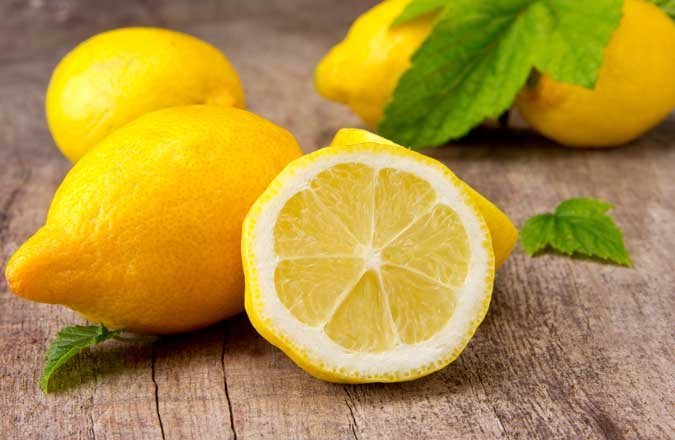 A type of plant that follows the genus of lemons.

The lemon tree is usually small, the highest height it can reach is about 6 meters.

The fruit is oval-shaped, yellow in color, with a sour taste.

In addition, lemon is used to add flavor to some drinks, such as lemonade or some soft drinks.

Examples of B vitamins are vitamin B2 or riboflavin

As well as vitamin B3 or niacin, a deficiency of which leads to pellagra. 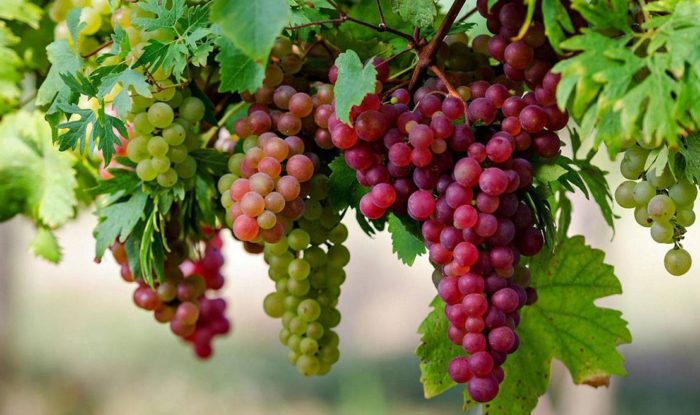 10.Inab: means the fruit of grapes

Grapes appear on clusters where there are usually between six and three hundred fruits.

The color of the grape fruits varies according to its varieties, and their colors are either black, blue, purple, golden, greenish or white.

Fossils discovered for grape seeds and leaves indicate that humans have been eating and feeding on grapes since prehistoric times.

Grapes were known in ancient civilizations in Mesopotamia, the ancient Levant

Grapes are fruits with good nutritional and therapeutic value

It has been known since ancient times when the Chinese and Indians consumed it with a desire for its high nutritional value. 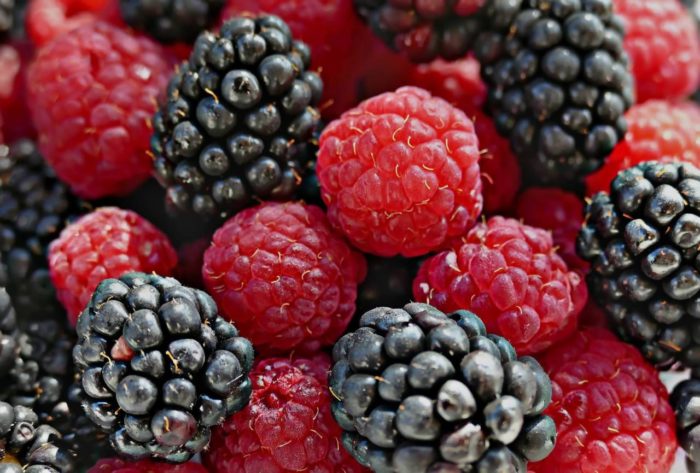 Fruit names in Arabic and English:

Berries are a tree genus that is grown for its fruit, and is eaten by humans

The silkworm is raised on its leaves, and its varieties are many.

But blackberries, in particular, contain very high concentrations of a phytochemical called anthocyanins.

Berries were found in the graves of Hawara, and the Pharaohs used them as food and as part of medicinal recipes.

The color of the Arabian berries varies according to its size

It is white, green, pink, red, and black.

Fruits: nutritious and tonic, ripe ones are eaten in the morning on an empty stomach to soften the stomach

It is advised not to overdo it. 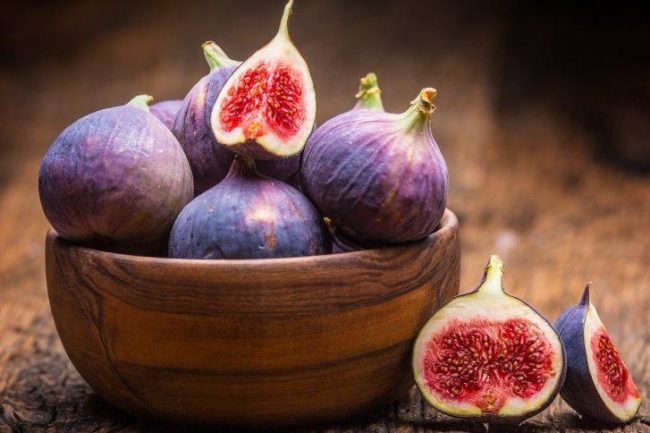 It is grown in West Asia and the Middle East

But its habitat stretches from Turkey to northern India

Widespread in the Mediterranean countries

Figs provide the human body with vitamins, minerals and fiber

They contain a large proportion of sugar and major mineral salts, such as calcium, phosphorus and vitamin C,

It is a fruit that has been appreciated since ancient times for its dry, juicy green form

It is believed that lands rich in lime are very necessary to produce the finest varieties, especially those suitable for drying. 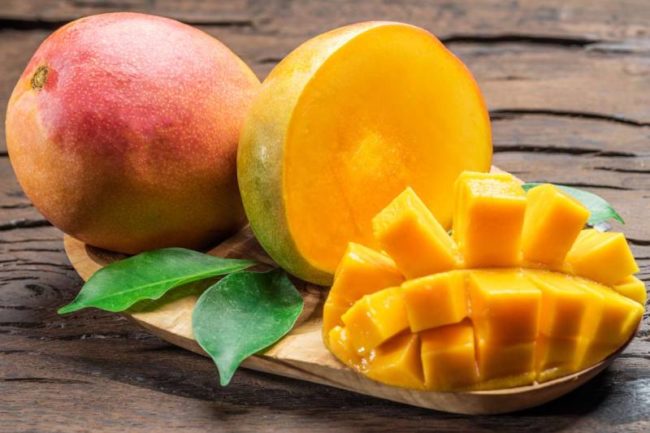 A crusty fruit with a core belonging to the genus Mangifera

It consists of a large number of tropical fruit trees

In soil, the main root extends to a depth of 6 m (20 ft) with many nutritious, widely spread roots

Its tree grows in tropical and subtropical climates. It is native to India and Indochina

It is grown in Yemen, Egypt, Gaza Strip and Sudan

Recently, it was successfully cultivated in southern Saudi Arabia, in the Jizan region. 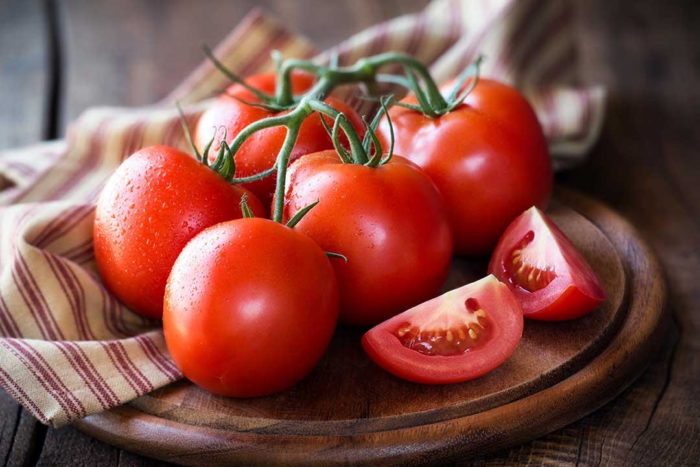 Tomatoes are grown in temperate and warm regions and belong to the genus Solanum, which includes several other wild species

It spread all over the world

After the Spanish colonization of the Americas

Tomatoes are now grown on a large scale

It is often grown in greenhouses to maintain temperature.

Tomatoes are consumed in many different ways

It can be used as a raw fruit without additives

It is an ingredient in many dishes, sauces, and drinks

It has weak trunks that often extend to the ground.

Some people still recommend eating them for people with constipation and diabetes, for heart patients, and for general health