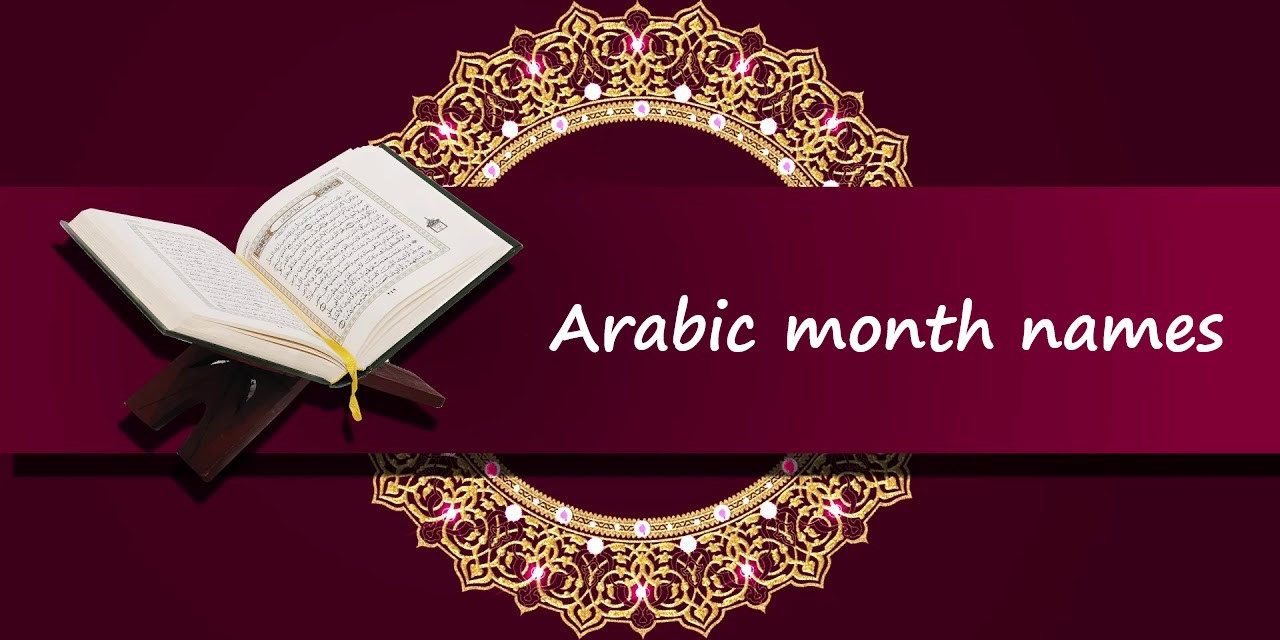 There are two chronological calendars in the Arab world, the Gregorian and the Hijri

The first to establish the Gregorian calendar was Pope Gregory XIII

That was the year 1582 AD, and it was intended that the Passover holiday be determined

But he was Catholic, so only Catholic churches relied on his calendar.

The Roman calendar was one of the first calendars used by mankind. The word “Birth” means the birth of Jesus, the son of Mary, peace be upon him.

Then January and February were added to this calendar.

As for the year in the Gregorian calendar, it consists of twelve months, as the days of the year increased to 365 days

This indicates the rotation of the earth around the sun.

While the Hijri calendar was taken based on the migration of the Prophet, may God bless him and grant him peace, from Mecca to Medina

It was used in all correspondence between kings and princes.

The Hijri months enter the Hijri calendar, as Muslims depend on it for the knowledge of many occasions related to the Islamic religion.

That is, the Hijri year is 11 days shorter than the Gregorian year. 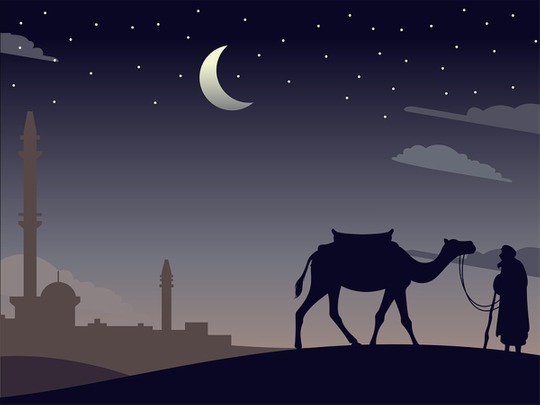 1.Muharram: (Muharram al-Haram), which is the first month of the Hijri year and one of the sacred months.

Muharram was called because the Arabs before Islam were forbidden to fight in it.

The most famous occasions that took place in Muharram

Muharram 2 – The arrival of Imam Hussein bin Ali to Karbala

2.Safar: It was called Safar because the lands of the Arabs used to fweep, meaning they invited their people there for war.

The most famous occasions that occurred in the month of Safar:

1 Safar— Entry of the convoy of captives to the Levant

Safar 7— Commemorating the death of Imam Hussain bin Ali, when Shiites from different parts of Iraq set out for Karbala on foot.

Safar 20— The 40th day passed since the martyrdom of Imam Hussein.

3.Rabi` al-Awwal: so-called because it was named in Rabi`, so he needed that name.

The most famous occasions that occurred in the month of Rabi` al-Awwal:

17 Rabi` al-Awwal— The Birth of the Prophet Muhammad

4.Rabi` al-Akhir: so named because it followed the month called Rabi` al-Awwal.

The most famous occasions that occurred in the month of Rabi` al-Akher:

5.Jumada al-Awwal: It was called before Islam by the name of Jumada Khamsa.

It was called Jumada because it occurred in the winter at the time of naming, when the water froze and it was feminine.

The most famous occasions that occurred in the month of Jumada I:

6.Jumada al-Akhira: It was so named because it followed the month called Jumada al-Awwal.

The most famous occasions that occurred in the month of Jumada al-Akher:

The death of Umm al-Banin on the 13th of Jumada al-Akhira.

7.Rajab: It is one of the sacred months.

It was called Rajab because it was one of the sacred months, and the Arabs used to swing their spears in it, that is, to remove the blade from the spear, and the people to stop fighting.

Rajab was said to mean stopping the fight; the Hijri calendar follows the movement of the moon

And every year 11 days progress

The most famous occasions that occurred in the month of Rajab:

The birth of Imam Ali bin Abi Talib on Rajab 13

8.Sha’ban: Because it is between Rajab and Ramadan, and it was said that it was called Shaban because people disperse in it and branch out in search of water.

There is an opinion that it may have been called Sha`ban because the Arabs used to divide in it and separated for war after they abstained from it in the month of Rajab.

The most famous occasions that occurred in the month of Sha`ban:

The birth of Imam Hussein bin Ali on 3 Shaban

Half of Shaban – Birth of the Imam al-Mahdi 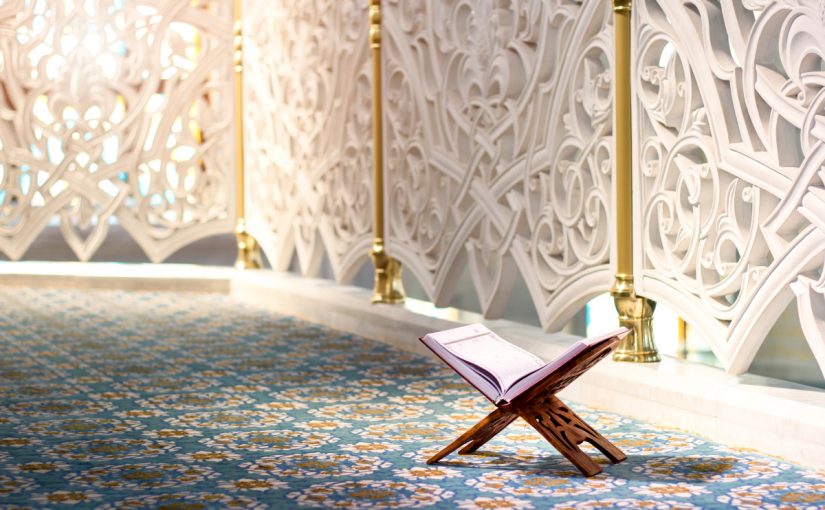 9.Ramadan: It is the month of fasting for Muslims.

It was called that due to the intensity of the sun’s occurrence in it at the time of its name, as the period in which it was called was extremely hot.

The most famous occasions that occurred in the month of Ramadan:

10.Shawwal: It is the month in which Eid al-Fitr falls.

The most famous occasions that occurred in the month of Shawwal:

The most famous occasions that occurred in the month of Dhu al-Qi’dah:

12.Dhu al-Hijjah: This includes the Hajj season, Eid al-Adha, and the sacred months

It has been so called because pre-Islamic Arabs go for Hajj in this month.

Due to the dependence of the Hijri calendar on the movement of the moon, the Hijri year advances each year by 11 days

Therefore, the Hijri months may fall in seasons that differ from the seasons for which they were named at the time of their adoption.

The most famous occasions that occurred in the month of Dhu al-Hijjah:

The day of Arafah on the 9th of Dhu al-Hijjah.

Eid al-Adha on the 10th of Dhu al-Hijjah.

Eid al-Ghadeer on the 18th of Dhu al-Hijjah.

13.Tishreen1,2: It means October and November.

From ancient Tishri and Tishri Harari, meaning the previous and later October.

In Babylonian Shuru, Aramaic is bad, and Arabic is prescribed, all meaning the beginning

Because this month was the first month of the Syriac year.

It is an official holiday in many Arab countries

A religious occasion for Muslims in which they celebrate the birthday of the Prophet Muhammad, may God bless him and grant him peace.

14.Kanoun 1,2: It means December and January

An independent Syriac term that was not mentioned by the Babylonians or in the Torah.

The word Cannon is attributed by some scholars to the Babylonian origin, meaning winter

Another interpretation is that the kanun is the stove, meaning a vessel for making a fire (this is a close interpretation, because the word canon means a stove used a lot in the Levant).

Anis Freiha believes that it is from the root “ken” in Hebrew;

The initial meaning of this root is the base, the proof and the stability,

This is a graduation that approximates reality, because the word “be calm and settled” is used a lot in Syria, especially Damascus).

The most important occasions 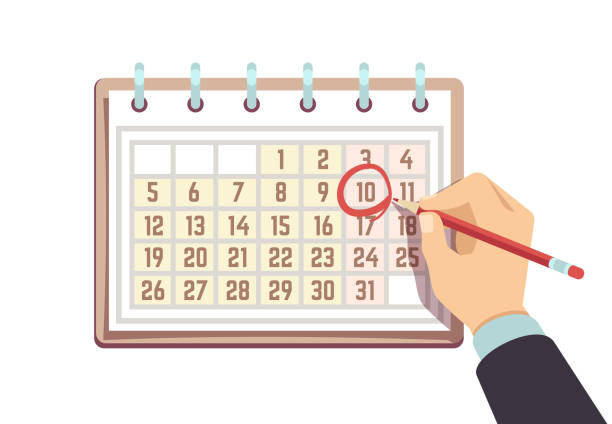 The Gregorian year is attributed to the birth of the Prophet Jesus, peace be upon him.

The timing of the calendar year is linked to the solar cycle around the globe.

It is a Christian religious occasion,

It is the second most important Christian holiday, after Easter.

It was associated with ceremonial ceremonies and the performance of special prayers by Christians.

From Syriac from the root of Shabat, and it is used to be beaten, flogged, and whipped.

It is from the Babylonian Shabutu, and they made it to the god Ramman, the god of whirlwind, storm and thunder.

It is a day designated by UNESCO (the United Nations Educational, Scientific and Cultural Organization) with the aim of promoting multilingualism and preserving threatened languages.

The origin of the name Babylonian is attributed to the god Assyria.

There are multiple views of the root.

Fariha believes that the root is a waste that means sound and noise. Because of the storms.

Its history varies from country to country.

Its date in the Arab world is the first day of the spring semester, i.e. March 21st.

Syriacs derive it from grass or spring greenery.

When the Jews returned from exile, they changed the name of the month from Nisan to Abib, meaning the flower, and the ears and the spring were called.

That is the meaning of their capital’s name; Because they built it on barren sands north of Jaffa, due to making it a spring and flower area.

The original Babylonian meaning to move and start; Because life moves and begins to grow with blooming.

Most Arab countries organize it on the first Friday of April every year.

Then the idea expanded in 2006, when the Council of Arab Ministers of Social Affairs decided to designate an Arab day for orphans.

It is International Labor Day, and it is an official holiday in most countries of the world

It is a secular socialist communist celebration, held in many countries to celebrate the workers.

It is wheat in Syriac. Because I harvested wheat in it.

It is not mentioned in Babylonian by this name.

Eid al-Fitr is one of the two Muslim feasts

In it, Muslims celebrate breaking the fast after fasting Ramadan.

It is an official holiday for a period of 3 days, and during which Muslims pray the Eid prayer after sunrise, and pray to their relatives during it, which are days of fun and games.

Babylonian in origin, Sumerian, meaning the son of life, according to the myth of Tammuz and his resurrection from the dead.

Anniversary of the July Revolution

It is the anniversary of a military coup in Egypt that occurred on July 23, 1952 AD

In it, Egyptian army officers led the military coup against the monarchy.

Babylonian, Apo, due to its intense heat, it was in Sumerian that it was dedicated to the god of fire.

The public says it is “the father of flame.”

Fariha believes that it is derived from a sublime root which is the sprouts and pastures in Syriac, meaning fruit and ripe fruit. Because it is a month of harvesting.

Ashura is the tenth day of the month of Muharram, and it is one of the days of God, and it has the merit of fasting, and there have been great accidents on it.

Here, we reach the end of our article about Arabic months names.