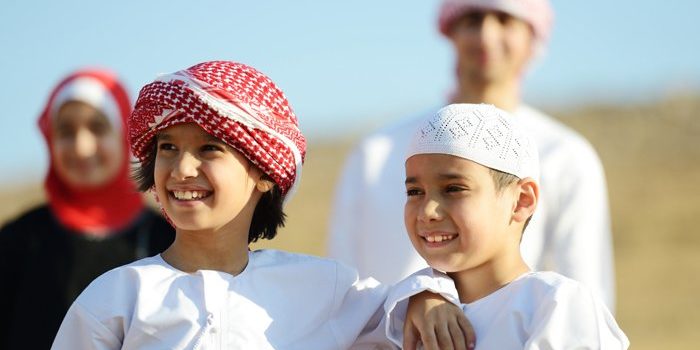 Saudi Arabia was home to many civilizations that flourished within its borders, including  Al-Maqar, Median, and Dilmun.

Also to the Arab kingdoms that arose in different places of the Arabian Peninsula.

Many civilizations flourished in the Arabian Peninsula that prevailed and then exterminated.

The Thamud civilization is considered one of the extinct civilizations, and it has reached a great extent of civilization and prosperity in northern Arabia.

The existence of a trade corridor and a caravan route in the Kingdom of Saudi Arabia contributed to the emergence of Arab kingdoms, and the peoples of those kingdoms established states along the trade routes.

The peoples of Median, Edom, Qaydar, Lahyan, Kinda, and the Nabateans and appointed states for them. Kings built cities and established extensive systems to irrigate their fields and farms.

Best 126 Saudi Arabian names with the fantastic meanings of them 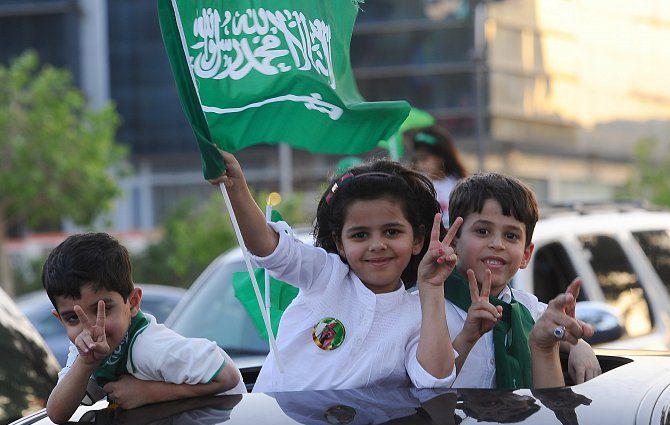 There are many beautiful names for Saudi girls.

Many lovers of Gulf names have come to want to know these beautiful and wonderful names for Saudi girls.

They are original and updated Saudi names, which have become of great importance to many mothers who want to use luxurious and beautiful Saudi daughters’ names.

2.Jareiyah: The active, energetic running girl or the running sun and the ship moving and running by the wind.

4.Zainab: The name of a tree known for its good looks and smell.

5.Umayrah: Meaning the one who intends a place to build it or whoever goes to the Holy Kaaba to perform the rituals of Umrah.

6.Gilah: The queen in the language of the people of the south.

7.Rawiah: Who narrates hadiths and news, as well as the waterwheel.

8.Soraya: This name means the group of hanging candles or the multi-light lighthouse suspended in the ceiling.

9.Fatima: Whose son was weaned from her or the child was separated from breastfeeding.

11.Amnah: The calm-hearted and reassuring from harm.

12.Hamna: The small one of the popular grapes in Taif, which is distinguished by its reddish-black color.

13.Khawla: The little doe, meaning the beautiful woman who imagined her beauty, or she is the owner and the one who is capable.

14.Safiyyah: The one that is free from every defect and the chosen one or is the camel that is abundant with milk or a tree with many fruits.

15.Nusseibeh: Of noble and original lineage known to have roots, or are appropriate and appropriate.

16.Sajia: The sedate, calm, and residing, and she is also soft-tempered. Dania: nearby.

17.Afraa: Dusty with dirt, as it is a type of antelope that is slow-moving.

Also, it is the white land or the thirteenth night of the lunar month in which the moon shines and becomes full.

18.Ateka: The one filled with perfume, whose face turned red due to the enough of perfume, or she is the beautiful and generous one.

19.Khadija: The woman who was born before her due date was still alive.

20.Oswah: Set a good example and a role model.

22.Raqiah : Civilization, progress, and sophistication, and it is noble and honorable.

23.Tamadur: The milk that the tongue savors before it reaches the throat.

24.Hind: The precious lady who equals one hundred camels or is attributed to India, and the name was known by the Arabs’ generosity.

25.Lababa: The pure and chosen from everything, or she is the lady of the people, as this name means the sweet bark of the fruit that is located between the peel and the cores.

26.Jumana: The pearl or the silver pill.

27.Svana: The pearl or the wind that blows on the earth.

28.Sirin: Plump and full of satiety.

29.Huneida: She is the generous and precious lady who equals one hundred camels.

30.Naela: Whoever gives her a gift or gift and generates generosity, which is the name of an idol that was used by Quraysh. 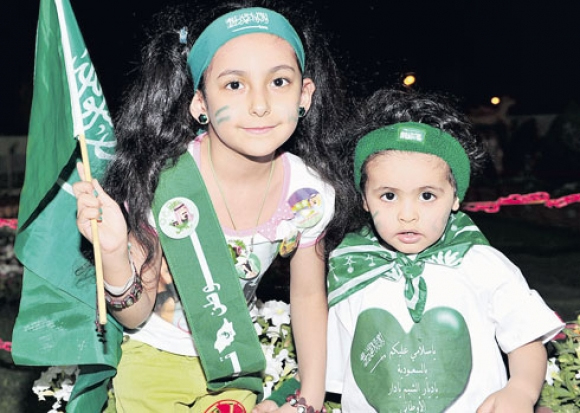 31.Sulaf: It is the best wine and the purest of everything.

32.Batlaa: The girl with determination and will that nothing can break.

33.Sedan: The servant of the Kaaba and the list of her affairs.

35.Dorsaff: The pure and precious pearl and the name consist of two parts, “Dor” meaning the great pearl, and “Saff” meaning the pure.

36.Lim: Reconciliation, familiarity, an agreement between people, affection, and love between them.

37.Gala: The highland region and the name refer to the high-ranking lady among the people and society.

38.Rausail: Freshwater, a sweet thing, a delicate-feeling girl with a kind heart.

40.Jalila: An attribute of the dignified, majestic woman whom people fear that people respect, or who is a woman of stature and standing among her peers.

41.Amal: It is ambition, desire, aspiration, hope, and security.

42.Jamila: The good face has a bright face, Girls are called optimistic about being beautiful in appearance.

44.Aliya: Many high and high standing, and attributed to sublime, sublime, and high.

45.Soheir: Insomnia and lack of sleep, or who prolongs the night at night and does not sleep much.

46.Naima: The calm mind and the ostrich to live comfortably in her life.

47.Layla: Alcohol and the onset of drunkenness, or it is the evening period of the day when the night falls.

This applies to the bearer of the name as a very beautiful girl, so that there are no girls like her in the world.

50.Sandy: Bright, you mean a girl with a bright face, good-looking, beautiful.

53.Sawsan: The name of a flower known for its many shapes, colors, and pleasant smell, and it is spread all over the world.

55.Mariah: The bright white or the wild cow known for its wide and very beautiful eyes, and it is said that it means the sea of ? pain and sorrows or the precious lady.

56.Rima: The little white fawn that has gone round. 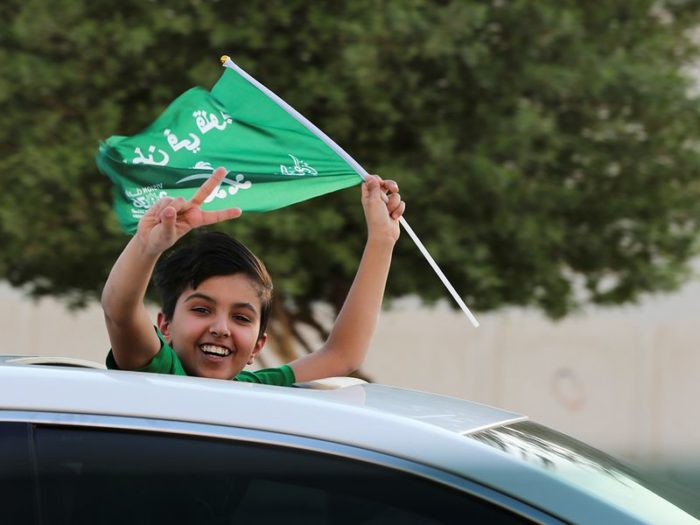 Each country has names that are noticeably and tangible, and this is what applies to the Kingdom of Saudi Arabia.

Which varies between names passed down between generations and reached us, including:

1.Ashham: It is derived from magnanimity and pride of the soul, and it is smart-hearted.

2.Asad: The fierce animal known for its guts.

4.Badi ‘: The most beautiful and the wondrous new; Who makes something like no other.

5.Badran: Meaning the moon on the night of the fourteenth of the month.

11.Fahed: It is the name of the well-known fast predator that resembles a lion.

12.Faisal: The judge and the ruler, and the person who separates truth from falsehood, or who is the cutting sword.

13.Salman: A person who is free from faults and pests or who is obedient and submissive.

14.Nayef: Giving and charity, the thing that is high and high.

15.Nibras: The lamp, the tooth of the spear, the brave, or the lion.

16.Hattan: Light rain or tears that descend slowly. Yamen: Blessed are his people or the auspicious.

18.Ribal: A name was given to one of the known and world-famous types of lions.

19.Delir: The Brave, the Strong, the Fighter, and the Warrior.

20.Roberto: The name Roberto is one of the names that are not strange to the call to prayer. It is a little common in Saudi Arabia and it means a person with glories and values.

21.Jacob: That name means the person who follows and succeeds another.

22.Carter: That means the carrier name.

23.Lacky: The name means a happy or cheerful person.

24.Kasir: The lazy or smash who breaks things.

25.Khaled: The permanent and the rest.

26.Majid: A person who has good morals, honorable or generous people.

27.Rashid: The righteous, the guiding, the wise, and the one who moves on the path of truth.

28.Nasser: Aide to victory, the stream of water to the valleys

32.Ammar: Venerable, strong of faith, of architecture and structure

36.Abbas: The lion from which the lions flee, frowns a lot.

38.Adam: The father of human beings, the Asmar, named after the Prophet Adam, peace be upon him

39.Bilal: Water, what is good for the mouth.

40.Naseer: Supporter of others

41.Omar: The name is derived from age which is life; It’s called optimism about the longevity of a newborn.

42.Nayyar: The intensity of the fire’s light and its heat

43.Waqas: Who breaks something.

44.Aseel: With authenticity and time between Asr and Maghrib

45.Amjad: In the sense of glory and the ancient past

47.Aws: A Coptic word meaning wolf, and it is a name for a Coptic tribe

49.Ilie: A foreign name meaning the beginning of something

54.Boutros: The name of one of the apostles, meaning the keeper of intuitive speed

57.Haitham: The Falcon. type of the strongest birds

59.Wasel: Reaching a goal, place, or something.

62.Jaber: Compensated for what was lost

66.Dhamar: A Yemeni city and one of the kings of Yemen.

67.Raji: Hope and not despair.

69.Ramiz: A symbol of the thing referring to

71.Adib: The adoption of the advantages of morals

72.Sari: The cloud that appears at night.

73.Tilal: All that is higher than the surface of the earth, its height, and its high position.

Here, we arrive at the end of the available comprehensive and complete Saudi names.

It includes ancient and modern names, royal and princess names, and most popular Arabic names in Arab and Islamic countries, and in the Kingdom, where we got the most popular names for children in the history of the Kingdom.