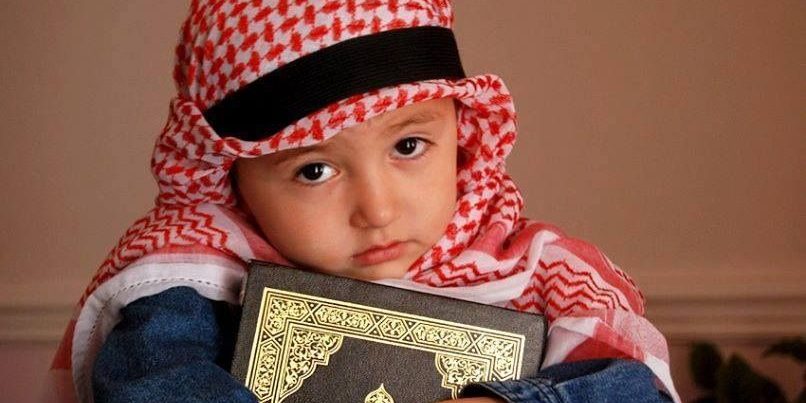 People whose name begins with the letter Z are the owners of a classic personality who enjoy a great deal of originality and distinction and have a high sense of responsibility.

They are distinguished by originality and sobriety.

And you find them humble and loving to those around them.

Decisive and firm in decisions without reconsidering.

And they give their opinion frankly up to the extent of hurting the feelings of others.

Their outside view suggests calm, but inside them is a volcano that could erupt at any moment.

They dare to express their feelings.

Also, They are smart and lack some vitality to do their job. They are good and emotional.

Because of their practical nature, you sometimes see them in need of love and romance to entertain themselves.

Now that I read all these characteristics about those who start with the letter Z, they have unique qualities from their peers

So it will be the best choice for your kid.

follow this article with us and read slowly to can choose carefully appropriate for children. 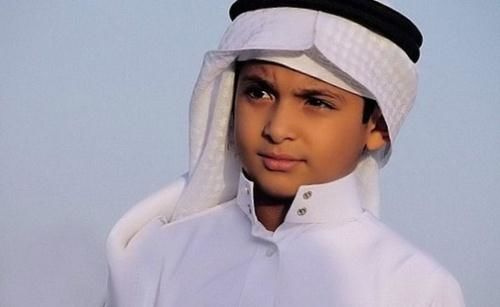 1.Zahid: He is the one who is content with the ascetic little thing, the worshiper, the little thing.

2.Zayan: Too much adornment himself, the decorator, the benefactor of things, abound in Egypt.

He is the one who suffices with immortal food. He is satisfied with the ease of everything.

5.Zrarara: The button that binds the shirt, the light, the edge of the sword, the one with experience, and everything that is fixed on the floor or the wall.

6.Zakwan: He grew, was good, and was blessed. The plantation and others are called zakat from his money.

7.Zahwan: He is very proud and arrogant, admires himself, the face is bright and fresh.

8.Zahreddine: means the brightening and growth of religion

It symbolizes purity and chastity.

10.Zaher: symbolizes the beautiful, clear color that is pleasing to the eye.

It means a little in the foreign meanings

But it symbolizes the contented person who has contentment.

12.Zarmek: It is the name given to males and females in some societies

It means cousin or aunt and does not contradict Islam in anything.

13.Zouzan: It has spread in societies as a feminine scientific name, and this is not correct linguistically

The meaning of the resort.

14.Zorkin: A proper noun for boys only

Whether these names are for boys or girls,

Even though they were few in number, we should have referred to the names of the male children beginning with the letter Z in a topic dedicated to them.

15.Zahek: The smiling person with a smiling face

It also means the obvious.

16.Zaher: up a mountain or valley

He is the tortoise

The name may also be a reference to the piece located in the mountain whose color differs from the rest of its parts.

17.Zirar: The penalty or harm without the benefit of doing it.

The name suggests courage and boldness.

19.Zari: He is the trainer in hunting lions

The name means strength and boldness. 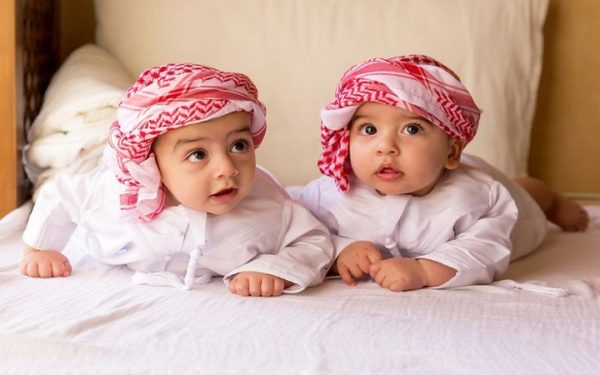 Either in the manner of pronunciation or in its meaning

The meaning will become clear when we present these names throughout this paragraph.

20.Zahi: The man standing in the sun or who is prominent and clear.

21.Zawi: The luminous and bright person with a good face, or he is skinny or the one who comes at night.

22.Zergham: The very strong and tough man, as it is a name used for the lion.

23.Zabaan: It is a very strong animal, or what is meant by the man rushing in his gait.

24.Zafawi: A name attributed to the bank of the sea or the river, which is its coast or the beach.

names of the children with the letter Z, the little compound.

It is a noun consisting of two words, one added to the other

However, it is the special taste of some that make them choose for this

In this paragraph, we will present to you the names of the children with the letter Z, the little compound.

25.Ziauddin: It means religion and its radiance.

26.Zeif Allah: What is meant here is the man who visits the house of God

The meaning came that the word “guest” means visitor, and here it is added to the term, the Majesty, God.

27.Zia al-Hassan: What is meant is a man with a beautiful face, good looking, and a bright face, because the light is light, and good is beauty.

Names in this paragraph are a bit strange

Although the names in this paragraph are a bit strange

However, we have made sure to present it to you

We will explain their meanings to you in full detail.

28.Ziyaa: Light and radiance, and what is meant here are a beautiful man with a good face.

29.Zigham: The lion is very biting and ferocious, and the name suggests strong strength and stiffness.

30.Zaei: The name came from Da’a, meaning the spread of a pleasant and fragrant scent.

31.Zeif: The visitor and the dwelling with someone else and the domesticated one.

33.Zafouzi: It is a historical name attributed to the victory

He’s the one who jumped, sprinted, and pushed hard.

Names are quite appropriate for the current era 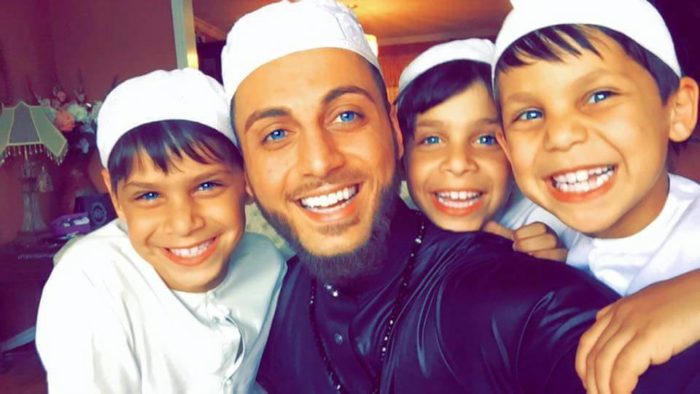 Arabic Muslim boy names starting with Z.The names that we will be reviewing through them are quite appropriate for the current era

At the same time, it is distinctive in the way it is pronounced and written

Below you will learn about our choices regarding children’s names and their meanings as mentioned in the glossaries of the meanings of different names.

35.Zai: The light and radiance or the sun and its brightness and rays that illuminate and warm the earth.

36.Zafi: It is a name attributed to the riverbank or the sea

It is the coast of any body of water.

37.Zaif: The meaning of the nazil among others

He tends towards him without others

The visitor who becomes aware of others.

38.Zahh: The emergence of the sun and its emergence and brightness, or it is thin milk mixed with a lot of water.

40.Zad: The stranger and the one who stays with someone else for a temporary period, whether it is long or short.

41.Zia: An abbreviated name from Dia which means radiance, light, and brightness.

42.Zayyash: An illuminating luminous face or a beautiful, beautiful person.

43.Zoral: It means the most beautiful blue-eyed.

It was said that it is the name of the first rural region, and it is a foreign name.

44.Zafar: The brave, the great lord, the sea, and the horseman.

Aquamarine: A gemstone that resembles an emerald. It has many colors, the most famous of which is Egyptian green and Cypriot yellow.

It has a radiance and radiance that is not blackened, nor yellowish.

45.Zajil: The army commander, the archer, the homing pigeon who goes away after being trained to transmit messages, a ring in the spear, and the singer.

Military Leader Social Personality People with this type of personality are known for their love of attention and communication with members of society.

46.Ziad: It means growth  and increase.

47.Zain: The sublime of the qualities and the sublime, the bright face, the graceful decoration, the improvement.

The increase in beauty, the beautiful, the mane of the rooster, the ornate, and the trees from which the spears and camels are made.

48.Zakaria: It is made up of two words, one of which is “Zakher” which means to remind

The other word is “Jehovah”, meaning God

Accordingly, the full meaning of the name Zakariyya became the remembrance of God

The remembrance of God here is intended to perform all kinds of worship, including prayer, fasting, praise, seeking forgiveness, and all of these things.

49.Zuhair: The owner of beauty, radiance and serenity.

He is a Jahili poet of the Mu’allaqat poets, accurate description, solid style, inclined to wisdom, and is considered one of the most famous poets of his time.

50.Zamzam: The sound of the lion, the far or light voice, the plenty of water, the water that is between salty and fresh.

The name of a well in Mecca, the waters of which are blessed by Muslims because it happened by a divine miracle

52.Zayed: There is a lot more in giving, more often than others.

53.Zaher: It means bright, clear, with a white or reddish-white face and the best whiteness.

The beauty of a plant, tree, or plant that has blossomed, enlightened white, and a burning fire.

The name of a famous tribe in the south of the Kingdom.

57.Zenati: A folkloric name is taken from  decoration

Abound in the Arab Republic of Egypt.

58.Zeer: The one who loves to chat, visit and sit with women, the religion, the angry man, the habit, the linen

The exact tendon in the musical instruments, and the title of the jahili poet lax.

59.Zulal: It means fresh, clear, cold, smooth water, and clear of everything.

60.Zahid: He who leaves the decoration of the world and devotes himself to worship

The narrow-minded, the contented, the curmudgeon, and the despicable.

61.Zaghloul: The light-spirited, the quick of men, the baby, the orphan, the pigeon chick, a type of date popular in Egypt.

62.Zahrani: The east, the ablution, the luminous, the pure.

Here we come to the conclusion of our beautiful article in which we dealt with Arabic Muslim boy names starting with Z.