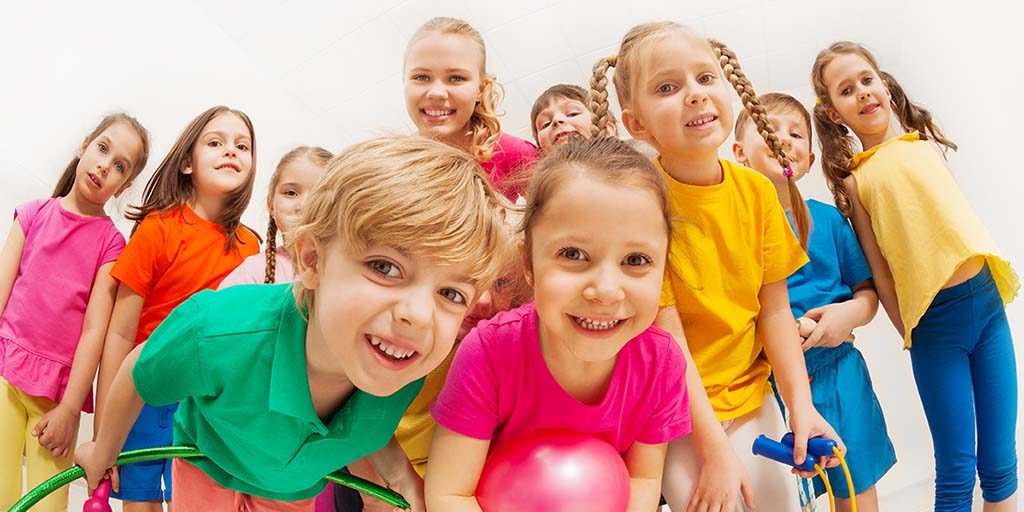 TOP 130 Iraqi Names, A lot of Iraqi names we will speak about in this article.

The Iraqi culture is one of the oldest cultures in the world historically.

The country of Iraq is the place that was called in the old days Mesopotamia.

In it the cuneiform writing was invented, city planning, the science of law developed culturally, and Iraq has a very rich heritage.

People inhabited it in the Babylonian, Assyrian, Sumerian and Akkadian periods.

Iraq is known for its lyrical heritage and is known as the maqam.

Its tones are transmitted orally by the maqam singers in a continuum from the past to the present.

Some of them are modern and some are very old.

It is also attributed to historical figures.

In this article, we will deal with some Iraqi names with their meanings

Since receiving the news of pregnancy, and perhaps much before that, the husband and wife have been searching for new names for their expected child. 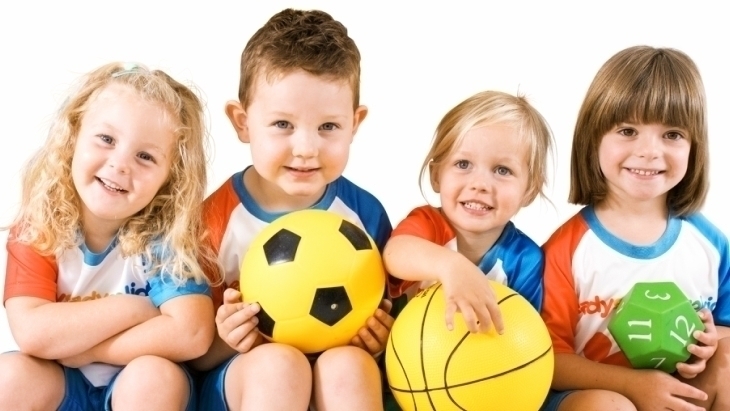 The names of the Iraqi youth are very unique. Some of them may not be heard in other countries at all to the extent that the name gives an Iraqi character just by hearing it.

1.Kannan: The protection of everything.

3.Keram: the best people, those who give a lot

4.Kaheer: A lot of laughing and playing.

5.Kahlan: It is derived from the elderly, dependent, bond.

6.Canaan: The name of the ancient, generous people of Palestine who coveted their generosity.

8.Camille: Very imperfect, in the sealing of everything

11.Fahman: The owner of knowledge, the one who is knowledgeable in all matters

It means giving the favor to others while it is absent.

15.Fendi: the great piece of the mountain.

The great of the mountain, the sect of the night, the lies.

19.Ruslan: The name has Turkish origin and means lion, the brave one.

20.It is a diluted word for the name Arslan.

And this name has become popular with many fathers in Arab countries, especially in Iraq.

21.Saddam: I mean a violent collision.

Arabs tend to refer to this weight, especially in the countryside.

22.Karam: the name of an Arabic masculine proper that became famous in Iraq and northern Lebanon.

24.Kuheer: An authentic Iraqi name that means a person who does not stop laughing and joking.

25.Muthanna: An Arabic masculine noun, one of the original names in Iraq, and it is a formula that denotes two.

26.Karrar: One of the original names in Iraq and its strong meaning is attack during the war.

27.Knin: a name derived from the kun, which indicates concealment, and is considered one of the rare names in Iraq.

28.Resan: One of the rare names in the State of Iraq, and its ancient meaning is characterized by originality.

30.Sarmad: An Iraqi name that is not widespread except in Iraq, and is distinguished by its rarity.

It means what has no beginning or end, the eternal, and the long night.

31.Amir: a common masculine proper name in Iraq and its meaning is associated with the state or the person who takes charge of the people and takes care of their affairs.

It is also called the son of the king. 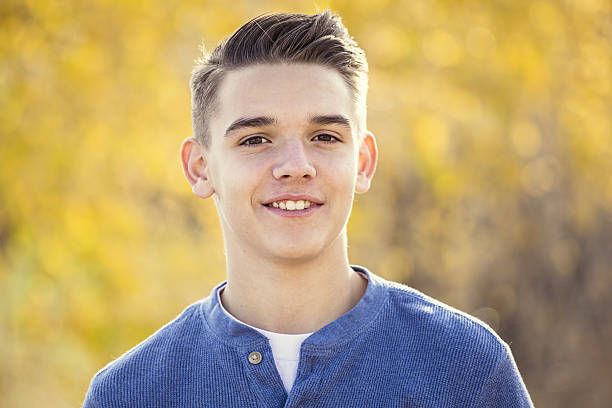 32.Basem: A distinctive Arabic name found in many regions of Iraq, and it means drawing a laugh on the lips without a sound.

33.Kahar: The one who can conquer everything.

34.Jamal: The meaning of the name Jamal indicates a good appearance or good dealings between people, and it also means complete adornment.

35.Jasim: the owner of a huge and large body.

It comes in the sense of a great person.

It is a popular name for parents of all kinds of cultural and religious backgrounds.

37.Haddad: means a person with a temper.

It is also called ironwork.

38.Rasoul : a beautiful name called by some in Iraq, meaning the sender or the Prophet, and it means the owner of the message.

39.Ziyad: means increasing or growing something.

40.Salim: It means overseeing death and the wounded, and the purpose of the name is optimism for safety or survival from death.

41.Nazim: means the poet, the author, the collector, and the pearl organizer in his line.

It also means straight, which does not warp in it.

42.Kazem: Its meaning is the one who stops himself when he is angry, and grasps the anger in himself.

There is the famous Iraqi singer Kazem El Saher.

43.Miqdad: means the cutter or the one who slits something in half, and it is a name that suggests strength and boldness.

44.Samer: Meaning: He is speaking with the people at night.

Called the Board of Contenders and it is one of the distinguished names in Iraq.

45.Miran: It is one of the distinguished modern names that have spread in Iraq.

It is a name of Slavic origins and means peace or world.

46.Adi: I mean a group of people that attack the enemy and run towards him to fight him.

48.Raad: it means the loud, thunderous sound that comes out after the rain falls, during the flash in the clouds.

It happens during the winter season.

49.Hulkord: One of the rare names in Iraq.

It is the name of a mountain in Iraq that is the second most common mountain top.

Meaning of the name black tent.

50.Khaldoun: He is the eternal, the permanent, the constant.

51.Sadir: The name of the science of Persian origin, which is the name of a palace near Al-Hirah built by Nu’man.

52.Soran: A distinctive name in Iraq, meaning the angry one, and whoever strikes another in the war.

54.Daniel: A foreign name of Hebrew origin, as it indicates a person who owes his life to God Almighty.

For girls, their names also have a clear rhythm in the ear as soon as they are heard.

2.Ritaj: means from the names of the door of the Kaaba.

3.Lattin: it means something very sweet.

4.Ethelh: authentic in honor. And legacy

5.Amalia: Its origin is Greek and its meaning is cute and beloved.

6.Glories: the collection of glory and its meaning is elevated.

7.Banan: Banana combined with a fingertip.

8.Pilsan: a white flower with a beautiful scent.

10.Yura: His pure and compassionate help.

You get its meaning in the present tense, you get what you want.

12.Gilan: Group of people of the same age

14.Darren: A region in Bahrain that used to carry musk from India.

16.Diala: a name attributed to a river in Iraq (Daily).

17.Amalia: is of Greek origin.

20.Heidi: In German, the girl is of noble origin

22.Maysam: the feminine organ of Venus, the one who appears on it the effect of beauty and beauty.

24.Layan: The wind around the palm.

26.Ryanh: Against his thirst.

28.Sajia: the nature of creation.

31.Diem: The rain continues to fall.

33.Dimah: rain that lasts silently for a long time without thunder or lightning.

34.Razneh: She is the heavy sane

35.Raad: the beautiful young woman, it is said that the rad girl means a quick young favor.

38.Raaisah: Responsible, and the main organs of the body are the ones that maintain life.

39.Raden: relative to saffron, which mixed red with yellow.

41.Rakedah: quiet, and every static in a place

One profit from profit and growth.

42.Rabiha: the owner of big profits and the gainer, the rich, the full of health

43.Ratub: stability and stability in the difficult place.

45.Zamzam: the name of the well-known blessed well, and it was called Zamzam because of its abundance of water.

47.Zulekha: It is progress in walking and speeding up.

It is the title of Lady Fatima, the daughter of the Messenger, may God bless him and grant him peace.

50.Zainab: the life gifted by the god Zeus.

The name of a good-looking and smelling tree.

52.Sarah: The Princess and the Noble Lady.

The origin of the name is Aramaic, not Hebrew.

54.Cinar: wilderness, land, and region. The origin of the name is foreign.

55.Seaman: The water that flows on the face of the earth.

If the earth is torn, it is said, a river of Paradise.

57.Selena: Moonlight Beauty. The origin of the name is English.

58.Sellar: The glow of the moon. The origin of the name is Turkish.

59.Torrent: flowing rain, liquid on the ground, a lot of running water.

60.Sivana: Relative to the sword. It means thin, slender, like a sword.

62.Sispan: a type of tree, the cradle of tropical countries.

63.Serena: with melodious singing, which is what the Persian queens are called.

The origin of the name is foreign.

65.Shomoukh: highness, pride, and honor, and it is said that the lineage is high, that is, high and ancient.

66.Shaima: has characteristics, virtues, and morals, and has many moles. Which has a mark on her body that differs from the color of the rest of the body.

67.Sherine: sweet, delicious, full. It is a Kurdish or Persian name.

It is a name of Persian origin.

69.Shiraz: It is the name of one of the types of cats.

The origin of the name is Persian.

70.Safia: the chosen one, the one free from every blemish, the palm. tree with many fruits.

74.Dhifaf: it is the Shatt and the coast and from the water its first batches, and from the people their group.

Those were the best Iraqi names and their meanings.

You can choose from them for your newborn without being overwhelmed and to distinguish them from other children.