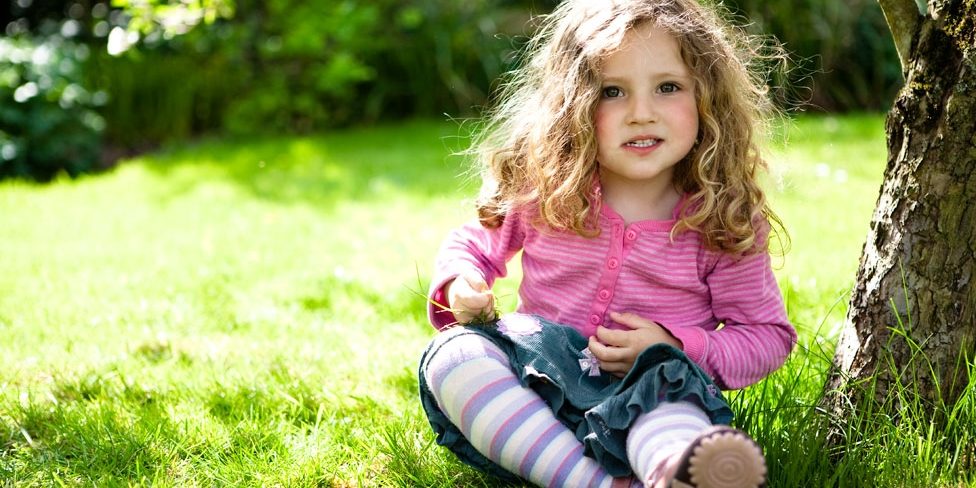 In our article, we will speak about the best Lebanese names and their meanings.

Our names have become an integral part of our being and our existence in that life, through our names we interact with others and pass through.

Every family wants to save a beautiful name for its next baby.

They often find it difficult to choose.

There are some families who want a modern name for their baby, while there are, in the wake of the families, who want an old classic name.

The Lebanese Republic is an Arab country with Beirut as its capital.

Returning to its history, it is considered a home for the oldest human civilizations in the third millennium BC, especially the coastal region, and it was one of the most important cultural and commercial centers at that time.

The number of individuals reaches 670 persons per 1 km2.

Because of this large number spread overall this geographical area, there must be many names that do not extend over the entire territory of the Republic. 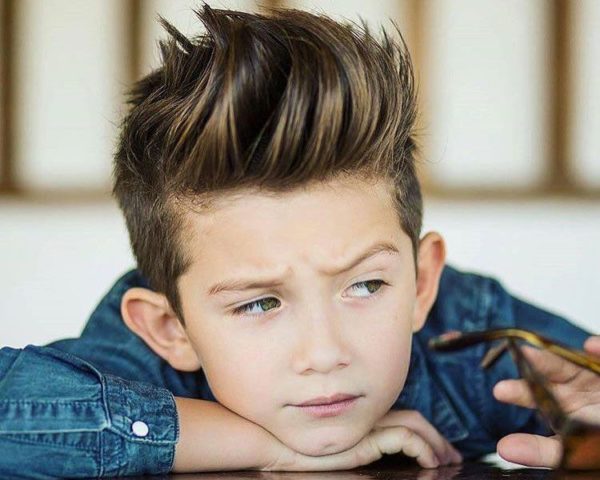 Children are considered, as God Almighty described them, the adornment of worldly life.

For they are the smile of tomorrow, and the most beautiful gift that God Almighty may give upon parents after a long wait.

and many parents are confused when they reach the stage in which they will name their male children.

9 .Ayyash: A lot to live, or who helps others in their livelihood and livelihood, or living in the sense of pleasure and intense joy or fun-loving, bombardment and pleasure.

10.Thabet: permanent straightening does not change.

12.Anan: What has risen from the sky, and the thing if it appears before you.

13.Nibras: A Turkish word for the spear or the illuminated lamp.

14.Wissam: The thing that is given with honor and commented on.

16.Zajil: – The military leader in the great battles.

17.Ibrahim: A non-Arabic name, it was said that it means Father Merciful.

18.Badr: The moon is a full night when it is so beautiful.

19.Deem: The feminine name is Dima, and it is one of the unique names, and it is not widespread in the Arab countries, as it expresses the heavy rains that fall in enough.

20.Alan: a name spread in Lebanon and it is originally English, meaning a handsome or noble person.

It also means harmony, and it has another meaning, which is the rock, and it suggests strength and solidity.

21.Tony: One of the most famous names in Lebanon and its meaning is very precious, as it is called the person deserving of praise.

22.Arghad: It is one of the Arabic names that exist in Lebanon and its meaning is the most fertile and sweet.

23.Baher: An Arabic name that denotes that whoever sees it dazzles.

25.Kaseb: One who makes money through working hard and being tired.

28.Bashar: a person who always smiles.

31.Loay: It means the severity.

34.Maher: he glorified master of every profession.

36.Mohsen: He who is doing good for others.

38.Muhannad: The name of the sword made of Indian iron

40.Musab: The one who bears the strings.

44.Nael: Whoever gets what he wants A genius and a master.

45.Nasser: The victorious who supports him.

47.Nadim: The one who is good and courteous.

49.Hatem: A judge is judging between two people in court

50.Muhannad: A name of the sword distinguished by its sharp blade.

51.Bassam: A lot of smiles, you hardly see sad.

58.Ghaleb: The victor in a matter, whether a contest, a fight, or a war

61.Ghani: It is derived from the rich, who own a lot of money.

62.Gharib: It is referred to as something unfamiliar to the common people

63.Ghaseq: Refers to the very dark night that you will not be able to see anything during it.

64.Ghazi: It refers to the occupier who invades and settles the lands of others

65.Gram: A name referring to the great love that does not disintegrate easily.

66.Grimm: You compete in something.

67.Guthwan: The valley in which there is an abundance of droppings and floods

68.Ali: Sharif is of high standing.

69.Amjad: He who seeks to seek glory and glory more than anyone else.

70.Asif: A name was given to a kind-hearted person.

71.Ashhab: Something white with no blackness.

The most beautiful Lebanese boys names 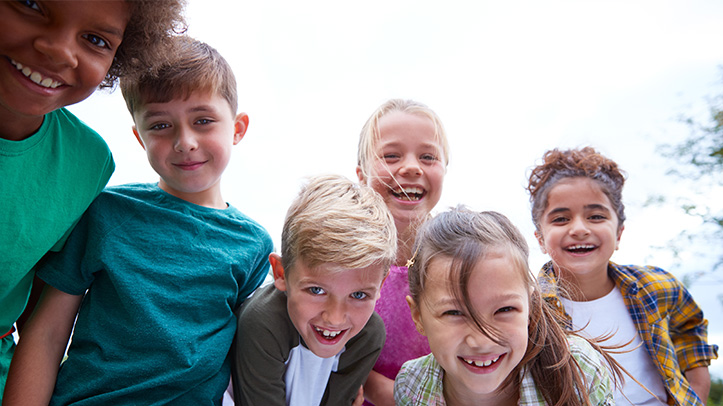 72.Ashraf: The honorable person with honor.

73.Atef: Kind, many praise, and kindness.

He is the bold, the courageous one who spearheads his spirit for the sake of a lofty goal.

A.It is one of the names of the wolf.

109.Ziad: It means it grows and increases.

110.Ziauddin: radiation and light of the religion

111.Zorkin: This name is the other of Kurdish origin, but it is used for males only and means mountaineer and heights climber.

112.Safi: Something pure and pure with nothing tainted.

115.Selim: Peace is free from defects and disease.

117.Sharif: Of high standing or immaculate.

118.Shukri: A word taken from thankfulness.

119.Stephanos: My name is beautiful, meaning a wreath on the crown.

120.Stephen: Denotes a person of high standing or crowned.

121.Suhail: The name of a very famous star in the sky, known by all people.

122.Saher: Those who fall asleep too late, stay up late, and often face the problem of waking up early.

123.Taael: Indicates a high and a high position.

125.Tawfiq: It is success and guidance in thought and action, and it is from God, our Creator.

126.Thaer: The fighter who makes a revolution or is angry.

127.Thamer: The name comes from the fruiting tree.

128.Torfa: Everything is strange, rare, and strange.

129.Victor: It is a name meaning the victorious person.

132.Waheb: He who gives without charge.

134.Wasim: It means young, beautiful in shape, and good-looking.

135.Yamen: The owner of good and the blessing.

137.Yaqout: It is a transparent gemstone.

138.Yazan: Who uses a scale to estimate weight.

139.Yunus: Who can we seek refuge in after the name of the Prophet Yunus, peace be upon him.

141.Zahr Al-Din: It is a compound noun that means the radiance and growth of religion.

142.Zarmek: This name is distinguished by the fact that it is given to both males and females together. It is of Kurdish origin and means son of aunt or daughter of aunt 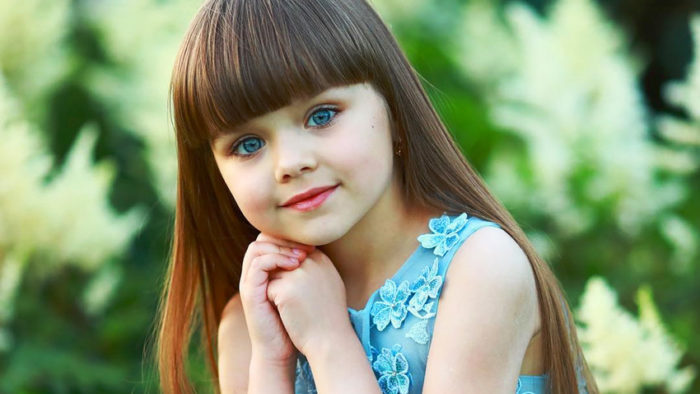 Most mothers in all Arab countries agree on the beauty and splendor of Lebanese names. It has a large number of modern and distinctive names for girls.

When the mother knows the gender of the fetus, she begins the journey to search for distinctive new names.

The names of Lebanese daughters have won much acceptance as distinct names suitable for their daughters because they contain many meanings that have a special shape.

1.Aseel: With authenticity and time between Asr and Maghrib

2.Doroni: This name is one of the names stemming from English origins, as it expresses the super-beautiful and attractive girl, a name that is rarely found, but it is okay to use names for girls.

3.Edgar: His source is considered to be French, meaning the strong and daring girl, and it is one of the names that have special meanings that make her distinct from other names.

4.Orjwan: means trees designated for decoration, which are characterized by attractive red color, and it refers to the red color.

5.Dana: It is one of the distinguished names, as it expresses the sparkling and shiny pearl, and it is called the radiant young woman and the cute.

6.Reman: It expresses the little gazelle, and the character of this name is characterized by agility and movement, as it is a girl who loves activity and work without boredom.

8.Lim: This name is very rare, and it means harmony and reconciliation, all of which have good meanings.

9.Basant: It means a flower that is beautiful in shape and smart in its scent.

10.Lydia: It is the name of one of the women who followed Christ and believed in him.

11.Isis: It is one of the original Coptic names, meaning throne.

12.Monica: And her meaning is unique in Latin and Greek counselor.

13.Hana: You mean the girl with the kind heart.

15.Abigail: favorite or close to her father’s heart.

16.Adele: It means a girl with good character.

17.Linda: The venerable lady or the revealing girl.

18.Amalia: The sweet, soft, energetic, and eager girl or girl.

19.Rolina: The female or the young or the strong, strong, and brave girl, which is derived from the name Caroline.

20.Rila: A stream or a small riverbed. Hida: It is considered one of the new names that spread in the world, and it has no meaning.

23.Sude: My secret or the dark black stone.

24.Athena: The Greek goddess of wisdom, science, and arts, and 25. Athena is the name of the capital of Greece. Ariana: chaste or of sacred origins.

26.Allura: The light of God or the glowing or shining light.

27.Nabila: The fair or the honorable girl.

28.Maggie: The pearl or the expensive pearl.

29.Magda: The one with glory, the same lineage, the good manners, or a lot of everything or the camel.

31.Minerva: The name of the Roman goddess of wisdom, wisdom, a wise person, or a person who continuously pursues his dreams.

33.Russell: The nice and easy thing, the freshwater, or the mare that participates in horse competitions.

34.Camilla: Pure or clear, or something that is free from impurities and faults, or it is derived from the name Camellia, which means an evergreen flower.

35.Solina: It is derived from the name Lewin, and refers to the sober, wise, or rational girl.

36.Carol: The little woman, the female, the perfect woman, the noble, or the strong.

37.Joanna: beauty or generosity of God.

38.Karma: the orchard or the fruitful grape tree.

39.Raneem: singing with a voice Nice.

42.Rodina: a cloud that carries rain with it.

44.Raiman: a high place with a picturesque appearance.

45.Li-Li: a beautiful blooming flower or a quiet night.

48.Fadwa: giving that gives itself for the sake of the one you love.

49.Nelly: a ray of light, or balanced and wise. Katia: the pure girl with good manners.

50.Iman: sincerity of belief in something.

51.Salma: survivor and safety from all evil.

52.Hiba: gift and that which is given without return.

53.Tawhida: She who believes in the oneness of God.

55.Hoda: the correct and clear way.

62.Angelina: This name means a quiet little angel, which is one of the French names.

B.”Rose”, meaning the rose, which means the beautiful rose.

The Bellerose name is a gentle and romantic personality, who loves the arts and has the ambition to achieve everything she wishes.

65.Betel: The origin of the name is Hindi.

An Indian name is given to females.

Its meaning is the president or the leader, and it is considered one of the new girls ’names that we have not heard often.

The most beautiful names of Lebanese girls 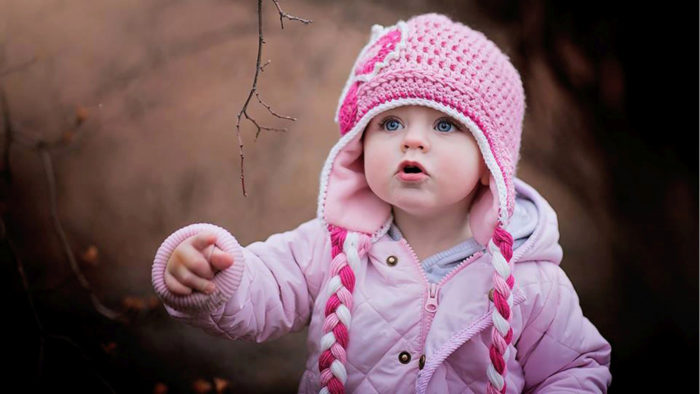 In the end, Best 272 Lebanese names we come to the conclusion of our article in which we talked about the meanings of some beautiful Lebanese names for boys and girls alike.