Top 203 Islamic Surnames With Their Meanings 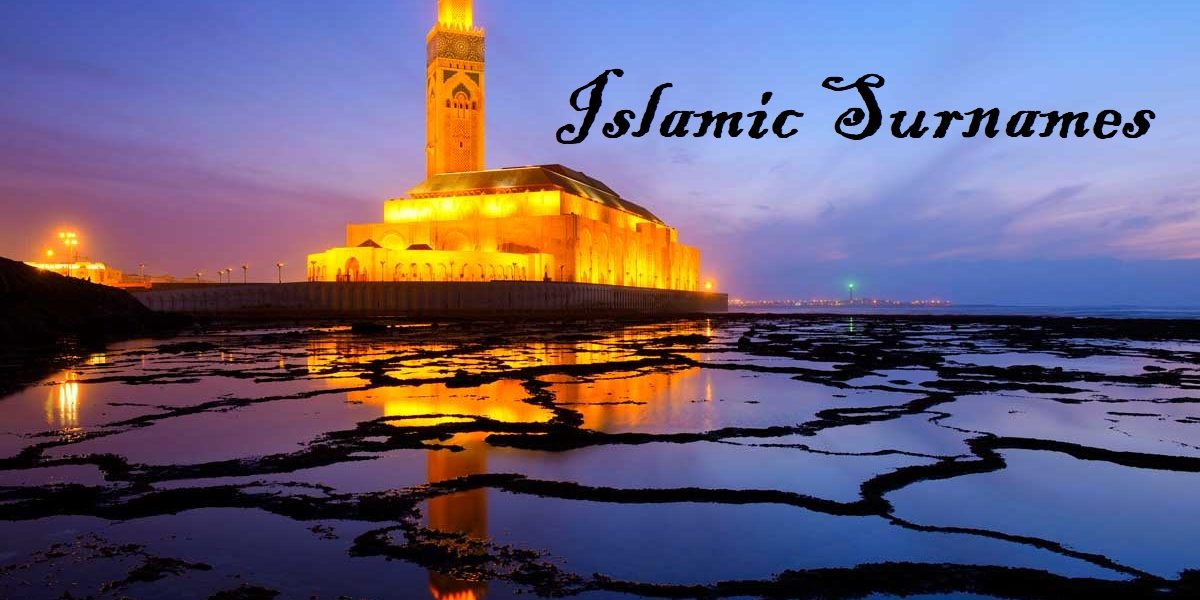 Top 203 Islamic Surnames, Many Islamic surnames in this article.

Islam is an Abrahamic, divine, and monotheistic religion.

There is only one God according to Islam and that is God, and Muhammad is the Messenger of God.

Islam is the second-largest religion in the world, with about 1.9 billion followers, or about 24.8% of the world’s population, according to 2020 projections.

Muslims form the majority of the population in 49 countries.

The Islamic schools include:

As a parent, naming your child is a priority.

His name will distinguish him throughout his life.

It plays an essential role in how your child develops in terms of his personality.

In Islam, choosing a name is something that needs to be done very carefully.

It is the right of the child to be given a noble and generous name.

As the person will be summoned by his name and his father on the Day of Resurrection.

So, we will take a look at some names with beautiful meanings that can be chosen for your child.

You have to choose your child’s name properly and after a lot of thinking.

It plays an essential role in his personality.

More often than not, the name affects a child’s personality, so choose the name wisely 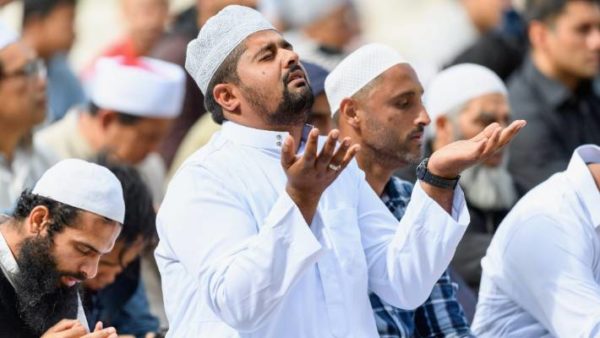 Top 203 Islamic Surnames With Their Meanings

1.Abbad: the worshiper or Abdullah

2.Abu Bakr: Bakr was one of the companions of the Prophet and the owner of one hundred camels.

3.Ali: High in center and rank

6.Ammar: He fasts a lot and works hard

7.Anaas: Finding comfort through familiarity with a person or place

8.Arqam: related to the individual whose home was used in the first Muslim community meetings.

10.Bilal: the name of the first muezzin of Islam. It satisfies thirst

12.Emaa: doing an attempt to communicate with a person without using speech

16.Hashem: Generosity, the destroyer of evil

17.Khatib: The person who addresses the people

18.Hurreira: The name of a narrator

20.Ibrahim: It was named after a prophet.

21.Imran: A name with historical importance, because it was the name of an important narrator and one of the first people to convert to Islam.

24.Jabr: mandatory name for the companion.

26.Jarrod: It was the name of the companion of the Prophet

29.Khabab: The person who runs, walks, and wrestles.

36.Mahfouz: The one whom God always protects

37.Mahmoud: who thanked by people

38.Malik: owns the thing or its owner.

41.Moaz: A person of historical significance who converted to Islam even though he came from another religion.

42.Musab: the first ambassador of Islam, died fighting in the Battle of Thoud. This means ability, or strong in the Arabic language.

43.Nafi: a physician recommended by the Prophet Muhammad. useful.

42.Naeem: A narrator and historical figure who converted to Islam during the Battle of the Trench.

43.Qatada: He was one of the companions of the Prophet.

44.Rabah: Profit in the Arabic language.

45.Rashdan: Good direction or wisdom. Who is on the right path.

46.Ruify: of high standing or rank.

49.Saaeb: Who chooses the most appropriate option

50.Saleh: means beneficial or virtuous, and to be the opposite of the corrupt

52.Safwan: You are a brilliant universe, or elegant and simple at the same time.

53.Suhban: A flood or avalanche can destroy everything in its path.

54.Salman: Safe and sound, without any error.

55.Sanbar: the wise or the skilled, who possesses a lot of wealth.

59.Shehab: a falling star at night.

60.Shujaa: You are brave and strong.

61.Sinan: the leopard, or the head of the spear.

63.Tamim: He who has the maturity, virtue, wisdom, or perfection.

64.Tarif: Something rare and good. It also indicates irony in speech.

68.Omar: an eloquent or capable speaker, and he was also the name of the great Muslim caliph Omar ibn al-Khattab

69.Othman: A friend of Muhammad, may God bless him and grant him peace

75.Baraa: He recovered from illness or escaped from the charges.

78.Bassem: It means laughing lightly and without a voice.

79.Bassam: He has a good smiling face.

80.Bigad: It is attributed to the desert and it means to guide or guide.

81.Bakkar: It means fast progress or someone who used to come early in the morning.

82.Bakir: It means a person who is in a hurry to come.

84.Jasim: He is a great and huge person.

85.Dagher: He is the attacker.

86.Raef: He is a very merciful and compassionate person.

87.Samer: He is the person who hangs out and talks to people at night.

89.Senmar: It is a name that means moon.

90.Ghayath: The name means the person who is upholstered and supplicates.

91.Fadi: He is the person who saves others.

93.Mishari: It is a name that means beehive.

94.Moayyed: He who supports the opinions of others.

95.Musab: He is the one who endures hardships and difficulties.

96.Muadh: He is the one who is protected in the name of God.

97.Mawawi: He is the person who calls for war.

98.Wael: He is the person who seeks help from others.

99.Wissam: It is something that is given with honor and is attached to the chest.

101.Yamen: The name is derived from Yemen and al-Baraka.

102.Yafa: It is a name that means honor, sublime and sublime.

103.Adeeb: It is a name that means adopting the virtues of morals.

104.Ashhab: It is a very white thing that does not mix with black.

106.Elias: He is the devoted person to worship.

108.Asif: He is the writer of Solomon, in the sense of clever and intelligent.

109.Elijah: It is a foreign name that means the beginning of something.

110.Ayyub: a word derived from op, which is return.

112.Badr: It is the description and name of the moon on its full night.

113.Bahaa: It is a name that means beauty and beauty.

114.Baybars: A foreign word, meaning the strong, fighting one.

115.Jaber: He is the one who compensates for what was lost.

117.Houssam: It is a name meaning sword.

118.Hatim: It is a name that means the ruler and the judge.

120.Hamad: The one who praises and praises. 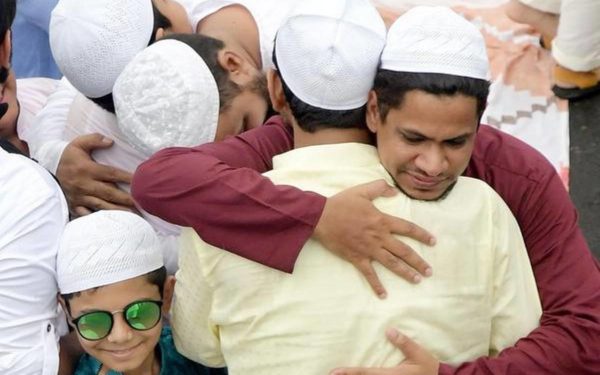 122.Khaled: I mean the permanent thing and the rest.

124.Khalaf: means the return or the substitute.

125.Dari: He is the understanding person of the world.

127.Dilab: It is a name that means serious man.

128.Zakir: He is an intelligent person.

129.Zaker: He is a person with a strong memory.

130.Raji: He is an optimistic person with hope and not despair.

131.Rafi: it means the shining of lightning.

133.Ramiz: It means a symbol for the thing indicated.

134.Rami: It means who shoots the arrows.

135.Rial: It is a name meaning children of the ostrich.

138.Ahmed: He is the person who has the best qualities.

139.Ayman: The name comes from goods.

140.Islam: It means submission to what God commanded.

141.Amjad: It is a name derived from glory, and it is the person whom people venerate.

142.Asaad: It means the happiest people.

143.Ashraf: It means the most honorable people among the people.

145.Adham: It means horses that increased their strength.

148.Anas: He is the one who made people feel comfortable with him.

149.Anwar: He is the person with the bright face.

151.Kinan: It is the tunics and prevention.

156.Adel: It means the person who establishes justice among people.

166.Ammar: He is the righteous person.

167.Ghassan: It is a name that means the intensity of youth.

174.Maher: the glorified master of every profession.

176.Mohsen: He who is doing good for others.

179.Muhannad: The name of the sword made of Indian iron. 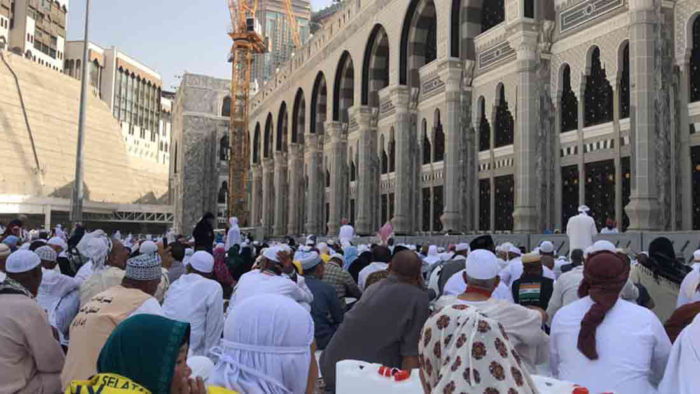 The most beautiful Islamic Surnames

182.Musab: The one who bears the strings.

183.Muadh: fortified in the name of God.

187.Nael: Whoever gets what he wants.

190.Nasser: the victorious who supports him.

191.Nadim: The one who is good and courteous.

192.Naseer: Supporter of others.

196.Nayyar: the intensity of the fire’s light and its heat.

These were some of the many Muslim family names with the most beautiful meanings.