Maryam Name With Meanings And Popularity 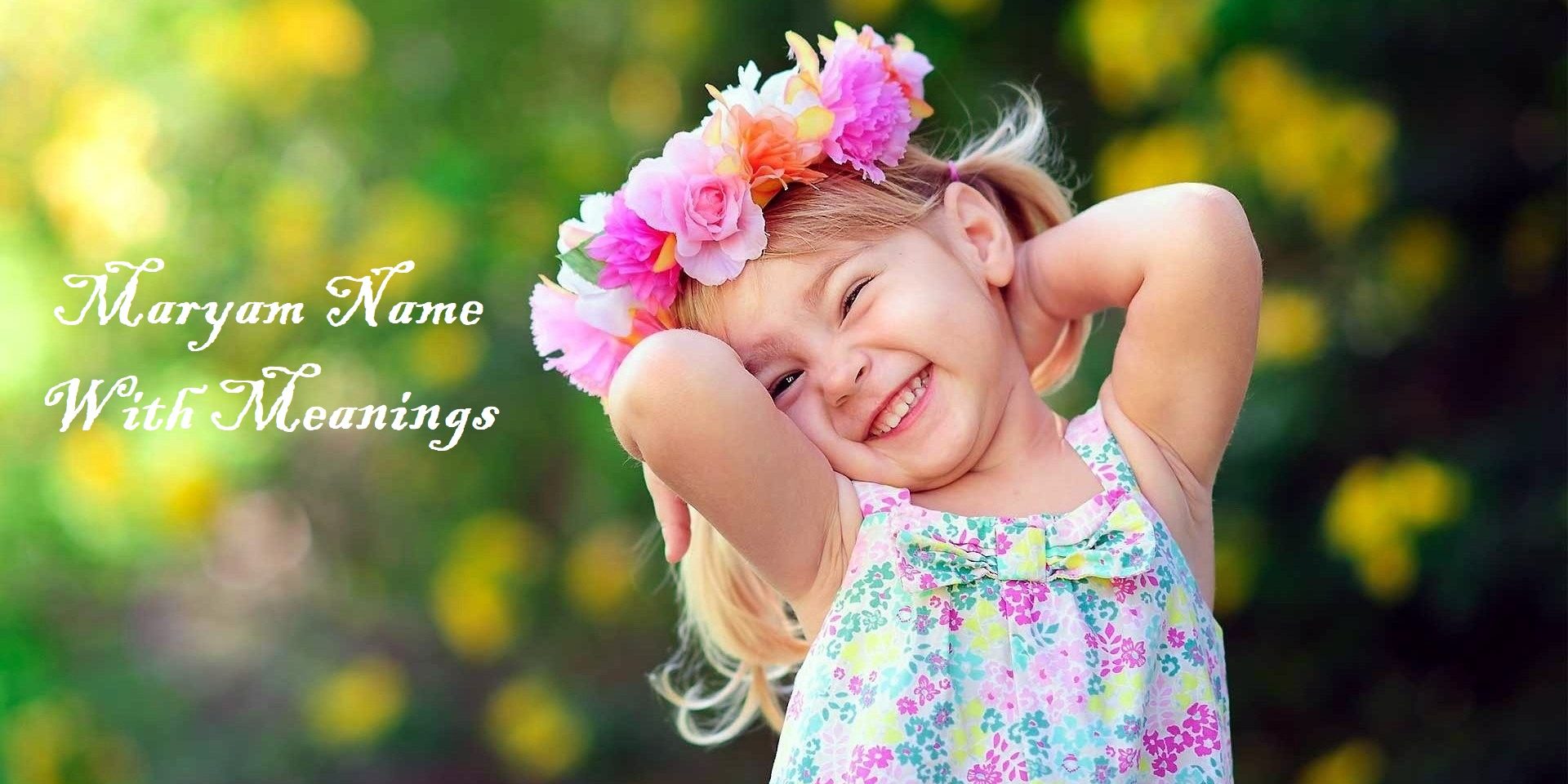 Maryam name and meanings, we will have in this article. As soon as your family and friends know you are waiting for new birth, you’ll start hearing the many names.

The journey to find a nice name for your new baby is not easy.

You will strive to have a name that befits him and gives him some good qualities.

If your child is a girl, then what do you think of one of the modern, ancient names that are widely spread over the ages and years.

Maryam, this beautiful and common name, do you know what the meanings of this name have in its folds?

Continue reading the following article with us to see everything you need to know about the meaning of Maryam’s name in the Arabic language.

What are the characteristics of the girl carrying it, and who is the most famous of those carrying this name?

Maryam Name With Meanings And Popularity 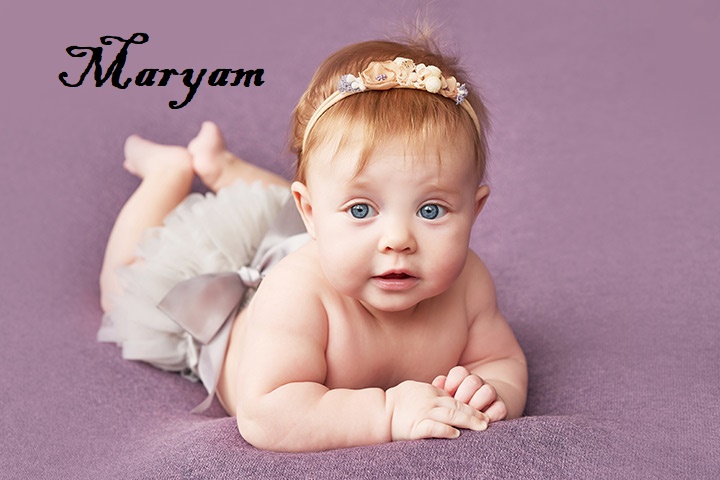 The meaning of the name Maryam in the Arabic language.

Opinions differ about the origin of the name.

But, it is more likely that he went back to Greek roots and then moved to Hebrew. .

He then moved to the Persians, finally reaching the Arabs.

She is a lovely, loving, and committed girl.

Who loves to provide help to the people around her.

Which symbolizes everything that is pure and chaste.

The name Mary also means a devoted, devout girl who serves her Lord in his homes in the Hebrew language.

It means the bitterness of the sea, the highland, or the beloved and rebellious lady in the Syriac language.

Meaning of the name Maryam in all languages

Maryam is one of the oldest and most common names around the world.

And its meaning varies in different cultures.

It is mentioned in the dictionary of the meanings of names as follows: Maryam is a common Semitic feminine name, and it takes the following meanings:

The meaning of the name Maryam in Islam

Islam allows Muslim girls to be called Maryam, despite the Christian meanings it carries.

The name does not have any offensive or profane meaning.

Rather, it refers to everything that is pure, chaste, and sublime.

In addition to the fact that the Virgin bore the name, as well as the presence of a surah in the Holy Quran bearing the name.

Meaning of Maryam’s name in the Holy Quran

The name Maryam is mentioned in the Holy Qur’an 34 times in many Qur’an texts within many suras.

Among them are Surat Al-Anbiya, Surat Al-Imran, Surat An-Nisa, Surat Al-Tahrim, and Surat Al-Maidah, and certainly in Surat Maryam which mentioned the story of the Virgin Mary, mother of the Prophet Jesus.

The Virgin Mary is an example of God’s miracles for the world from her inception as a child until her birth to her son, the Prophet Jesus, while she was a virgin.

Among the verses and texts of the Qur’an in which the word Mary is mentioned, the following are:

“Indeed, God preaches a word to you. His name is Christ, and Jesus is the son of Mary. Verse 45 Al Imran.

Maryam Name With Meanings Other meanings of the name Mary

The meaning of Maryam’s name refers to many other aspects of things.

The name is given to a type of plant called cyclamen.

It is a plant with a short stem, red flowers, and large leaves.

It is used as a decorative plant only.

The name is given to one of the types of trees growing in Andalusia.

The Arab Maghreb is called the camphor.

The tree is called the Linagotus tree in the Greek language.

Interpretation of seeing Mary in dreams

Whether seeing the Blessed Virgin Mary or seeing her by a pregnant woman with a girl who is her or someone who is recommended to give her baby a name Mary, is a good and good thing.

Interpretations differ if the girl was single or the man saw her.

Most of these interpretations were mentioned in the book of Interpretation of Dreams by Ibn Sirin, according to the following:

A pregnant woman has a girl, so either she should be called Mary or she will be a good and pious girl in her life.

God will show it to everyone.

This means that he commits a sin and he must repent for it because prostrating to someone other than God is a sin.

But other things carry happiness and goodness and comfortable and luxurious life.

Characteristics of the girl carrying the name Mary

The fact that the Blessed Virgin bears the name of Mary, surely this name symbolizes everything that is pure and chaste.

Among these traits and attributes:

She is an excellent taster and loves it.

Psychologists have gathered to acknowledge that there is an energy surrounding the girl, Maryam, that makes her a girl loved by everyone who gets to know her.

She is kind-hearted, modest and shy, sensitive and tender.

Honesty denounces it in word and deed and strips it of selfishness.

She loves calm and peace, and she keeps away from all noise or chaos that disturbs this calm.

She is also a highly intelligent person with a high cultural level, and she loves reading and reading. 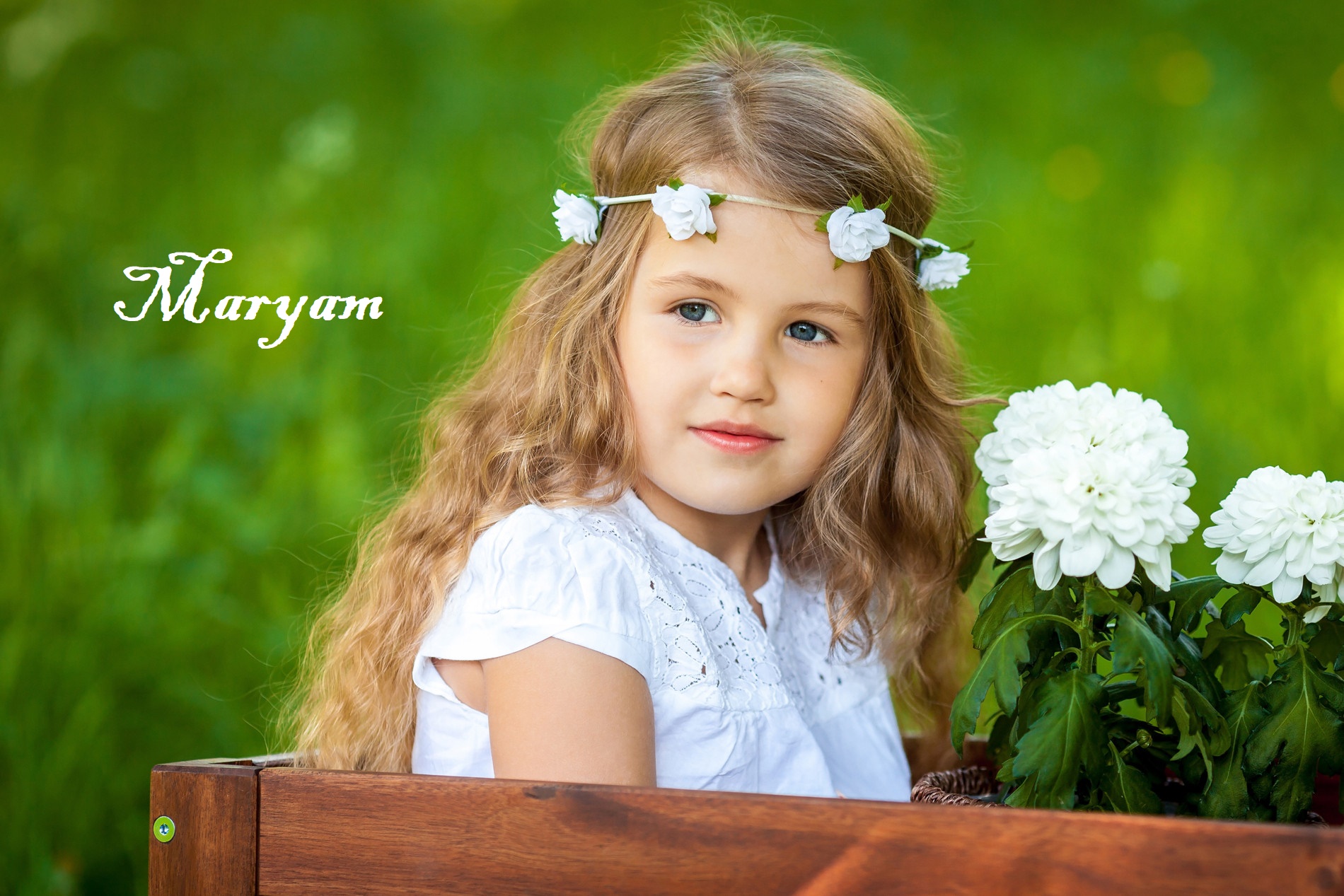 The pronunciation of the name differs around the world, but in the English language the name can be written in one of two ways:

Minimize the name of the girl Mary

There is no nicer way to express love for a newborn baby, Mary, than being called a name by her family and loved ones.

Many of the characters that bore the name Maryam have emerged through time, including:

Distinctive personality mentioned in the New Testament and the Qur’an. She is the mother of Jesus of Nazareth, who gave birth to her, according to Christian and Islamic beliefs.

A virgin birth without the intervention of a man.

Mary was betrothed to Joseph the carpenter when the angel Gabriel announced to her that she would bear Jesus, and she remained near him until the crucifixion.

Various books and writings of the Church Fathers speak of her early life to the beginning of the public vocation of Jesus.

These writings have been accepted in varying degrees as doctrines of the Christian sects.

The Church also bestowed on her a large number of titles, for she is the Queen, the Blessed, the trusted intercessor, and other titles that are part of her honor.

Mary died five years after Christ was raised. She was fifty-three years old at the time, and it is said: Her grave is in the land of Damascus.

Her Royal Highness Princess Maryam Alaoui is the Princess of Morocco and the daughter of the Royal and Ruling Family of Morocco.

An Alawite princess from the royal family of Morocco, the eldest son of King Hassan II

She was born in Rome, Italy, on a Sunday while the royal family was spending their summer vacation there.

Also, She is the elder sister of King Mohammed VI.

She is interested in Moroccan childhood, through her presidency of the National Childhood Observatory.

The princess continued her studies at the Mawlawi School, the Royal Institute at the Royal Palace, and the Mohammed V University in Rabat.

Where she obtained her baccalaureate degree in June 1981.

An Egyptian actress was one of the most famous movie stars and the closest to the hearts of the masses.

She was born in Fayoum, and she was born on the eighth day of January 1933.

Also, She accidentally worked in art at the age of seventeen.

She won many awards, the first being the first prize in acting for her role in the movie (I don’t sleep).

It received about 500 certificates of appreciation and merit from many technical bodies.

He called it several titles, including:

She is an Egyptian artist from a German mother.

I was brought up in monastic schools.

Her artistic career began in the fifties of the last century, and her name has appeared in many works and roles.

She participated in nearly 240 works, the most important of which are:

She was well known on Moroccan TV.

Maryam Said began her career in 2003 at the age of seventeen, during the “My Health every day” program on the Moroccan Channel 2 channel.

She was attracted to present a different type of artistic talk show, most notably “Rhythms of the Atlas” and “The Immortals”.

Despite her young age, her fame spread across the border outside Morocco to represent her country on the Arab Radio and Television Network through the Tarabi program entitled “Zain Al Tarab” that she presented on ART Al Tarab.

She was known for her love of horses and musical music.

Also, She enjoys many hobbies, including travel, reading, skiing, and playing sports.

She applied to join the Middle East TV Center in 2010.

After that, she joined the news department in a quantum leap and a new experience, hoping that she would have a greater opportunity in her field in which she shone.

Here we have come to the conclusion of our article on the great and ancient name of Maryam in the history of the Arabs.