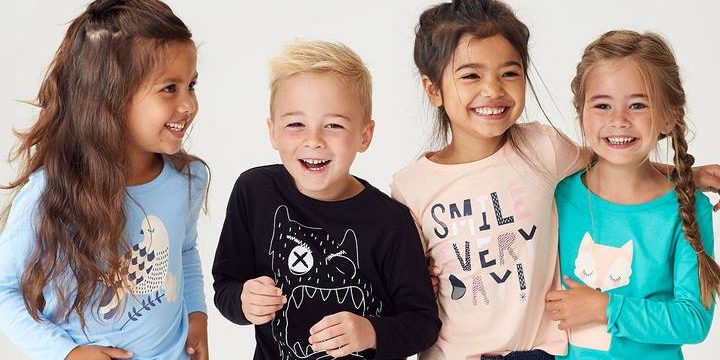 Names are indicative of beauty, searching for beautiful and awesome names is a testament to the taste of people who want to have beautiful and wonderful names.

Fathers and mothers strive to choose the most beautiful names for males who are coming to this life, leaving only a few days or months for this new baby to welcome us.

So, many mothers search for children’s names that state beauty, as these are the famous names whose meanings state beauty and elegance.

Choosing beautiful names is a matter of great importance for many pregnant women who are due to give birth.

Lebanese was the homeland of the Phoenicians, occupied and invaded by the Assyrians, Persians, Greeks, Romans, Arabs, Crusaders, Ottomans, and French.

This diversity is evident in the diversity of Lebanon’s population, its composition from a group of different religions, and its distinctiveness in festivals, musical styles, literature, and Lebanese architecture.

Lebanon is famous for tourism, although it was cut off during periods of conflict.

Despite the religious and sectarian diversity in Lebanon, it “shares most of the cultures.”

In view of a large number of immigration and emigration to the Arab Lebanese Republic and the great stability of numbers, this led to the spread of many of these.

Some of which have spread widely and remain common to this day. 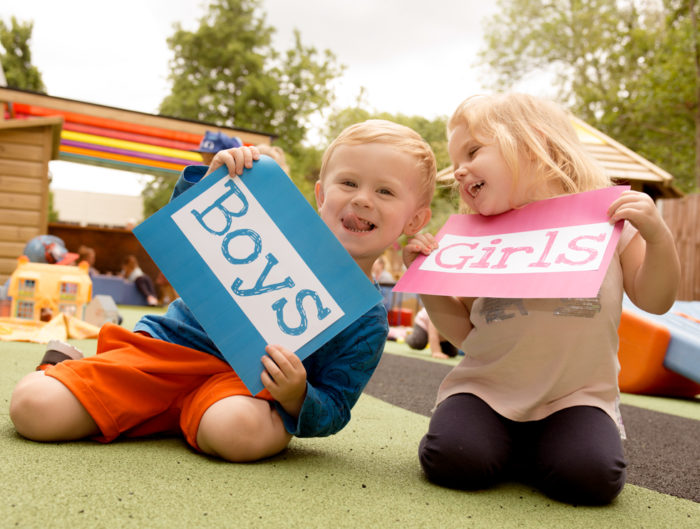 Boys are the hope and great essence of this nation, and because of this, it was necessary to choose beautiful names for them.

1.Loay: A name that means strength and intensity

2.Laith: One of the names of the lion, meaning his son

3.Majed: The owner of honor and glory

4.Mazen: means bright face, and it is said that it means ants eggs.

5.Maher: The glorified skilled in every profession, the professional in his profession, and the master in something specific he does.

6.Mujahid: It means a fighter fighting for a certain goal.

7.Mohsen: He who does good for others and provides good for them and everyone in need.

10.Muhannad: The name of a sharp sword made of pure Indian iron.

11.Moayad: The one who supports others and supports him towards his goal.

12.Musab: The one who endures hardships and confronts them firmly.

13.Faisal: The sword is the separator between right and wrong.

14.Mustafa: the favorite of any species.

18.Nasser: The victor, the victor, and the winner of something and who supports it.

19.Nadim: A respectable and courteous person.

21.Firas: the intelligent, the burning.

22.Fahed: a fast animal from the family of predators.

23.Qasoura: One of the names of the lion.

25.Gainer: One who makes money hard and tired.

26.Karim: The generous, generous person who does not spare anything for anyone.

27.Kazem: He is patient and traps his anger.

31.Talha: the name of the banana tree.

32.Zarif: the eloquent in his words.

33.Aafi: The recovering person is in good health and peace.

36.Anan: What has risen from the sky, and the thing if it appears before you. 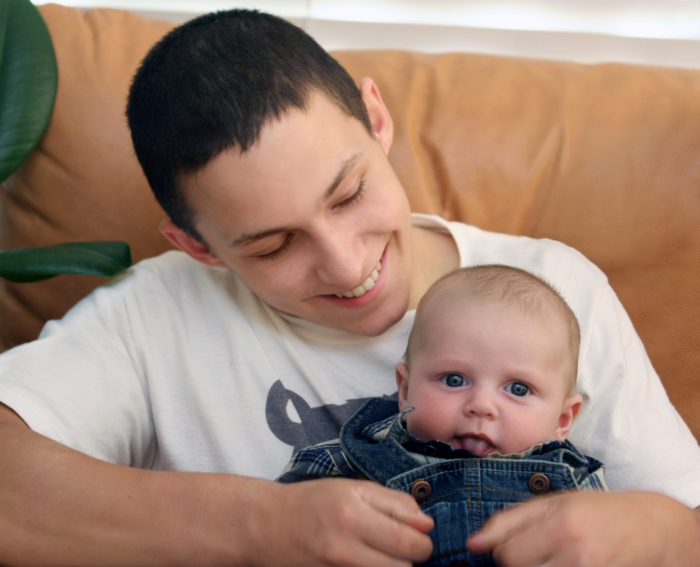 37.Asim: The condom is from something scary.

38.Ghamid: The sword was placed in its sheath and the name of his tribe in Hijaz.

39.Zubayr: I mean, the strong, strong, and aggressive man.

40.Sari: The clouds that appear at night and cover the face of the sky.

41.Samer: who talks with people at night during the night.

43.Shady: The singer with a sweet voice.

44.Shaher: He is the one who raises his sword to achieve justice.

45.Sharif: It means elevation and integrity.

46.Shehab: The falling star from the sky is one of the most beautiful aspects.

47.Saber: He is the one who endures misfortunes and hopes.

48.Sarem: one of the meanings of the sword and the strong endurance.

49.Jalaa: the departure of something.

50.Elia: A foreign name, in my opinion, the beginning of the thing.

51.Ibrahim: A non-Arabic name, it was said that it means Father.

52.Basil: The brave commando who has nothing to fear.

53.Badr: means the moon in its full night.

56.Boutros: The name of one of the apostles.

57.Thabet: permanent straightening does not change.

58.Brilliant: Its meaning is brilliant.

59.Basman: It means a person who always smiles with a confused face.

61.Razi: What is meant by a chaste and dignified person.

62.Argad: The most fertile and sweetest, and the origin of the name is Arabic.

Also, we will not forget that the girl is the text of society and an important member of its development.

3.Tiffany: is the name of an English feminine character of Greek origin

The name originates from the Greek word Theophano, which means “the appearance of God.”

4.Tamara: A feminine proper name that spreads a lot in Lebanon

It is of Hebrew origin and means: a date palm or a palm tree.

6.Carolina: It is a feminine personal proper name, and it is considered one of the most widespread names in the world in general, where the name of one of the states of America and Lebanon in particular

It is a name of Latin origin meaning beautiful woman.

8.Yves: It is a feminine noun that means soul or life.

9.Evelyn: It is of Hebrew origin, and it is said that it has more than one interpretation and meaning the first opinion says that it means a nut

12.Samantha: Of Greek origin, it means a person who is good at listening to God’s words and teachings.

16.Damla: It is a Turkish name that is very common to them, which means gushing drops of water or rain.

17.Ruginda: I mean the life-giving sun.

19.Slava: The meaning of the name Slava is to say hello to those around you.

20.Myaseen: It is the name that means distant star.

21.Wilma: It is a foreigner in origin, and it means a strong woman.

23.Aiko: It means a story or a fairy tale, and it can also mean a legend.

24.Hulya: It bears the meaning of daydreaming.

25.Ezel: One of the names given to females, it has Turkish origin and means eternity and immortality.

26.Karma: It is a name that means moral justice, meaning whoever does well finds good, and whoever does evil finds evil.

27.Banan: A name that is not well known among the Arabs, and it means fingertips, and its owner is always known for its beautiful qualities.

30.Taima: It is one of the names of the deserts.

31.Safia: a female name that means serenity and loyalty.

32.Nawala: It is an Irish name that means white shoulders.

33.Ghozlan: The name is of Arabic origin, meaning the boy.

34.Luna: It was one of the names of the gods that existed in the past, and our color was the meaning of the moon and its dim light.

35.Sidra: What I mean is the twinkling star.

36.Jida: This name is given to the beautiful girl with a long and beautiful neck.

37.Layan: The meaning of happiness and well-being, as well as a decent life for the owner of this name.

And whoever endures it is characterized by being one of the soft-hearted people.

38.Hasna: a name of Arabic origin, meaning a beautiful girl with good shape and good looks.

39.Hana: A name of Arabic origin, referring to a tender girl with a compassionate heart.

40.Sema: It is a name of Greek origin and carries the meaning of a miracle, and it is said that the name (Sima) is the original.

41.Lamar: The name means the dim light, produced by the luster of minerals,

It is one of the most popular names in the recent period.

43.Daniela: It is a name from Hebrew origin, given to girls, and it means excessive self-confidence. 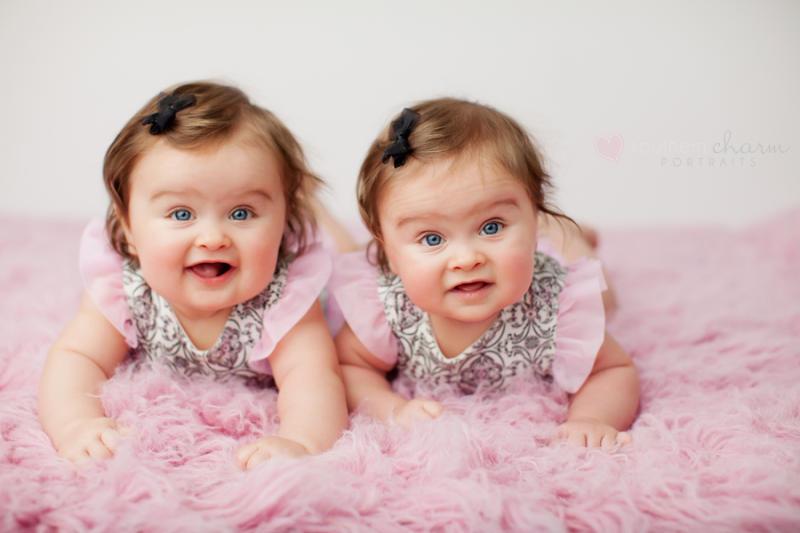 45.Camellia: One of the names that carry the scent and the meaning of fragrance together, as it is a type of flower that means the pure innocent girl.

46.Zomorrod: It is a green gemstone.

48.Zoha: a name was given to females, meaning light and radiance.

49.Sirin: a great and beautiful woman, mountain top, or mermaid.

50.Shanda: It is one of the Indian names spread in Lebanon, which means beautiful moon.

51.Solina: This name bears the meaning of struggle and struggles for the sake of the family in particular.

53.Lama: It is the tan or blackness of the soles of the lip, and it is one of the desirable characteristics of women.

54.Ronde: This name means broadleaf in leaves and fruits.

55.Ayla: A foreign name that means moonlight, and the owner of the name Ayla is a gentle and attractive girl who cares about her beauty and elegance.

57.Abrar: He is honest, obedient, pure, pure, and the owner of the name Abrar is a good-hearted girl, obedient to her Lord, and a love for life.

58.Areej: An Arabic name that means the sweet, aromatic scent that spreads around the place, and the owner of the name Areej is a girl with a wonderful personality, good thinking, ambition, and strives to serve those around her.

60.Taliaya: A Latin name meaning the light of heaven.

61.Tara: A name of Turkish origin that means beautiful rose or bright star.

62.Tasnim: A spring of heavenly water from which those close and righteous are watered.

63.Tamara: A name of foreign origin that means palm tree.

64.Taghreed: A name of Arabic origin that refers to the singing sounds of birds.

66.Tahyyiah: I mean peace and welcome to the coming person.

We have come to the end of our article. These were the most common names in Great Lebanon