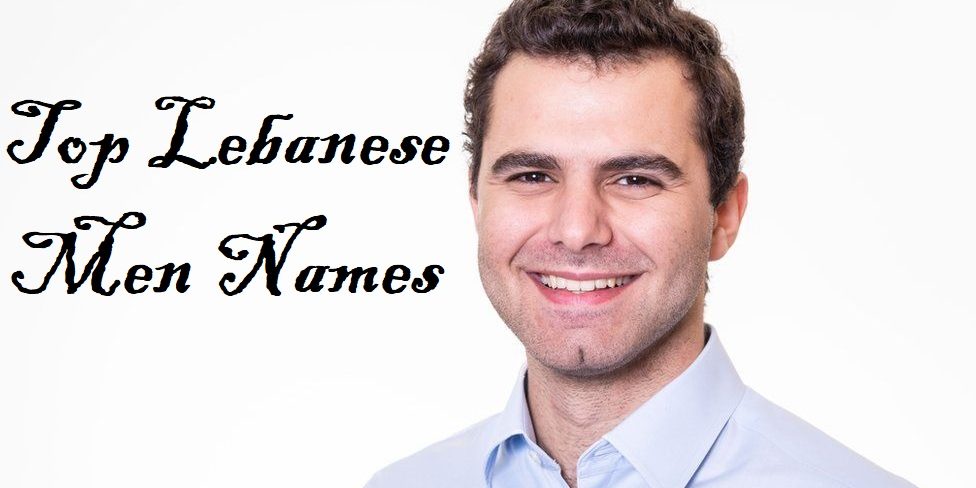 Upon the arrival of the child, the family rejoices for this new family member.

Usually, both the father and mother will have chosen a specific name for their child even before his birth.

Naming a newborn child is one of his rights that God Almighty has prescribed.

It is the duty of the father to choose a name for his newborn son.

Names are the hallmarks of every person.

Human beings passed on the name generation after generation, until everything in the universe had a name by which it was known.

The name leaves a lot of trace on the child that stays with him throughout his life.

That is why choosing a beautiful name from consistent letters leaves a good impression on itself, which is very important.

Studies have shown that the name has a strong and direct effect on personality because it affects the way others see it, and this generally affects social status.

Most mothers resort to modern and sophisticated names that belong to high-end nationalities, and to move away from traditional names.

Many mothers search for the names of Lebanese youth, as Lebanon is distinguished by the splendor and beauty that is reflected in the names of their own. 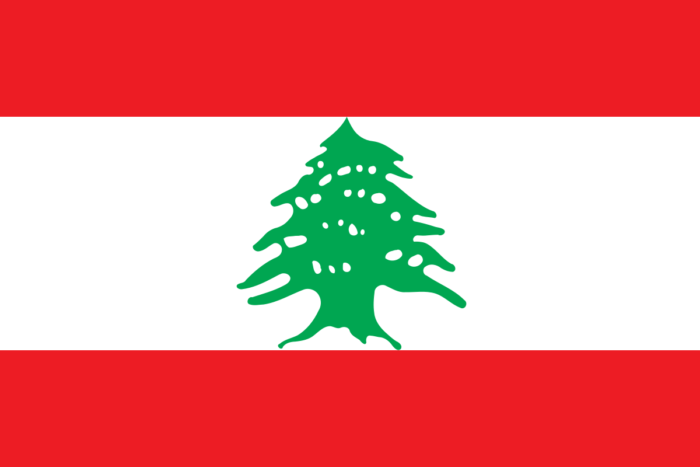 1.Al-Hassan: An Arabic name that means beautiful in character and morals, bright and glorious, and everything that is beautified is good.

2.Aaser: He who captivates others with his beauty or generosity of morals.

4.Aws: means wolf, and it is one of the authentic Arabic names.

5.Akram: A name that means the most generous in existence.

6.Anas: It means familiarity and it is against loneliness

7.Bassel: An Arabic name meaning valor, and it is the brave and courageous lion.

8.Bahi: He is from Al-Baha, and he is the beauty and the circumstance, and the brilliant also the one who overcomes others in beauty and beauty.

9.Bilal: The person afflicted with water, who was cured of the disease.

10.Bishr: It is the fluency and radiance of the face, and it also means joy and cheerfulness.

11.Baraa: meaning the right one from the defect, and it is a beautiful name that is loved for its meaning.

13.Dagher: it means the impulse, the raider, the attacker, the inside, the mixer, the compressor

14.Danny: The relative in the place and the person with the character is tolerant, kind-hearted, and close-to-right.

15.Duraid: He is the one who lost his teeth.

17.Faisal: The ruler who decides between right and wrong, the judiciary, the cutting sword, the complete estrangement.

18.Fares: The warrior knight who rides a horse.

19.Fahed: The name was given to a predatory animal, its color is black, and its size is smaller than the tiger, which is light and strong.

20.Fadi: He who redeems and delivers by his soul or with all of his valuables, and he is the deliverer from captivity or from any hardship.

22.Ghassan: The intensity of youth, virility, and beauty, and it is the name of water in the Tihama tribe, where the Arabs lived near it.

23.Haitham: It is the falcon, the red Ramla, the soft ground.

24.Hadi: the preacher, the mentor, and the religious mentor, and a presenter. The guider was said to be the stick, the neck, the blade, the lion.

27.Habbab: It is the dew on the plant in the morning, and it also means much love.

28.Hazem: a categorical and irreversible one I knew a firm man who controlled his matter, controlling it with confidence

29.Hamad: He is the one who thanks to his Lord for the blessings.

30.Habeeb: He is the lover or the beloved.

32.Jawad: which means horse, and is characterized by a lot of tender and generous people.

33.Jassar: is one of the Arabic names, and he is very daring and daring.

34.Joan: is a Persian name, meaning boy or teenager, and it is said that it means primrose.

36.Kinan: Cover, Guard, Tunic. From the verb, the thing was to cover it and cover it.

40.Muhannad: A cutting sword made of iron from India. 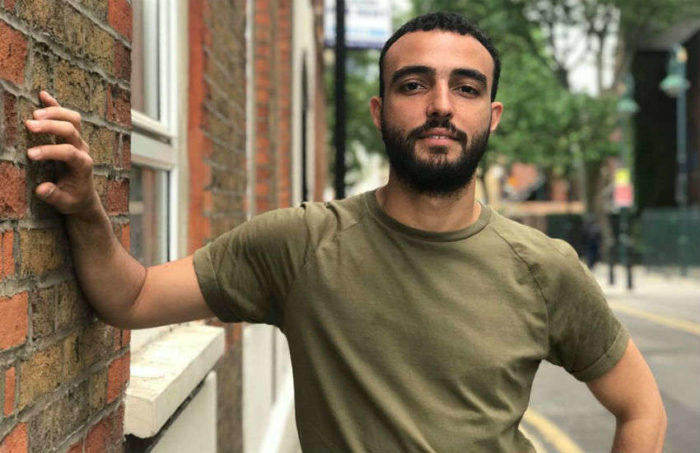 The most beautiful names of Lebanese men

41.Mazen: It is the mawn meaning the clouds, or those with water from it, and the meaning of rain.

43.Moataz: The refrained, the invincible, the victor.

44.Morgan: one of the proper names given to males, and he is of Arab origin. It means the little pearl.

46.Mohsen: a male scientific name, which has its origin in the Arabic language. It means one who does good for others.

47.Maher: a male scientific name, which has its origin in the Arabic language. It means the glorious master of every profession.

48.Majd: It is a masculine name with an Arabic origin, meaning pride, elevation, generosity, and honor.

49.Mahjoub: is preserved for its height, hidden and forbidden.

50.Migrant: An Arabic name given to a male meaning traveler, departed, or expatriate from his homeland.

51.Murad: It means intent and demand, the person who is much rebellious, or the desired thing, and the day he wants to crowd the creation.

52.Mina: One of the Christian names for boys is widespread, and 53. Mina means Al-Amin.

55.Nadim: the companion in ritual gatherings

56.Nawwaf: the high place, everything is high, the height is severe.

58.Nader: the few in existence, the few, for example, the advanced in virtue or knowledge. Rare what anomalies and violates the rule.

59.Nassar: There is a lot of support for others, the appointed and the supporter.

60.Nofal: The beautiful young man and the generous man, or he is the gift itself, as this name means the sea or the mention of hyenas.

61.Nasri: Attributed to victory and victory, and it is a name transmitted from Turkish, although it is of Arab origin.

62.Naeem: Affluent livelihood, happiness, money and quiet comfort, and bliss in the hereafter is heaven.

63.Nidal: Defending the homeland and protection, or it is the darts match.

64.Nisan: spring, or it is the name of the fourth month of the year as it means the new day, or the beginning, the movement, and the initiation.

65.Nurmi: the garden or pasture.

66.Nolan: A brave and daring hero or an honorable noble.

68.Noas: Plenty of movement or a name for a spider because its strings are interconnected.

69.Nayyar: the intensity of the fire’s light and its heat.

70.Osama: From the names of the lion and it also comes to mean straight man, which is an ancient Arabic name.

73.Qasim: the distributor and the giver, the beautiful face.

74.Qutaiba: It is the intestine that has turned from the abdomen.

76.Rani: In other words, he looked at him silently.

77.Raed: The person who advanced his people in order to discover the right place for them, as is meant by the master of the people.

78.Rakan: An Arabic name that means someone to rely on during wars, and it also means sobriety and dignity, and it is from the 79.pillar, meaning glory and strength. 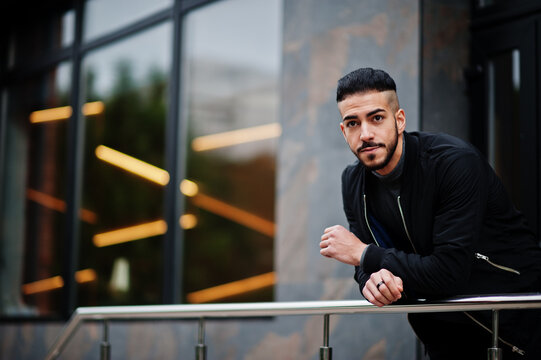 83.Rickard: the strong and brave ruler.

84.Ramzi: The name of masculine science of Arabic origin, and its use as a male science noun indicates a person’s cleverness, advice, and great intelligence.

85.Raouf: He is a person who is extremely compassionate towards others who have compassion for them.

86.Raleigh: The name Raleigh comes from the Old English meaning of the valley.

87.Ronnie: The meaning of the name Ronnie is the intensity, screaming, and commotion

88.Rowen: Which carries the meaning of a small person with brown skin or a black little person.

89.Salman: The obedient, the surrendered, the one who is pure from every defect, the right one.

90.Samandal: It is said that it is a bird that does not burn with fire.

91.Saif: the well-known white weapon. And it has other meanings that are not intended by the name. For the Arabs, the name indicates strength.

92.Shahir: He is the person famous among the people thanks to him, his knowledge, his attractive personality and his alertness, and he indicates great status and prestige.

93.Sheehab: The bright flame of fire and a meteor meaning star.

94.Shaher: The man raised the sword.

96.Saber: He is the patient and the bold or the one who holds something and is steadfast.

97.Taim: That is, the slave of the gone-minded slave, and in the pre-Islamic era they were called a compound.

98.Tiam: Intense love and mind departing from the intensity of passion, and it is one of the beautiful names that can be applied to males.

99.Taleed: inherited from ancestors, whether it was money, honor, glory as it means ancient and ancient.

100.Tamim: He is full of manners, the extreme of steel.

101.Tariq: It means the person who knocks on the doors. It is widespread in Arab countries.

102.Tahnoun: Whoever was crushed by war and life’s events.

103.Yunus: Glutton is a good food to catch and devour.

104.Yazeed: A thing that has increased in size and value.

105.Yazan: from the balance, which means justice and equality in governance and integrity, as well as grass that grows in the desert, which is the name of a region in Yemen.

106.Yaron: The origin of the name is Hebrew

A Hebrew name was given to a male meaning, full of fun, and it is one of the names of boys widely spread in Lebanon.

109.Yannis: The origin of the name is Hebrew, given to both males and females, and it means a gift from God.

111.Yarboa: It means a person who resides in a place and never leaves it.

112.Yeshan: Its meaning is archaic.

114.Zimoni: The name Zimoni came from the Hebrew meaning meeting, summon, and meet.

115.Zohar: It is a Hebrew name that means shine, radiance, and brilliance.

116.Zufin: in the sense of accelerating in his gait and flight.

117.Zinas: He is the living and permanent person, as some say that the name Zinas in Greek is like the name of Khalid in Arabic.

118.Zorkin: The name of two boats goes back to Kurdish and means a mountaineer, where the name was used initially as a dog, but recently it was used as a male scientific name.

119.Zrankar: It is all that was engraved with gold or what is called the madhhab, and Zankar of Persian origin suggests beauty, beauty and radiance.

120.Zenati: The name Zenati is one of the scientific names of Arabic masculine origin, attributed to the adornment, meaning the well-dressed and the beautiful.

final, it is the end of our article, these were the most famous 120 Lebanese men names with what means each.