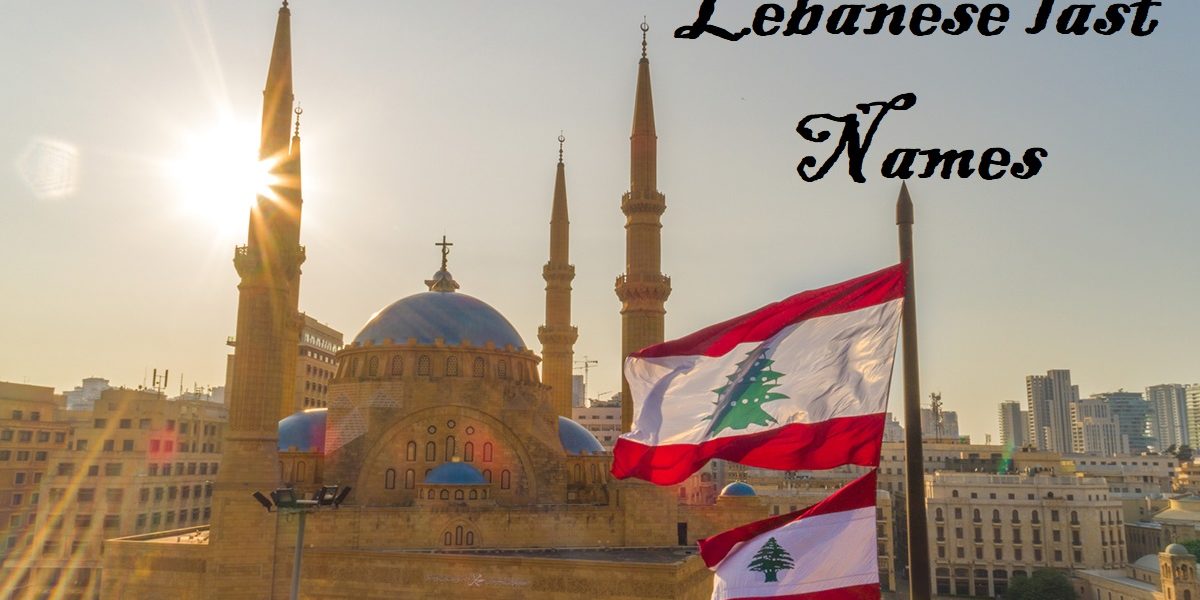 Behind every Lebanese or even Arab family name a story, each has its own history and narration that tells of its origins and roots.

Even one family was divided due to social, regional, or economic conditions into three or four families.

Some families trace their roots back to a certain sect, yet we find that they exist in more than one sect, and the reason for that is political and social circumstances.

So, some Lebanese families changed their religion or sect and kept their family name.

Some families have changed their family names, not because of their desire but based on

But, the Ottoman era still had a profound effect on the names of most Lebanese and families of Beirut in particular.

Some Lebanese families were forced to change their family name for political, military, or security reasons to get Lebanese nationality. 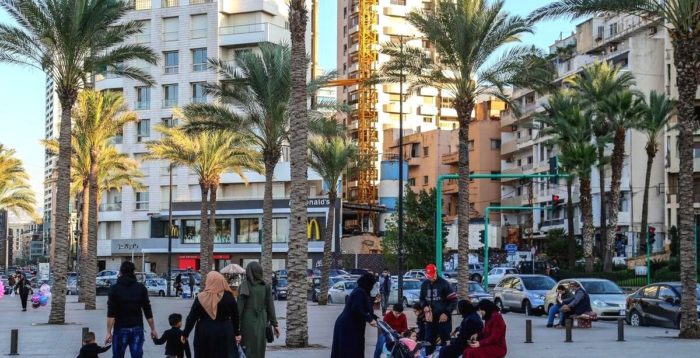 There are names associated with countries, regions, places, and directions such as:

1.Baalbaki: It belongs to the residents who live in Baalbek.

2.Sidawi: It is for the residents of Sidon.

3.Beiruti: It is for residents of the capital.

4.From these names and similar ones:

Some of the names are related to months, days, or seasons

Each of us has a distinguished history in his life that means a lot to him, and to always remember it, some Lebanese have named their families after this date.

Belongs to the seasons:

Some people like a certain type of food to the point of being crazy when they eat it, and this prompted some to name their families such as the names of certain dishes.

Among them are also those related to taste and flavor

When it comes to food, everyone has his or her own taste by choosing the flavor and taste they like.

But the situation evolved into naming family names like tastes.

And because the religious aspect is an inseparable part of a person’s life, some Lebanese have named their families like the names of religious symbols.

21.(Khoury and Khoyri): means the priest in the church.

22.(Salibi and saliba): refers to the cross.

23.Mutran: It means bishop who is One of the highest religious ranks in Christianity.

24.Qiamah: It symbolizes the resurrection of Christ.

26.Druze: refers to the Druze.

27.Mousahharaty: The person who awakens the fasting people in the morning.

28.Al-Khatib: relative to the one who preaches.

29.Zahid: in the sense of a hermit, he is one who lives a simple life.

30.Hilal: a phase of the moon that is considered one of the religious symbols in Ramadan.

31.Azhari: that is, it goes back to the Al-Azhar Mosque.

32.The Mufti: He is the one who determines any behavior, if it is an analyst or forbidden, is the highest rank in the subject of fatwas.

Names have to do with human attributes

33.(Zarifa, zarif): refers to a person who is light in shadow and loved

34.Naum: Refers to a person with gentle features.

35.Al-Hilweh: It has a wonderful beautiful meaning

37.Basma: It means a nice smile

38.(Al-Assaad, Al-Saad, Saeed, Abu Saeed, and Sa`ada): all terms and names are derived from the word (happy) and carry its meaning.

40.Al-Amin: refers to the person with whom you can keep things and secrets

41.Shujaa: A person who faces everything rationally and is fearless

42.Neamah: Everything is beautiful from the Creator

Some of them have something to do with colors:

As we know, our life without colors will be dark and black.

We will not see it in it a beauty that we can describe, and because of that, some Lebanese families named their families after some of the colors, including: 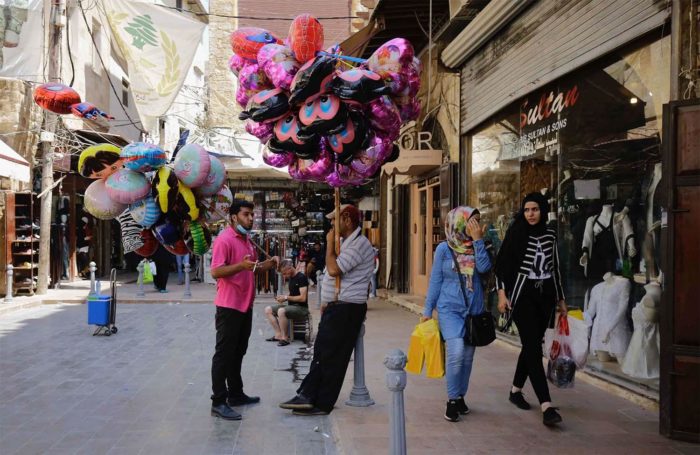 Names come from physical characteristics, defects, and diseases, or as indications of misfortunes:

No one found a logical explanation for this type of designation except for one explanation, which is the presence of a dear person afflicted with some kind of physical traits.

49.Al-aawar: a person who lost one eye and was seen by the other

50.(Hawila and Abu Hawili): It refers to a person who has tilted eyes

51.(Al-Akhras, Deaf, and Khuris): refers to the speechless person

52.Al-Atrash: Refers to the person who does not hear

54.Mazloum: It refers to the person whose rights were taken by force.

55.Al-mashnooq: The person who was executed by wrapping a rope around his neck.

56.Yatim: He is the one who lost his parents or one of them.

57.(Ma`tar and Al-aatar): Refers to the poor person who spends his life stumbling around the bare problems: he is the one who walks without anything he wears on his feet.

58.Al-Bardan: One whose body trembles from a lack of warmth

59.Al-atshan: He who needs water to drink.

60.Naasan: someone who misses sleep for a long time.

61.Shehadeh: It is a word that carries the meaning of begging.

names are related to professions and trades

And since profession and work are the basis of life and means of livelihood, some Lebanese families have not neglected to name their families, such as the names of their professions that they are proud of.

63.(Hakeem,tabeeb.jarrah): those who treat people and relieve their pain

64.Mouallem: He who educates generations.

65.Shaaer: He who writes poems, praises the problems of his homeland, and finds solutions to them.

66.Rassam: He who paints the most beautiful paintings.

67.Mousawwer: Whoever takes the most beautiful pictures.

68.Tayyar: whoever commands a plane in the sky.

69.Qobtan: how much he leads a ship in the seas and oceans

70.(Khabbaz , farran): those who make bread that is the main food

71.Halawani: Who makes sweets and cakes

72.Kahwagi: Refers to the owner of the café where he serves tea, coffee, and other drinks.

73.Atarjy: Refers to a perfume seller.

74.Al-Tabji: It denotes the small cannon, as one of the forefathers used to work in the military field.

75.Al-Madfaji: denotes the person who used to strike a cannon, and this title was carried by one of the grandfathers at the time who was working in this field.

names that may cause embarrassment to their owners

The purpose of that name is not known, as it does not contain any positive content in its names

76.Aphiony: a type of narcotic drug that is highly addictive and has symptoms whose severity cannot be predicted.

77.Mokhaddir: A type of contraband that is forbidden to circulate due to its severe harm

Among the names related to the status, rank, and family ties:

In every family, there is often a high-ranking person who means a lot to the family and is a great symbol in it and a great legacy for the family, so many families named their families as the name of this person’s rank

80.Alqaeed: He is the one who leads his armies in battle

81.Khalifa: He is the subsequent president appointed in advance

82.Al-prince: He is the prince and the son of the king 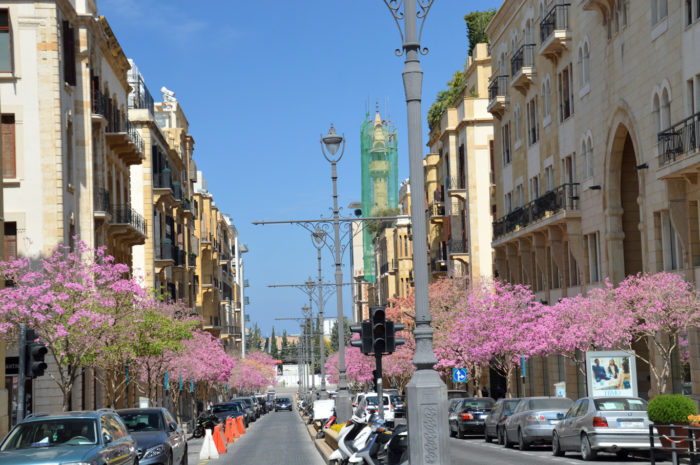 85.Al-Baltajy: It refers to the person who has many problems

86.Taan: It refers to the insertion of the knife into the body

89.Pharaon: One of the great gods of the Egyptians

90.(Antar and Abu Antar): an Arabic name that gives an example for a person of masculinity and magnanimity and who does not fear anyone

91.Baroud: An explosive toxic lethal substance that is absorbed into a bullet

92.Raad: the loud sound that follows the appearance of lightning

93.Ghoul: a mythical creature that is depicted in terrifying shapes to frighten the little ones sometimes

Whereas, the presence of a large number of religious observers in Lebanon led to the emergence of family names with the names of messengers and clerics

There are families who carried the names of Arab tribes, but over the years, many tribes changed their tribe’s name for professional, social, economic, geographical or military reasons.

97.Qalaji: whose roots go back to another family, but the family name changed over the years due to the surname that dominated the family, as one of the grandfathers was responsible for a castle

names such as the name of the materials and purposes

It is possible that some of these things constitute a beautiful memory that occurred and remained in the memory by naming the family by its name.

98.Besat: Something that extends on the ground for people to sit on

99.Hariri: Relative to silk, which is the most expensive type of threads

100.(golden and Abu al-Dhahab): it focuses on the precious yellow metal, which is rich in the definition.

101.Qandeel: A container in which a flammable substance such as alcohol is placed, used for lighting or laboratory experiments

families with separate names that do not fall into specific classifications

103.Qazzaz: A family name of Persian origin, from Qaz, and its origin is Khaz, meaning silk.

105.Al Bayhum: ((Behm)) was a rich man who was good to the poor in the middle of the nineteenth century.

We reach the end these were some of the Lebanese names with their meanings.