The Planet Names In Arabic And The Characteristics Of Each 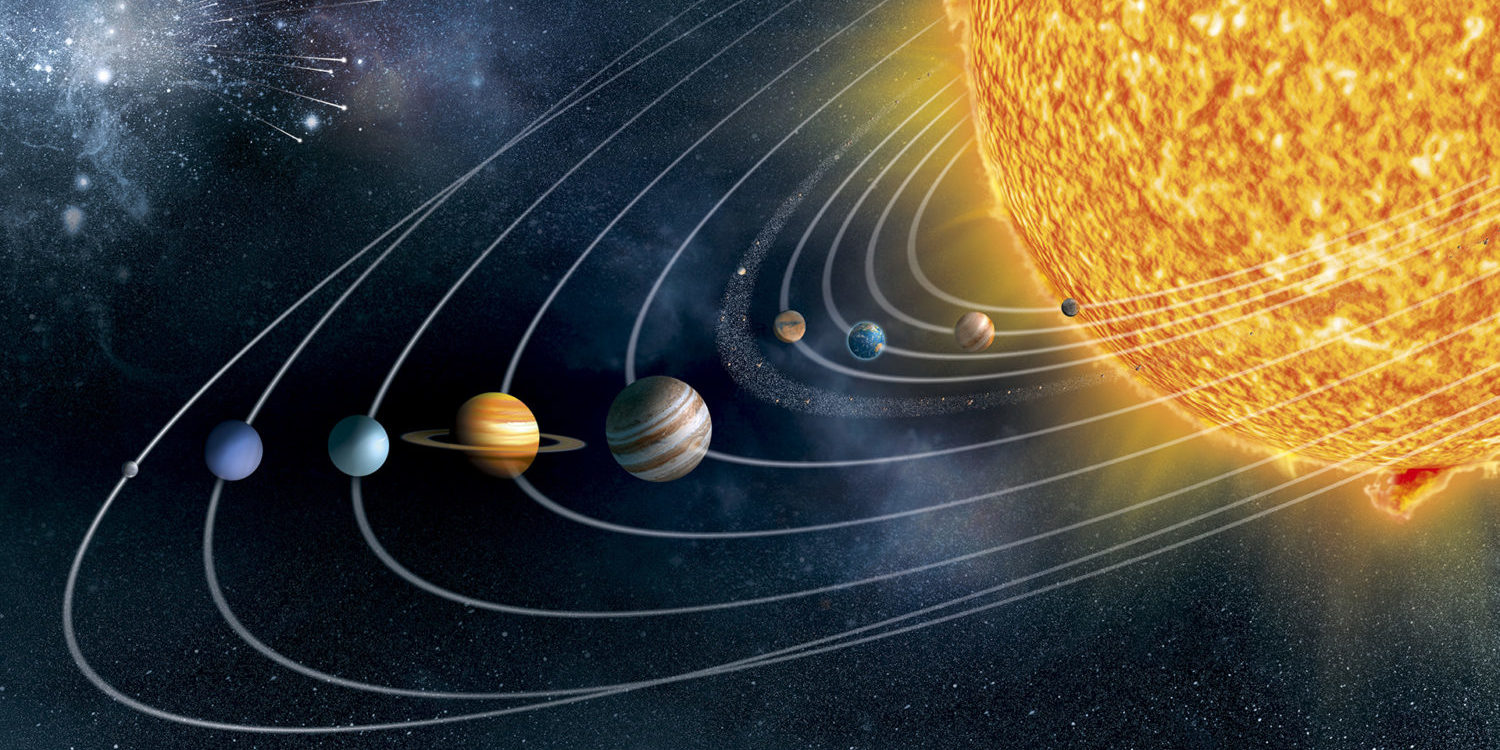 The universe is what is in the dome of the sky, from the celestial bodies

Some of them are dark like planets, and the Earth on which we live is one of these planets

Our sun, which provides us with light and heat, is one of them, and the scientific concept of the universe is that it is the vast space that contains stars, galaxies, planets, meteors, and comets.

All of them belong to the so-called galaxies, and there are a huge number of them. These galaxies have different shapes, some of which are oval and some are phallic.

The most famous of these galaxies is the Milky Way, to which our planet Earth belongs.

Also, all celestial bodies in space are members of our planet, which we belong to, which is known as the galaxy

If we observe a particular star at a certain time, we notice its change in its location

The planet names in Arabic and the characteristics of each 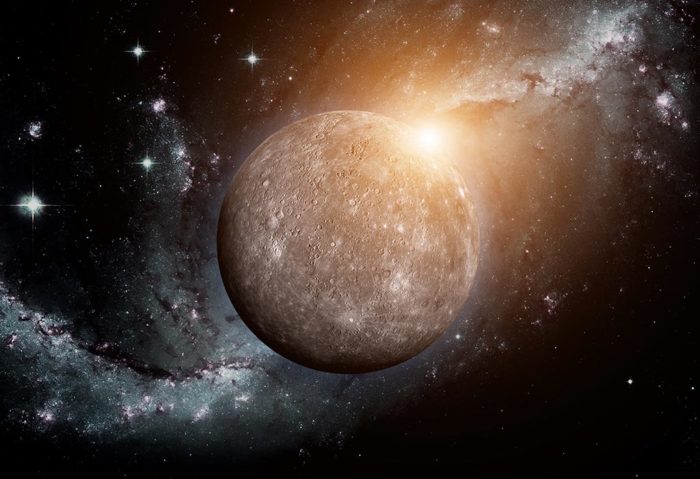 It is the smallest planet in the solar system and the closest to the sun.

The Arabs called this planet “Mercury”; Relative to the steady, continuous, and also fast running

It has the smallest axial tilt of these planets and it completes three revolutions about its axis for every two orbits.

But it is not easy to see from high latitudes, while it can be seen from middle and lower latitudes

Mercury has no natural moons, and he and Venus are the only planets without a moon system.

To answer the cause of the anomalies in these two planets, a hypothesis was proposed in the mid-1960s, that Mercury was the moon of Venus and managed to escape from its orbit around Venus.

The planet names in Arabic, Alzuhra 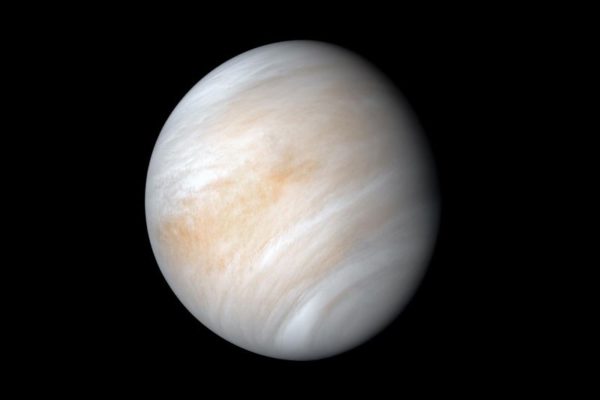 It is the second planet in the solar system in terms of its distance from the sun.

Venus is about 108 million kilometers from the sun, and its orbit around the sun is not completely circular.

It is a dirt planet like Mercury and Mars, similar to planet Earth in terms of size and composition.

Venus is named after the goddess of beauty

Venus is closer to the Sun than Earth

Therefore, it is seen in the same area in which the sun is. Therefore, seeing it from the surface of the earth is only possible before sunrise or shortly after sunset.

So it is sometimes called the morning star or the evening star.

When it appeared during this period, it would be the brightest luminous object in the sky

Venus is a windy, hot planet

It is roughly the size of Earth, which is why it is called sister earth

Whereas, the weight of a human being at its surface will be roughly the same as it would on Earth.

If someone weighs 70 newtons, they will reach 63 newtons on the surface of Venus. 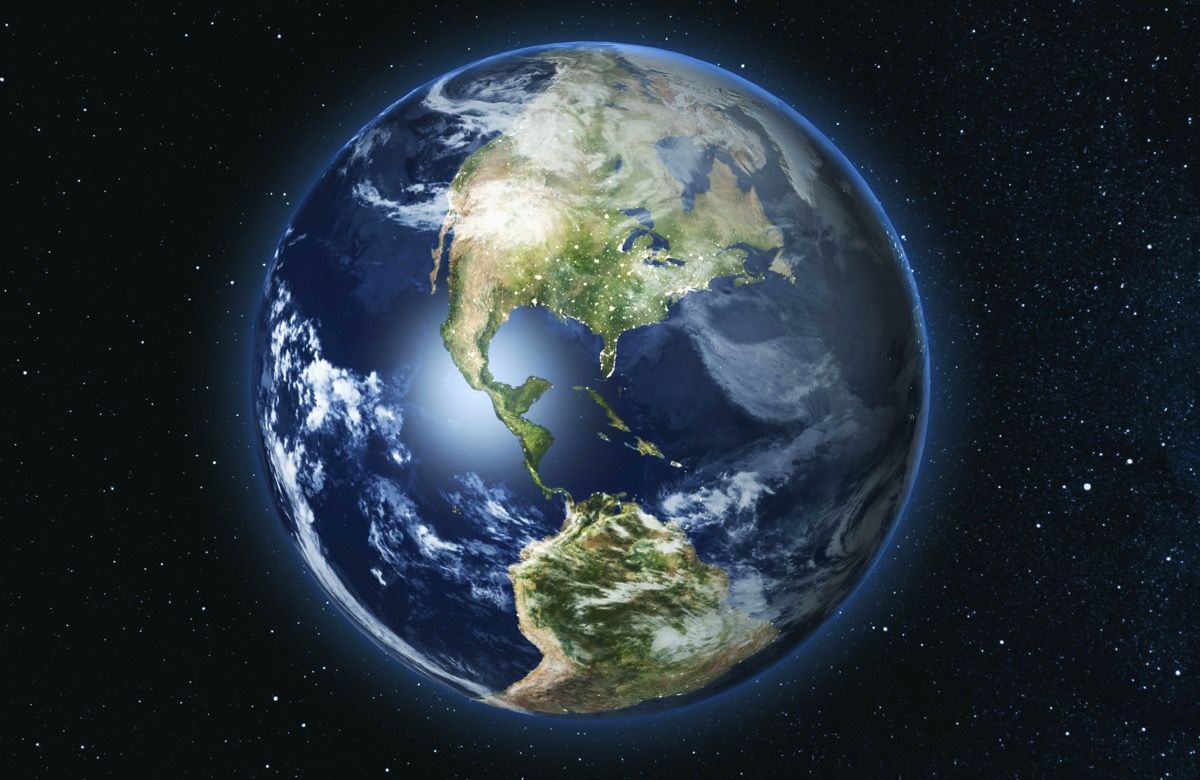 Also, It is one of the largest terrestrial planets and the fifth largest planet in the solar system

It is in terms of its diameter, mass, and density

This planet is also called the world and the world.

Earth is home to millions of species of living things, including humans

It is the only place in the universe known to have life. Earth formed about 4.54 billion years ago

Life appeared on its surface in the last billion years.

The ozone layer forms, which works with the Earth’s magnetic field to block harmful radiation, allowing life to exist on the Earth’s surface.

The Earth’s magnetic field displaces and expels the charged elementary particles coming from the sun at great speeds and pushes them away in outer space away from the earth, so they do not cause any harm to living organisms. 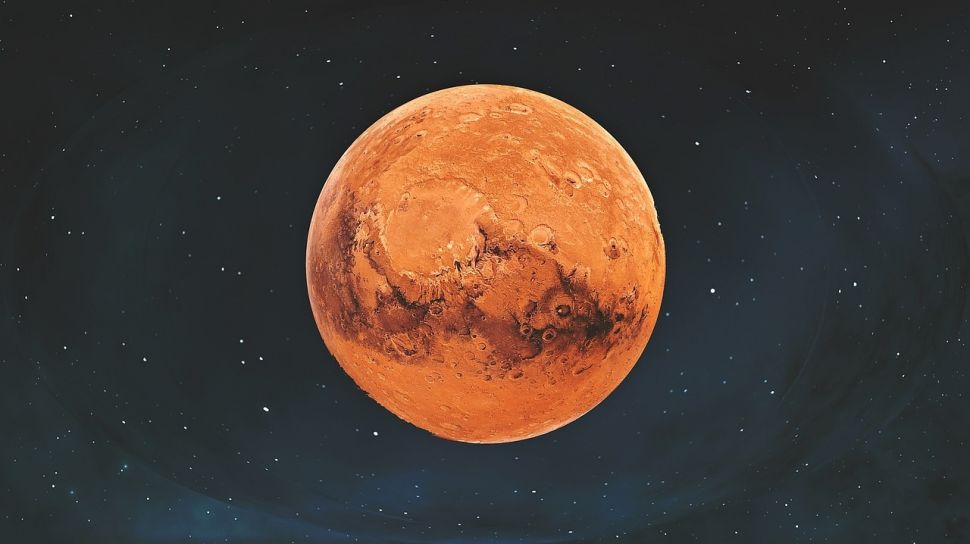 The planet names in Arabic:

It is Earth’s outermost neighbor and is classified as a rocky planet, from a group of terrestrial (similar to Earth) planets.

The nickname of the red planet, because it is caused by the reddish color of the planet, or redness due to the high proportion of iron oxide (III) dust on its surface and in its atmosphere.

It is thus equal to the radius of the Earth and the second smallest planet in the solar system after Mercury.

Its area is estimated to be one-fourth of the land area.

Mars revolves around the sun in an orbit that is approximately 228 million km away from it, which is 1.5 times the distance between the Earth’s orbit and the sun

The planet names in Arabic, Mushtary 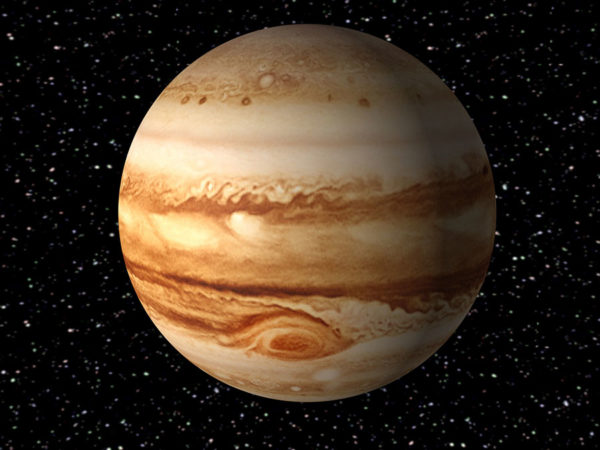 It is the biggest planet in our solar system.

Jupiter was known to ancient astronomers and was associated with the myths and religions of many peoples.

The Romans called him Jupiter and he is the god of the sky and lightning.

Jupiter appears from Earth with great brightness, reaching an apparent magnitude of 2.944, making it the third-largest body in the night sky after the moon and Venus.

Jupiter is the fifth most distant planet from the sun and the largest planet in the solar system.

It is a gas giant and has a mass of just under 1/1000 the mass of the Sun, but it is equal to two-thirds the mass of the sum of the rest of the planets in the group. The classification of gas giants includes Saturn, Uranus, and Neptune in addition to Jupiter. and these four planets are called Juvenil planets.

Jupiter is mainly composed of hydrogen, and helium is just under a quarter of its mass.

Jupiter consists mainly of substances in the gaseous and liquid state and is the largest of the giant planets in the solar system.

Named after Saturn, the Roman god of agriculture and harvest

Its symbol is the Scythe of the aforementioned Roman god

Saturn is classified within the gas planets such as Jupiter, Uranus, and Neptune.

However, its density reaches one-eighth of the density of the earth, and its mass is 95 times the mass of the earth.

Experts say the temperature and pressure in it exceed the ability of scientists and existing technologies to prepare something similar to it and experiment with it in laboratories.

Its interior is made of rocks and ice, surrounded by a broad layer of metallic hydrogen and a gaseous outer layer

Saturn is characterized by nine rings of ice and dust that rotate around it in one plane, giving it a distinctive shape.

There are sixty-one known moons orbiting Saturn, except for the smaller ones

Of these, 53 satellites have been officially named. 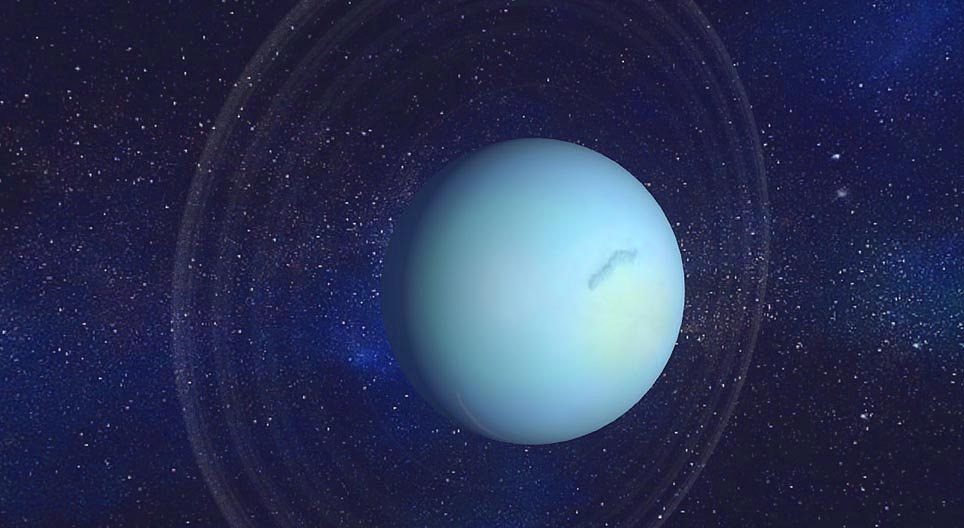 The planet names in Arabic:

It is the seventh farthest planet from the sun

The third-largest planet in the solar system

It was named after the god Uranus (ancient Greek: ?) in Greek mythology.

Due to its sluggishness and slow rotation in its orbit.

William Herschel announced his discovery on March 13, 1781, extending the boundaries of known planets for the first time in history.

Uranus was also the first planet to be discovered through a telescope.

The composition of Uranus is similar to that of the planet Neptune.

Both have a different composition from the other gas giants (Jupiter and Saturn).

So astronomers sometimes classify it under the classification of an ice giant.

It is mainly composed of hydrogen and helium

However, it contains higher ice content such as water ice, methane, and ammonia with some traces of hydrocarbons.

Its atmosphere is the coldest in the solar system, with an average temperature of 49 K (-224 ° C).

Uranus has been explored by only one NASA flight

It is the flight of the Voyager 2 probe, which approached the planet to its highest point on January 24, 1986

No other flight has since been sent

No new probe is planned to be sent soon

The planet names in Arabic, Neptune 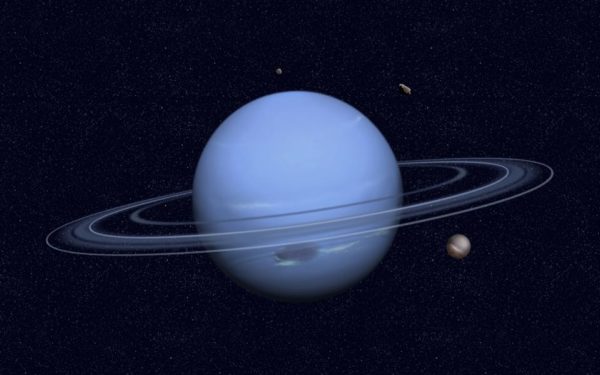 In Greek, it means the god of water, and it is called the blue planet

Also, It is the eighth planet in the solar system and the farthest from the sun in our solar system

It is the fourth-largest planet in relation to its diameter

The third-largest planet in relation to its mass.

Neptune has a mass 17 times the mass of Earth.

It is slightly larger than its close twin, Uranus, which is about 15 times the mass of Earth.

Neptune completes one orbit around the Sun every 164.8 years, at an average distance of about 30.1 astronomical units (4.5 billion km).

Neptune is named after the Roman god of the sea (Neptune), as it was discovered on September 23, 1846.

The planet Neptune is not visible to the naked eye

It is the only planet in the solar system that has been discovered by equations and mathematical prediction.

The unexpected changes in the orbit of Uranus have led astronomers to conclude that the gravitational disturbance is caused by an unknown planet located behind it.

The planet was discovered one degree away from the expected location by mathematical equations.

Neptune’s atmosphere is made of hydrogen and helium

Besides hydrocarbons and possibly nitrogen.

It contains a high percentage of “ice” such as water, ammonia, and methane.

The core of Neptune contains the same components as Uranus, it is made up of rocks and ice.

This is why Uranus and Neptune are considered ice giants. 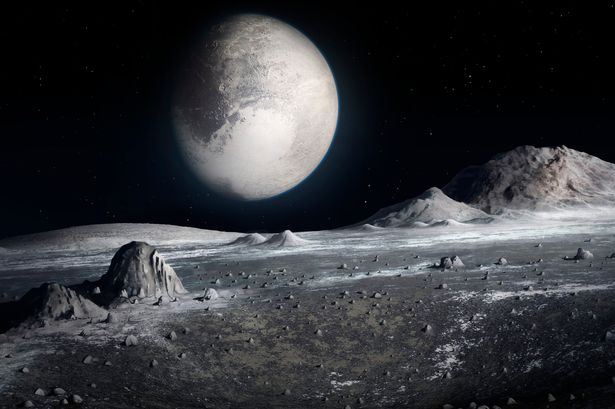 It is also known as Pluton, and it is a dwarf planet in the Kuiper Belt

A ring of astronomical objects beyond Neptune

It is the first astronomical object discovered in the Kuiper Belt

Also, It was discovered by astronomer Clyde Tombaugh in 1930

It was originally considered the smallest of the nine planets of the Solar System. And it has five moons,

Pluto is the ninth-largest known object orbiting directly around the sun.

It is the largest known object behind Neptune, but smaller than Eris.

Like other objects in the Kuiper Belt, Pluto is primarily composed of ice and rocks

It is relatively small, accounting for about one-sixth of the moon’s mass and a third of its size.

Pluto’s orbit is oblique and tilted

This means that Pluto is at regular intervals closer to the Sun than Neptune.

Here, we reach the end of our article about planet names in Arabic.