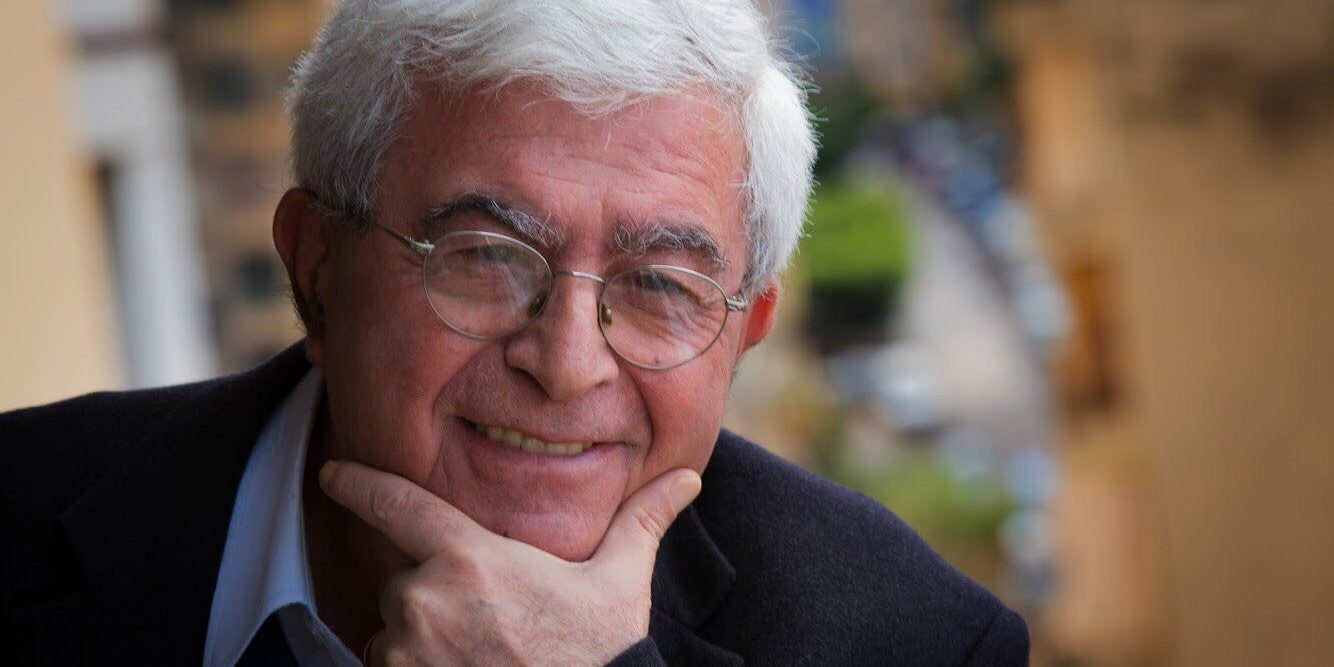 Some Arab writers were strongly committed to the causes of their nation.

Especially the Palestinian issues, which were something that could not be forgotten by a normal person

How can a reader forget it?

Among these great writers, the great Lebanese writer, Elias Khoury

This writer made the Palestinian cause his first, supreme, and sublime goal

Elias Khoury is a Lebanese writer, novelist, critic, and playwright, born in Beirut in 1948.

He is one of the editors of the Journal of Palestine Studies.

He wrote twelve novels, including The Little Mountain, White Faces, and Gate of the Sun.

His books have been translated into more than ten languages, including Hebrew.

Currently, he is the editor-in-chief of the “Journal of Palestine Studies”.

In 2011, he was awarded the Spanish Legion of Honor, Commander

It is the highest honor bestowed by King Juan Carlos, in honor of his literary path

He won the 2011 UNESCO Prize for Arab Culture in recognition of his efforts to spread Arab culture and introduce the world to it. 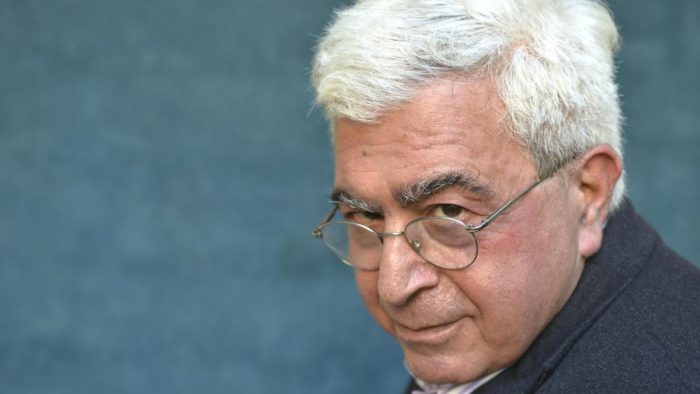 The beginnings of Elias Khoury

Amidst a middle-class family in the Ashrafieh district of Beirut.

He studied sociology and history at Beirut University

Then in 1970, he moved to Paris to continue his studies in the same field.

When he returned to Lebanon, the Palestinian cause had a profound impact on himself

He became a researcher at the Palestine Liberation Organization Research Center in Beirut.

In defense of freedom of expression and democracy,

And he became one of the pioneers of modern Arabic literature that seeks to create new dimensions in the modernity movement and convey suffering.

Where he visited the Palestinian refugee camp

He then joined the Fatah movement affiliated with the Palestine Liberation Organization at that time.

Also, He participated in the Lebanese Civil War that broke out in 1975

He was seriously injured.

In 1975 he published his first novel, “On Circle Relationships”.

He also participated in editing both “Mawaqif” and “The Road” magazine

In 1981 he was managing editor of “Al-Karmel” magazine,

He was the editor-in-chief of the cultural section of the Lebanese newspaper, “As-Safir”.

Also, He worked as artistic director of the Beirut Theater between 1992 and 1998.

In 1998, he released the novel “Gate of the Sun”, which was an uncharacterized success

In 2004 it was turned into a movie directed by Yusra Nasrallah.

He was the editor-in-chief of the weekly cultural supplement of the Lebanese newspaper An-Nahar from 1993 until 2009.

Khoury has also held the position of editor-in-chief of the Journal of Palestinian Studies since 2011.

In 2011, he was awarded the Spanish Legion of Honor, Commander

It is the highest honor bestowed by King Juan Carlos, in honor of his literary path

He won the 2011 UNESCO Prize for Arab Culture

This was in appreciation of the efforts he made in spreading Arab culture and introducing the world to it.

In 2016, he won the Katara Prize for Arabic Fiction, the second session, in the category of published Arabic novels

This is because of the novel “Children of the veto – My name is Adam,” published in the same year.

Therefore, we do not know anything about his personal life.

As for Elias Khoury’s religion, beliefs, and indigenous sect

He was born into a Roman Orthodox Christian family 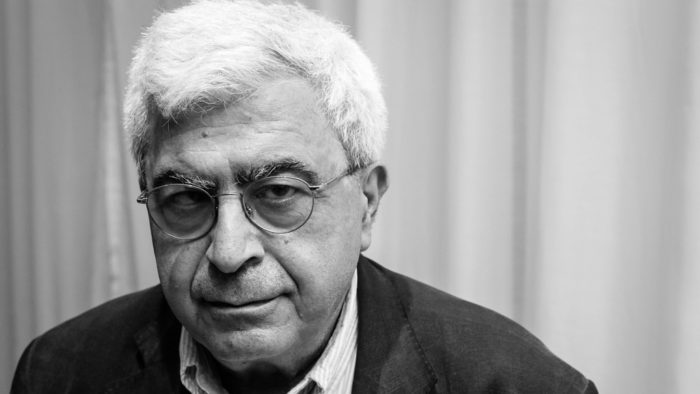 He realized what injustice meant, so he linked the Palestinian people to Christ and his torments

But what influenced him the most – he thinks – was the climate of the left-wing revolutionary movement that swept the world in the 1960s.

And that people become familiar with the experience of each writer, and all he has to do is continue, to write his own experience from a new perspective

Not to mimic other experiences at all.

In the past ten years

How to give this pain a voice and how to listen to the silence of the victims.

A statement condemned the holding of a conference in Beirut to deny the Holocaust.

Three hundred Palestinian youths built a tent village on the outskirts of Jerusalem.

They called it “Bab the Sun” after Khoury’s story.

His great position with the Palestinian cause

It is not strange for the great Lebanese-born novelist and writer, of Palestinian affiliation, to be loyal to Palestine

Culture is for him

It is a moral commitment and love.

It turns out that the cultural activities was and still is seen as an act of liberation, inseparable from the act of Venice

It is a humane liberation revolutionary project

The educated person must identify with the victims

It is a tool and a voice for them.

From this standpoint, and with a conscious choice

Elias Khoury returned from Paris to join the Palestinian revolution

To live among his family, the Lebanese and the Palestinians

His position was reinforced by the rich experience at the Research Center.

He said about the research center

It was “a school where we learned to research.”

Culture is at the service of the people. “

The research center as a school, Khoury said

To restore identity, culture, and language

Where the national tide and the relics of Palestinian nationalism

And were Beirut, which was then the Arab Cultural Center

The center was treated as part of “making a revolution”,

At the time in Beirut, it was like a “university of Arab militants.”

That is why the center’s staff enjoyed a spirit of independence, a critical spirit, of self, revolution, and leadership.

And where the rigor and accuracy enjoyed by the management of the center by its director at the time, Anis Sayegh

For Khoury and for others, it was natural for the center to be a school in which people learn to write and research

And that the cultural act constitutes for him a moral commitment and love for people.

Naturally, this was also strengthened by the presence of a creative writer at the time, such as Ghassan Kanafani

The spirit of independence and criticism that Khoury spoke of,

It came from Wayman’s conviction that the Palestinian resistance at the time was a revolutionary project that bore interpretation and diligence.

So, no one is deified in the revolution, no one can suppress

And where a clash may occur between culture and power

What protects culture is that the intellectuals remain resilient

Do not let go of the yard in the dark moments, the moments of retreat

Stressing that what protects the writer and the intellectual is moral commitment and love.

This moral commitment and love appeared in Elias Khoury throughout his cultural production.

Whether in his work at the Research Center, the Studies Center, the As-Safir newspaper, the Carmel magazine, or the An-Nahar newspaper

This was evident in his critical works, stories, and theatrical and literary writings in general

And in his novels in particular.

Translated into many languages

Starting with the famous novel “On Circle Relationships” in 1975

Even the other famous novel “Children of the Ghetto – My Name is Adam” in 2016.

Through his famous novels “The Journey of Little Gandhi”, “Kingdom of Strangers” and “Gate of the Sun”.

As an expression of his love for people and their expression, his bias towards victims, and his moral and humanitarian commitment

The characters of the protagonists of his novels were real people, such as the martyr fighter Ali Abu Touq

He is one of the founders and leaders of the Yarmouk Brigade, who was martyred in 1987 in defense of the camps.

But as basic reality and life instinct, it is a humanitarian concern.

Today we need it most

We need commitment in light of the difficult and deteriorating situation.

This is worse than the situation of the Arabs in the First World War, as he described it

With this moral commitment and love for people.

It can be said that it truly embodies the “organic intellectual” model,

What was talked about by the Italian Marxist thinker Antonio Gramsci

That intellectual critic of traditional culture

To face injustice, exploitation, and tyranny, victorious for human humanity. 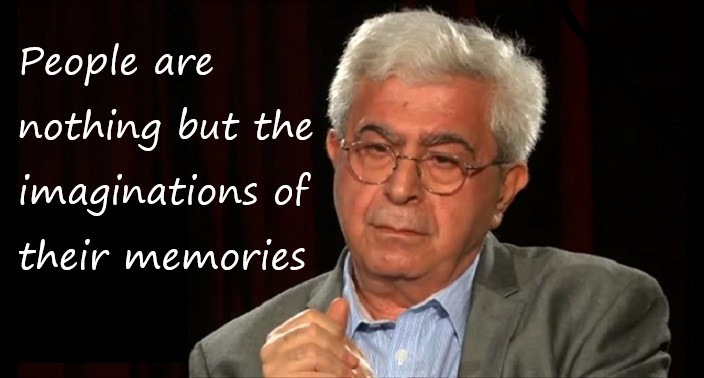 But the one-sided love is not a door, it is an illusion.

A man needs a woman to die

And fill their souls with the sounds of words.

Then I laugh at myself

I do not want this world but to wake you up.

Your truth became inside me

When love passes, it does not return

Social needs need channels that they dig to express themselves.

Here, we arrive at the end of our article about Elias Khoury.

The Historical Novel Elias Khoury Gate Of The Sun
May 4, 2021

The Lebanese Novelist Huda Barakat,life And Books
May 3, 2021