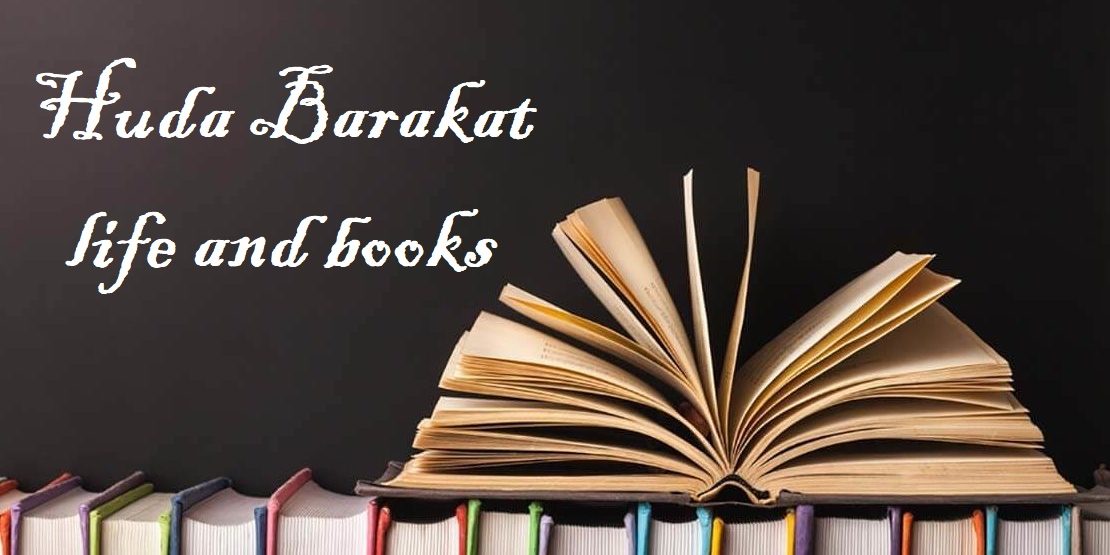 When a writer creates a wonderful work of art, he remains admired over the years

Especially when the Arab literature of the novel is mixed with Western literature in the person of the Lebanese writer Huda Barakat.

She was educated in Beirut and majored in contemporary literature

And moved to France, where Paris and the wonderful French culture

To produce us a wonderful bouquet of distinguished novels and unique writings.

Then she will travel to Paris and pursue her higher studies there. I worked in the field of teaching.

She also worked in translation, journalism and wrote many novels and story collections.

However, she refused to write in any language other than Arabic

Her books have been translated into other languages, including: 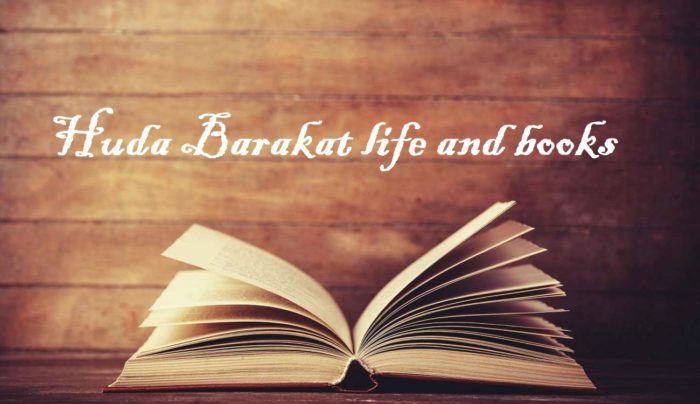 The beginnings of Huda Barakat

In 1975 I graduated from university

She traveled to France to complete her higher studies

But she was forced to return to Lebanon in 1976 after the outbreak of the Lebanese Civil War.

After returning to Lebanon, she worked in the fields of teaching, journalism, and translation.

Then she returned to Paris in 1989 and settled there.

She finished her first novel, The Stone of Laughter, before traveling to Paris, where she published it in 1990

Omar Khater described the novel as the best novel written about the civil war in Lebanon.

In 1993 the novel People of Love was published

Translated into Italian, Spanish, and French.

In 2001 the novel Harith Al-Maa was published, which was translated into English and French

Also, In the same year, she won the Naguib Mahfouz Prize for Literature for that novel

And in 2008 she was awarded the Medal of Merit.

It is a magazine for contemporary Arabic literature

She also made contributions that included the publication of excerpts from Harith Water in the fall of 2009.

In the same year, the novel Sidi and Habibi was also published

Between 2010 and 2011 she was a candidate for the French Research Foundation of Nantes.

In 2013, Barakat was chosen as the first Arab researcher in the Department of Middle Eastern Studies at the University of Texas at Austin.

In 2012 she published her novel The Kingdom of This Heaven

Nominated to compete for the International Prize for Arabic Fiction (IPAF)

In 2015 she was shortlisted for the International Man Booker Prize.

Also, In the same year, the Libyan novelist Ibrahim Al-Koni competed for the Booker Prize

In 2017 she published the novel The Night Mail

In 2019, she won the Booker Prize, as the jury chose this novel as the best work of fiction published between July 2017 and June 2018.

It was selected from among 6 novels shortlisted.

Its writing relationship with war

The war, with its human atrocities and psychological repercussions, is not absent from all of its literary works.

Since her first collection of short stories, “The Visitors”, in 1985

Along with six other novels

But she prefers to move away from the term documenting the suffering of the tormented. She said: What motivates her to write remains far from the obligation to present a document

Because the term “documentation” is far from an obsession with writing.

On the other hand, the reader or critic can resort to such a description

To get to know it and what you want to say or reveal.

As happened in (Night Mail), she began writing with the first message, with only her being the novel

Then, perhaps due to being affected by the scenes of death boats and the stories of migrants fleeing their homelands, the course of the narrative and reality changed.

But he himself does not realize what this part is.

Admitting that her constant sense of alienation is what made her “sensitivity” to the fate of strangers, which she embodied in her latest novel.

When I was asked whether the awards burden a writer

It raises questions of distinction

This is a nice feeling, of course, and carries some reassurance

Especially if you do not have any social activities accompanying your life as a writer so that you do not know anything about receiving the text by the recipient.

This may be the reality of those who live in exile.

“Fortunately for my luck, the estimates came very early, that is, since school days, so I got used to them in some way,” she added.

Then it came from the countries to which my novels were translated, and that confidence was reinforced.

But it should also be said that the issue of prizes is largely an arbitrary matter.

That is, a committee gives you an award

It may not get this award if it was not for this committee in particular.

It is largely a coincidence

The writer should not be influenced by it too much

Especially since there are great texts that did not even convince publishing houses to publish them.

Prizes also put writers in the spotlight sometimes, too much

And occupy their time

And hinder their eagerness to write, or even the purity of their inner world. ”

The language of her heart

Also, And she became attached to her more after her long stay in Paris

Stressing that being able to learn about the cultures of the other is not governed by the place of residence, she said: “My studies and my readings while I am still in Lebanon,

Even during the years of the civil war, it was never (local) or satisfied with what is published around me

Then I also write in French when asked

But writing literature and novels, in particular, is for the Arabic language without hesitation

Arabic is the language of my heart and my breath

Except that unfortunate in this area

It is the lack of interest in our Arab countries and their institutions for our language, and I do not understand the reasons for that.

Etiquette platform is the place you prefer most

See Barakat at the Emirates Airline Festival of Literature

“A place for a meeting with many writers, and an opportunity that promises to get acquainted with their products closely.”

“An event like this makes me feel that I am not always far from the Arab world,” she added

In addition to the high interest and organization of the supervisors of this distinguished festival. It opens wide horizons for writers to interact and learn about each other’s experiences. ”

Huda Barakat life and books, Her most famous books 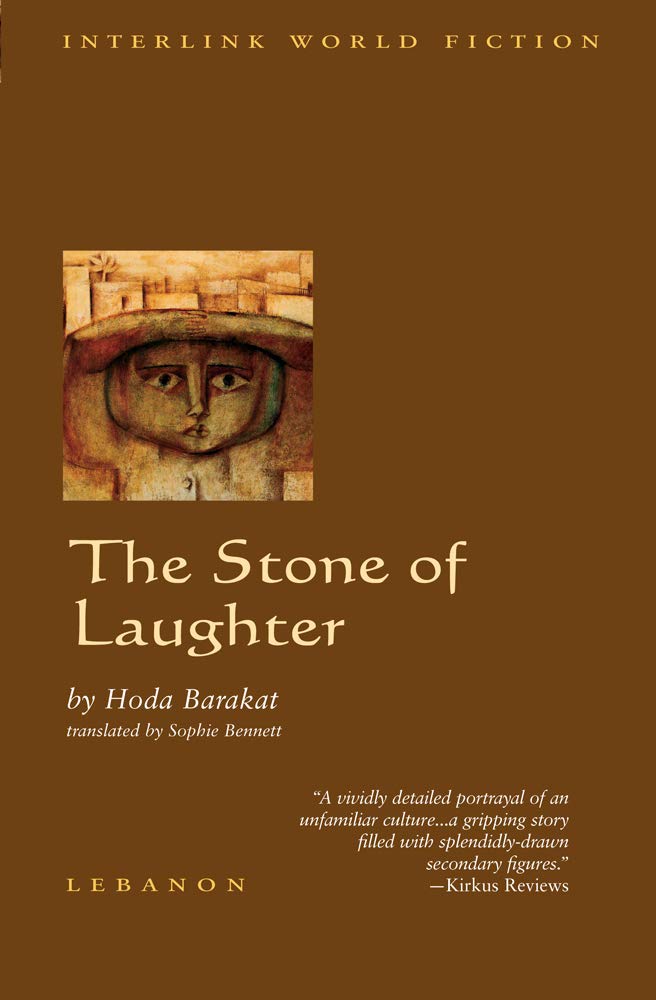 The Stone of Laughter

The author wrote this wonderful book

Even if you did not know what civil wars were, you will learn about all that through this beautiful novel.

More than a wonderful novel

When the reader reads it, he coexists directly with the novel

The narrator, even if some of the characters are mentally ill, especially the protagonist

And his difficult journey with mental illness

And the extent of his relationship with women in his life.

Don’t skimp on time and set yourself time to read this fun novel.

The writer gave birth to this distinguished novel

She describes her feelings of being extremely gentle and polite

In fact, a large number of pent-up desires in women in general that are not easily tolerated by women

And even if some blame the end that the author drew in terms of being a disappointing ending, it is realistic.

How many readers have traveled and know the bitterness of alienation, and there are those who dream of alienation

With this book, you will know what alienation is and what it’s tax. 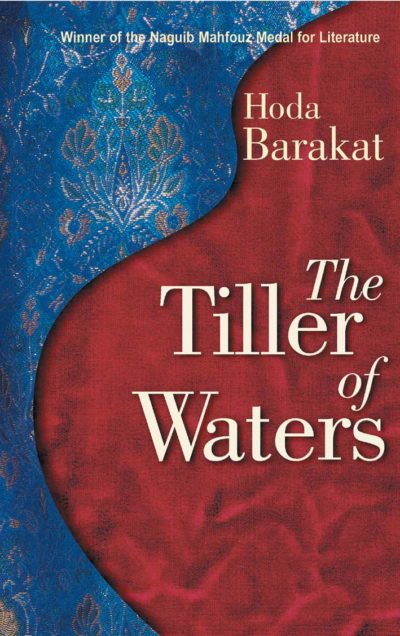 Through this novel, she employs fabrics as the protagonists of the novel

This is in terms of its texture, lightness, and weight, with powerful and attractive linguistic styles

A novel, even if it was strange from the usual, but carried many meanings in its content that confirms the strength of the writer and her professionalism in the literature of the novel

Describe the history of the cloth and its secrets, which we do not know.

The kingdom of this land

The truth is said due to what was witnessed by many of those who read this novel.

It is indeed a wonderful novel and one of the best things written by the Lebanese novelist and writer Huda Barakat.

She expressed the joy that may come out of simple families

Especially the simple peasants who are happy just to feel it and not to pretend.

And also the easy and easy dialogues that resemble those of Naguib Mahfouz in his books.

Buy the novel, and you will enjoy the story of its heroes, Salma and her brother Tannous.

Here we come to the conclusion of our beautiful article

We hope you liked the article

Thanks for reading, dear reader

Quick Facts About The Famous Writer Elias Khoury
May 4, 2021

The Historical Novel Elias Khoury Gate Of The Sun
May 4, 2021